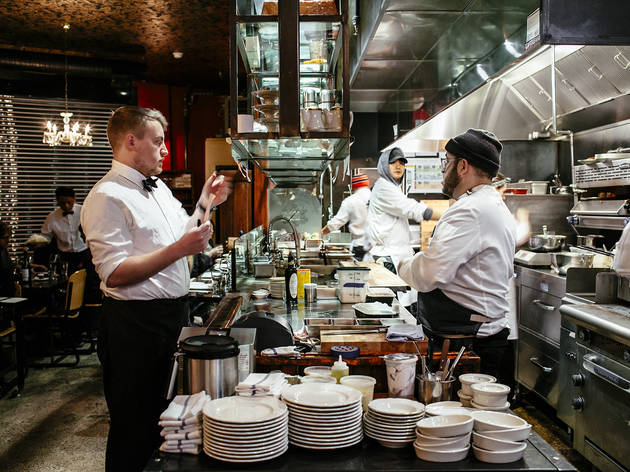 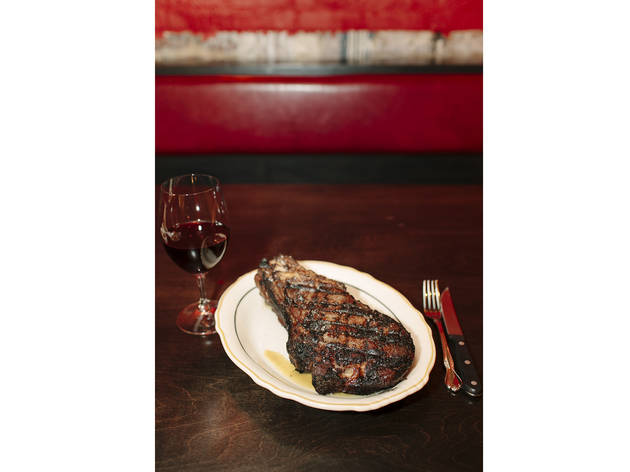 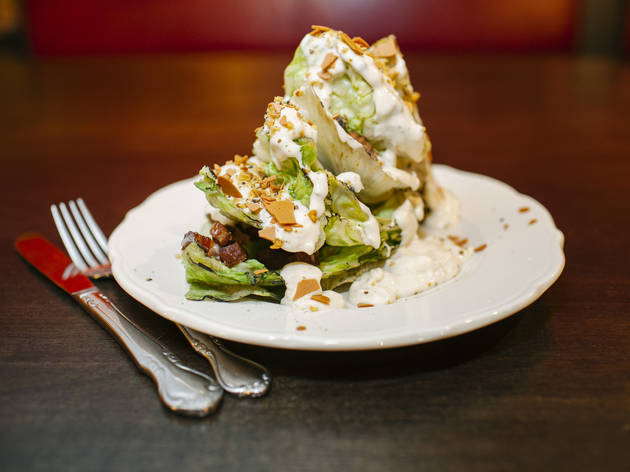 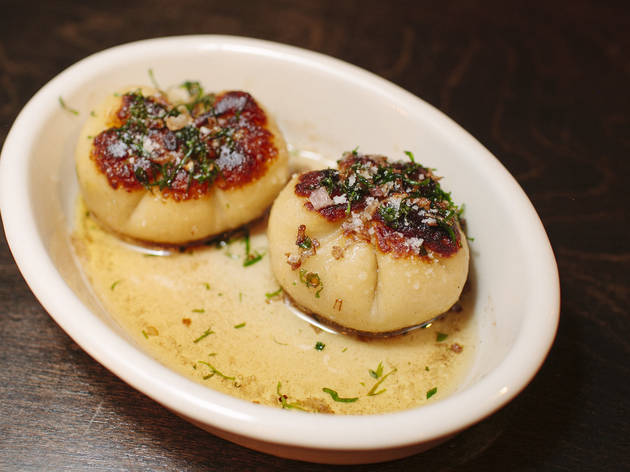 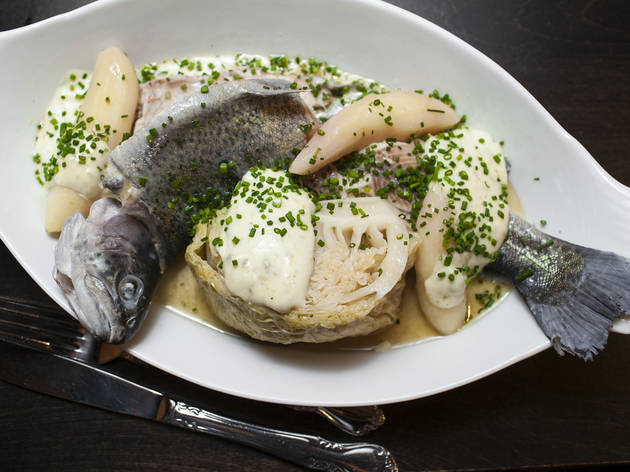 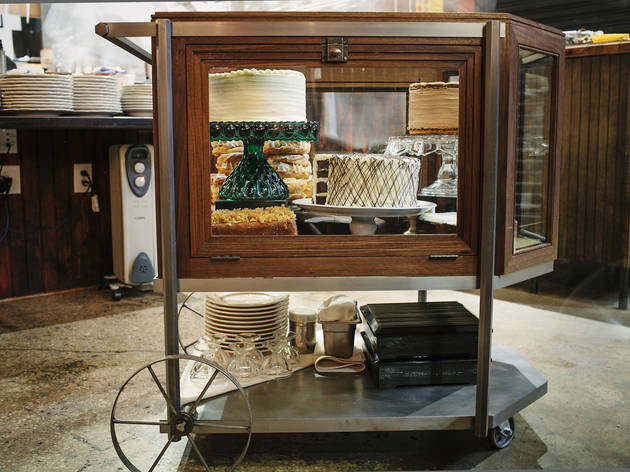 The original M. Wells was like a drug in short supply. Just after we got hooked on its eccentric, carnivorous fare and riveting penchant for excess (a 24-ounce burger, a menu abounding with caviar and foie), the renegade LIC diner gave up its lease, and one of the most exciting restaurants New York had seen in years disappeared.

Quirk power couple Hugue Dufour and Sarah Obraitis opened a more subdued venture—MoMA PS1 ‘s lunchtime cafeteria, M. Wells Dinette—in 2012. But M. Wells Steakhouse is their full-fledged return, with a big-ticket vengeance. Housed in a former auto-body shop, the spot splices class with irreverence; black-tie waiters and a besuited sommelier dart around a room where trout swim in a concrete tank and Canadian-lumberjack movies project onto the wall.

Sporadic bursts of flame from the wood grill illuminate sizzling slabs of flesh, seducing both downtown rockers and Queens families. Contrary to the going wisdom of savvy chophouse diners elsewhere, you should not skip the seafood and salad—the preserved jarred clams ($8) are firm and briny; the charred iceberg ($12), with creamy blue-cheese dressing and sweet dehydrated ketchup meringue chips, is a striking, whimsical wedge.

Service with high-end aspirations is clumsily slow, allowing too much time before the carnal blitz. Dry-aged Nebraska côte de boeuf for two ($130) smacks lustily of the barnyard, enough to pardon its fat-glistened meat for being one shade shy of medium-rare. Dufour’s fluency in foie gras—honed at Montreal mecca of excess Au Pied de Cochon—demands saving room for a side of massive gnocchi ($15) stuffed with luscious hunks of it; firm and crisp, the dough is less gnocchi than kingly knish.

While large-format meats recall the gluttonous communal spirit of the first M. Wells, an Alsatian fish dish captures the madcap opulence that made Dufour and Obraitis’s original restaurant so special. The fresh-killed, whole poached trout ($30) is bathed in white vinegar until its skin turns electric blue, then served with cabbage and potatoes, having been indulgently sopped with brown butter and tartar sauce.

You wish there were more dishes as debaucherous as this. But at a time when new steakhouses are all too often phoned-in, even a watered-down version of M. Wells’s gutsiness is a refreshing evolution.

Behind the bar: The French-leaning list has bottles for every budget, but don’t count on the rushed sommelier spending the time to walk you through it.

Vibe: More intimate and warm than most meat temples, it’s a place where both bearded Brooklynites and Queens musclemen happily wield steak knives.

Cocktail chatter: As a test run, Dufour and Obraitis kept 30 live trout swimming in their apartment bathtub until serving them at a dinner party.

Soundcheck: Even louder than when it was an auto-body shop.