He may not have initiated the recent surge of Roman food in New York, but Maialino—Danny Meyer’s first full-fledged foray into Italian cuisine—sets a new standard within this narrow niche. The restaurant is a painstaking homage to the neighborhood trattorias that kept Meyer well fed when he was a young expat living in Rome. Salumi and bakery stations between the front bar and the wood-beamed dining room—hog jowls and sausages dangling near shelves stacked with crusty loaves of bread—mimic a market off the Appian Way.

The menu, self-consciously regional, offers exceptional facsimiles of dishes specific to Rome—carbonara, braised tripe and suckling pig, among others. To ensure authenticity, Meyer dispatched his chef, Nick Anderer (Gramercy Tavern), to the city on a research trip. Just like his boss, Anderer fell for the ancient capital, and brings to his food an almost academic devotion.

The portions are just as they would be if you were dining in sight of the Trevi Fountain, sized so you can eat like an Italian and settle in for a four-course Roman meal. The antipasti are designed to precede small plates of pasta, which are followed by a meaty main course.

Most are on the peasant end of the spectrum, spare combinations of top-shelf ingredients. Stracciatella, that Roman riff on egg drop soup, is—as it should be—just chicken broth, pepper and egg (the fortified broth, poured tableside, is exceptionally rich). Delicate baby artichokes—deep-fried in olive oil—are served with a pungent anchovy bread-sauce. Honeycomb tripe, braised in a spicy tomato rag until supple, comes showered—in the style of Rome’s old Jewish ghetto—in fresh mint and pecorino romano.

While the pastas that follow won’t put Anderer on the map, they’re as true to the Roman classics they’re based on as you’re likely to find anywhere in New York. Spaghetti alla carbonara is silky with boutique-farm egg yolks, fragrant with guanciale and anointed with heaps of black pepper. The amatriciana sauce on thick bucatini, also featuring pigs’ cheeks, strikes just the right balance between spicy (peperoncini) and sweet (Roma tomatoes), while an oversize raviolo, filled with an ethereal mix of fresh ricotta and spinach around a runny egg, is a decadent interlude before the main course.

Among the minimalist entres, a half chicken cooked under a brick was tender and well seasoned, but austere to a fault, served just with pan juices and a single pickled pepper. The namesake maialino is much more impressive. The golden piglet haunch, presented with haute cuisine fanfare on a big silver tray, lives up to its top billing. It’s returned to the table after being partitioned into meaty trenchers that feed three or four, the skin as crisp as swine candy over moist fennel-rubbed flesh. Though exceptional golden potatoes basted in pig fat are arranged underneath, an la carte side of lemony roasted brussels sprout leaves gives the plate a welcome green addition.

The restaurant, which is new to the Gramercy Park Hotel, hasn’t absorbed any attitude from its snooty surroundings (the velvet-rope Rose Bar is just across the lobby). Instead, expect Meyer’s trademark warmth and impeccable service—reservations seated on time, spills covered up between courses, napkins refolded when you get up from the table.

The beautiful desserts are, like the rest of the menu, faithful to Rome. Torta della nonna is, like versions found all across the city, a mix of toasted pine nuts and lemony custard. Even better is a frozen tartufo—fudgy gelato with a brandied cherry in the center—just like the ones served in the Piazza Navona.

With New York increasingly overrun by complex spins on Italian cuisine, Meyer’s tribute to Rome offers a reminder of just how seductive authenticity can be.

Drink this: The alcohol, as Italian as the food, includes a balanced sparkling Negroni ($13) and a bright, mineral Gavi di Gavi ($39).

Sit here: Dinner is booked weeks in advance—the prime seats are up front near the bread station. Or try your luck at the enoteca-style bar area, which offers a limited menu.

Conversation piece: When he was 20 years old, Danny Meyer worked as a tour guide in Rome. Though his boss called him Meyerino, the nickname morphed into Maialino after he began leading groups to restaurants to feast on the dish. 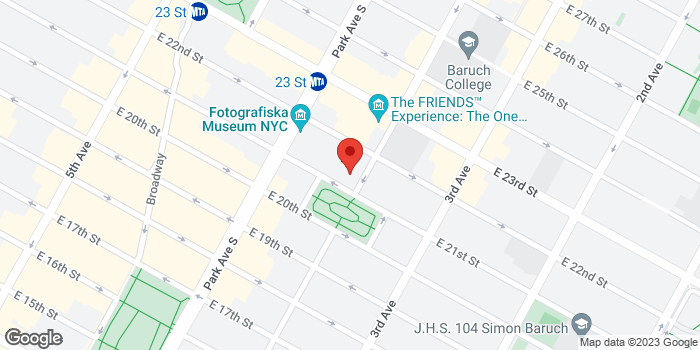