Michael White, who built a national reputation at Fiamma in New York and Las Vegas, only to see his fledgling empire squashed overnight in a partnership meltdown, returned stronger than he left. The chef strives to continue the comeback that began at Convivio and Alto with the new seafoodcentric Marea, his third and most ambitious venture.

An upmarket shrine to the simple pleasures of the Italian coastline, the project is a gutsy gamble from a chef with bravado to burn. The most extravagant New York restaurant to open so far this year, Marea features an enormous menu, daunting prices and almost maniacal optimism (is there another new spot in town offering California caviar at $175 an ounce?). But the restaurant, which took over the space vacated last year by the venerable San Domenico, suffers from a split personality, with a menu sprawling enough to service the two distinct venues it could easily be.

The high prices and opulent dining room—with silver-dipped seashells and rosewood walls cloistered from the street behind gauzy blinds—suggests a restaurant with the loftiest auteur ambitions. While a good chunk of the dishes live up to the setting, many others—the basic iced platters of raw oysters and clams, the la carte whole fish featuring your choice of sauce, cooking method and sides—seem better suited to a far more casual fish shack. White, simply too eager to please, covers all of his bases, with prestarter crostini and fritti (including a delicious snack of lardo and sea urchin on toast), followed by crudo, antipasti, a whole raw bar selection, pastas, risottos, fish, meat and sides.

Most diners here, however, seem to be drawn to the restaurant for the chef’s more distinctive creations (since joining forces with Cannon, he’s cultivated the foodie following that eluded him somewhat in his Fiamma days). While there are very fine raw bars around town, few restaurants do crudi quite like Marea. Adding a few boisterous condiments to pristine raw fish, White creates beautiful and exuberant morsels. A pick-your-own sampler included exceptional sushi-grade tuna with oyster cream and a shaved artichoke chip, striped marlin with preserved lemon and olives, and cuttlefish strands anointed with briny bottarga. The chef gets even more adventurous in a cold lobster starter featuring an unlikely accompaniment: creamy burrata. The unorthodox marriage of seafood and cheese turns out in this case to be truly inspired (that the shelled lobster meat was supremely tender and sweet, and the cheese among the richest I’ve tasted, certainly helped).

White has long ago proved himself one of the city’s top talents with pasta, stamping out a bewildering array of unusual shapes and combinations. His seafood-focused Marea collection is the unquestionable highlight of a meal. Passing around the fragrant bowls of steaming starches, I struggled to pick out a favorite. The house-made fusilli with bone marrow and baby octopus tentacles in an unctuous tomato ragout was a rich, rib-sticking contender. Sedanini (like ridgeless rigatoni) swimming in a smoky cod-chowder sauce—with smoked cod, potatoes and speck—was another.

White seems torn between traditional reverence and his own creative impulses—while the pastas are bold and original, the composed seafood entres show far more restraint. A textbook flaky sea bass fillet arrives in a straightforward—and rather dull—dish with braised artichokes and an herby smear of salsa verde. Even the big, splashy brodetto—featuring a feast of broiled langoustines, grilled swordfish, and stewed shrimp, mussels and clams—was a bit of a washout, the classic tomato-enriched broth mild and mellow instead of briny and rich.

The flawlessly executed if not particularly memorable desserts—fried polenta with basil-flecked strawberries, a rich homemade chocolate-hazelnut Kit Kat—continue in the same scaled-back vein, and confirm an identity crisis that an editing impulse could easily fix.

Sit here: The onyx bar, glowing gold, is an inviting spot for a snack and a drink—or a meal of crudi and pasta.

Conversation piece: Michael White’s introduction to upscale Italian cuisine began at the original San Domenico in Imola, Italy, where he cooked early in his career. Partner Chris Cannon, meanwhile, once worked for the New York San Domenico’s Tony May (who is reopening his restaurant farther downtown later this year). 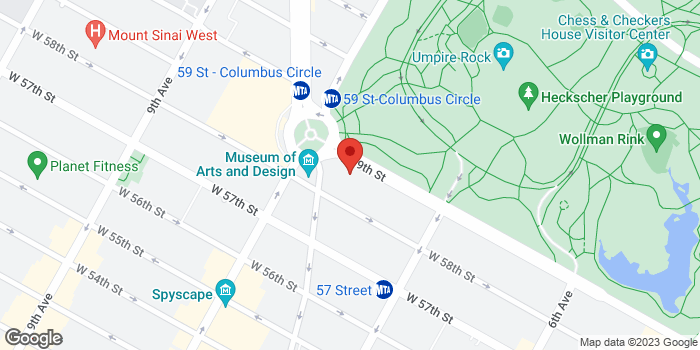