Restaurants Williamsburg
Recommended
4 out of 5 stars 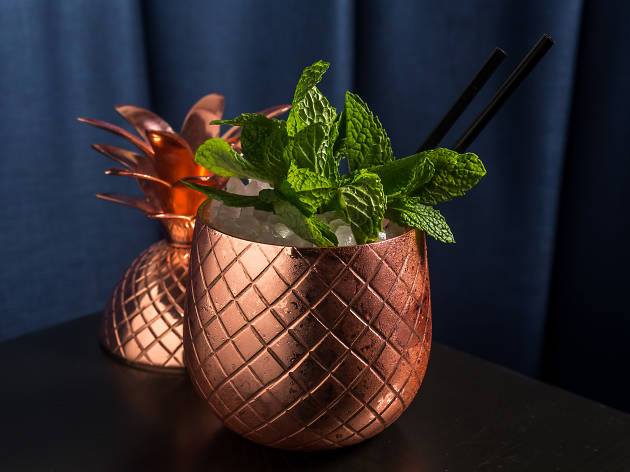 1/5
Paul WagtouiczGiant Julep in a Giant Cup at Midnights 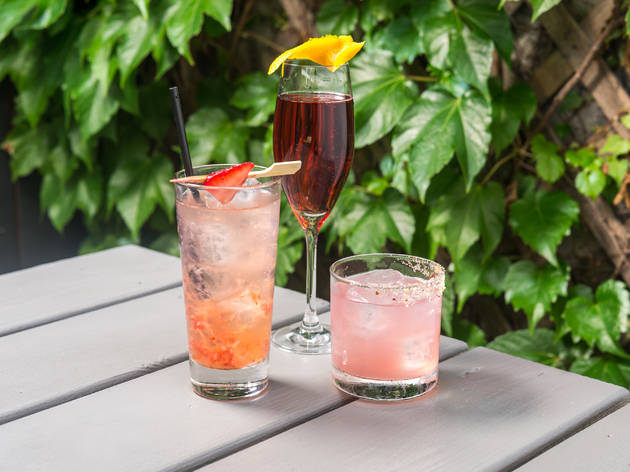 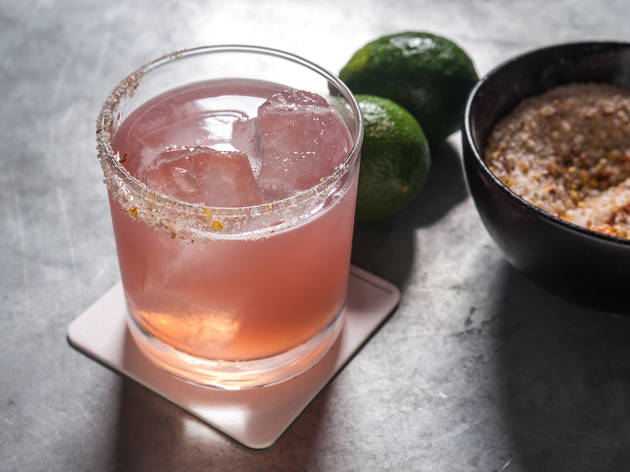 3/5
Paul WagtouiczLime all the Time at Midnights 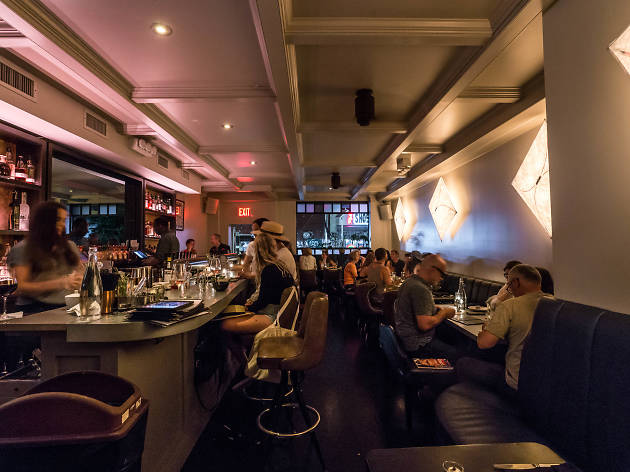 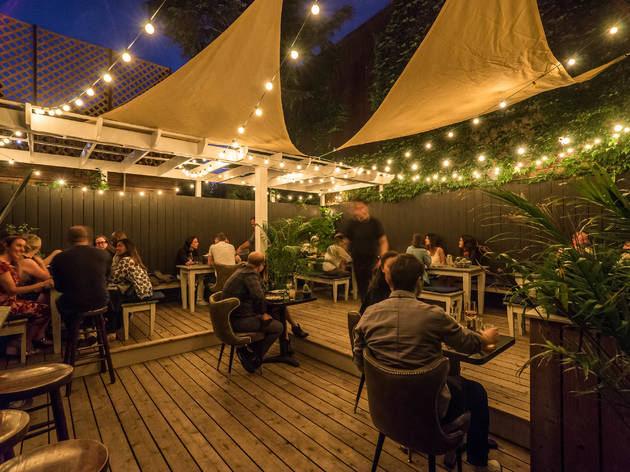 It’s a rare thing: a Brooklyn bar that offers DJ-scored liveliness inside and a relaxing kick-back-with-cocktails space outside. But that’s exactly what you’ll find at the nightlife haunt Midnights from first-time bar owners Devin Schuck and Raffaello Van Couten. The place is bursting with style—on a recent night, choker-necked locals sipped from copper pineapple goblets while ogling the shoes of high-fashion twins Cipriana Quann and TK Wonder—but it’s a kind of cool softened by that tranquil backyard and cocktails that don’t take themselves too seriously. (I.e. you’ll feel comfortable here even if you’re not too cool for school.)

ORDER THIS: The cocktail list is as enjoyable to read as its contents are to drink; along with quaffs named after Bill Murray, Justin Bieber and Barry Manilow, there’s the refreshing White Girl Wasted ($12), a vodka cooler of fresh strawberries, a spritz of lemon and soda water that tastes like a grown-up spring break. The tequila-charged Lime All the Time ($12) is far less dainty thanks to smoky mescal, but pomegranate offers a tart-sweet balance. As for those copper pineapples, they’re employed for the jumbo-size MPK ‘Tiki Cocktail’ ($25), the Instagrammable pièce de résistance loaded with light and dark rum, coconut, orange and pineapple. You won’t remember posting a photo of it, but trust us, it’ll be good.

GOOD FOR: Leaving behind Brooklyn’s Edison-bulb–lit bar scene for a slice of the sunny South. The drinkery’s outdoor garden is an ivy-covered paradise illuminated by strung lights and spacious tables for large groups on the hunt for a spot to squat for hours. Feel-good tunes—think an unapologetic play of Lionel Richie’s “All Night Long”—fuel the fun outside, while spinners in a DJ booth lined with 45s pump classic hip-hop in the inside space, which is fitted with leather barstools, potted plants and a cobalt-blue banquette that runs the length of the joint.

THE CLINCHER: Midnight’s chef, Marcellus Coleman, has an impressive résumé; along with cooking under Daniel Humm at Eleven Madison Park and Wylie Dufresne at wd~50, the chef won Chopped back in season six. Coleman puts those credentials to good use with a menu that spans Thai red-curry mussels ($17) and Peruvian young chicken with a charred-onion salad ($24 half chicken, $45 whole). The kitchen operates until close on weekends, which means you can pair those cheeky cocktails with late-night bites like Wellfleet oysters (six for $18, a dozen for $36) and $8 herb-flecked fries (it’s okay, you’re on “vacay”). Plus, the service is faster and friendlier than any cabana boy could provide.