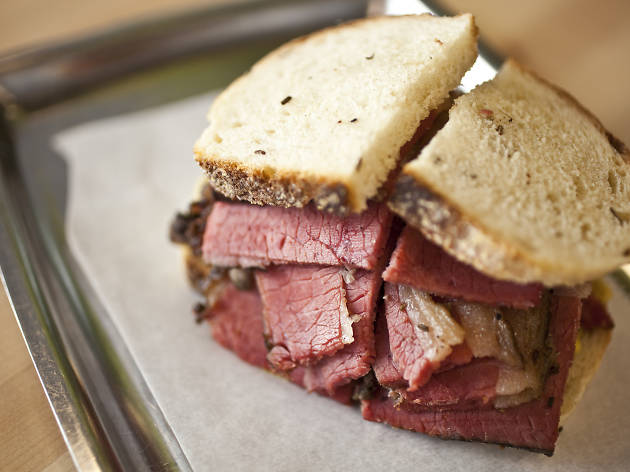 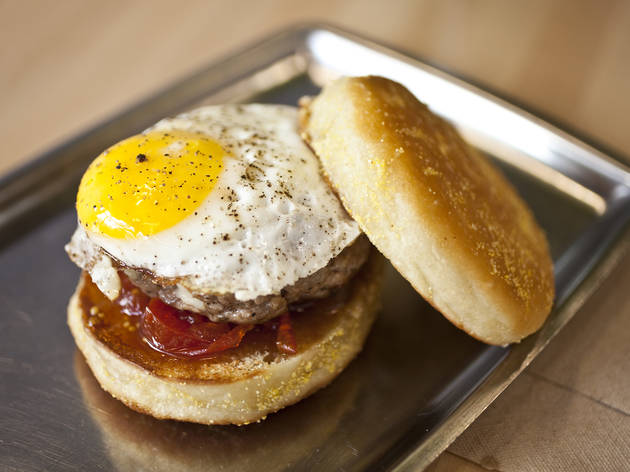 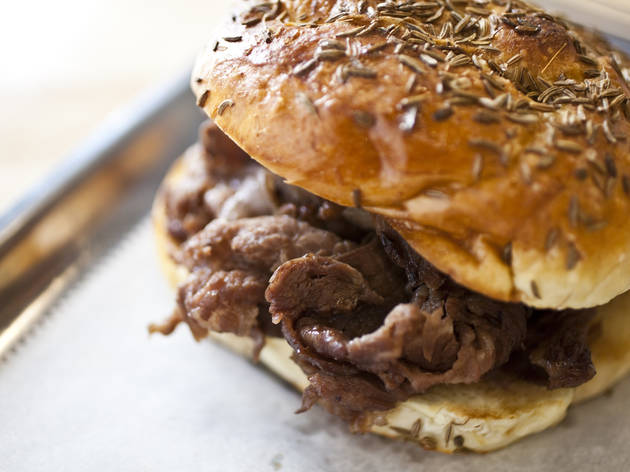 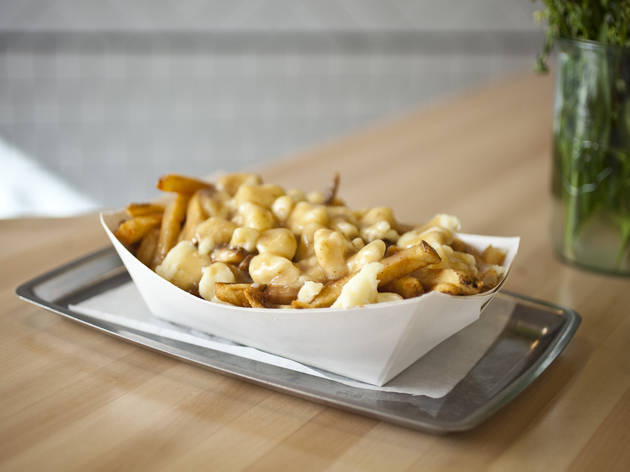 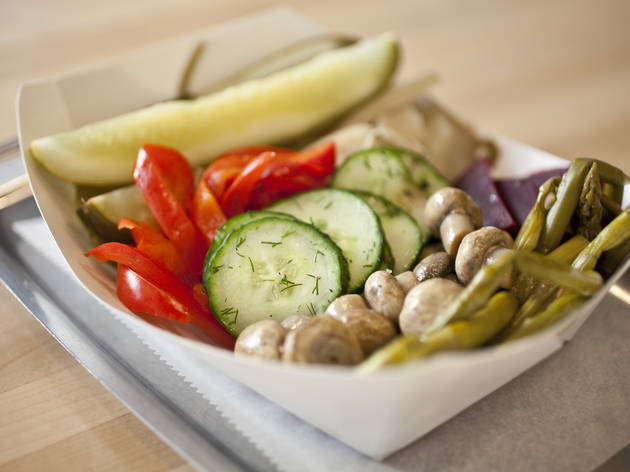 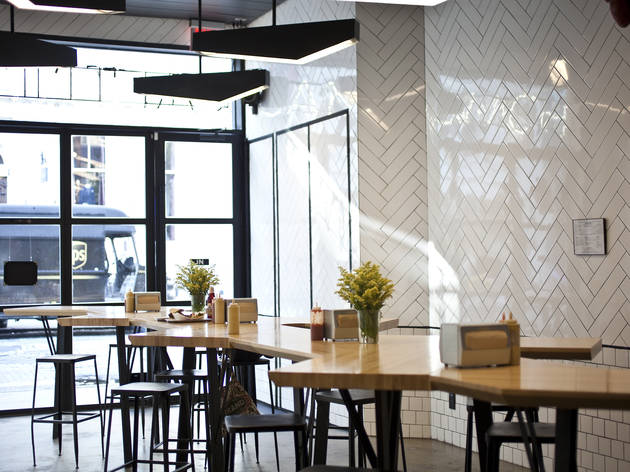 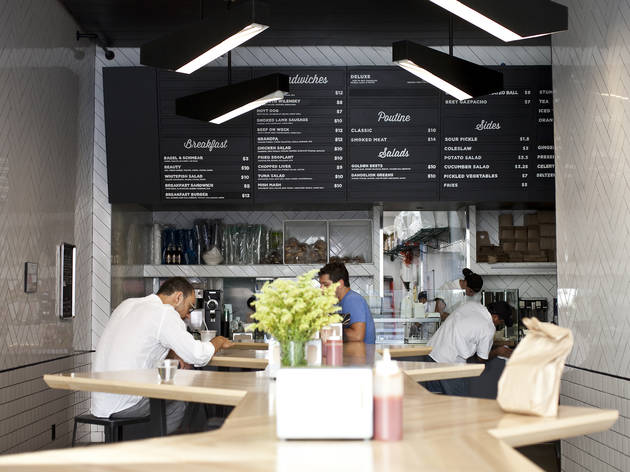 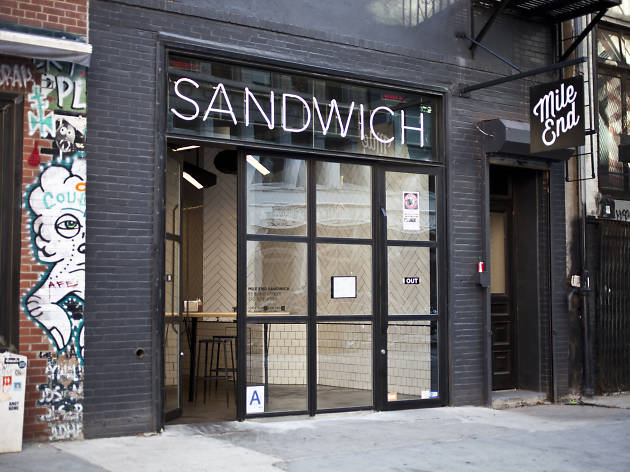 The sandwich shop has never had it quite so good in New York. The field is crowded with purists and renegades, with star chefs and career-changing amateurs, all devoting themselves to making food fast, cheap and, most importantly, portable—so many new hoagies, cheese steaks, tortas, banh mi and stuffed Chinese buns.

Mile End Sandwich, which opened recently near the Bowery on Bond Street, follows the same lofty path paved by ’wichcraft, Saltie and No. 7 Sub, to name just a few of its epicurean forebears.

The neon-bright quick-serve operation expands a sandwich program that’s already among the city’s most cultish, building on the opening menu from the first Mile End, across the river on Hoyt Street. The place launched in 2009 as a Montreal-style deli serving smoked-meat sandwiches and Canadian bagels, before adding more ambitious haute juif cuisine.

At their new sandwich-centric spin-off, Noah Bernamoff and wife-partner Rae Cohen offer the classics still served at the original restaurant—the same succulent hand-cut Montreal smoked meat on Orwasher’s rye, the same malty bagels (once trucked in from up north, now baked in-house) piled high with glistening lox. But that’s just where it starts.

Chefly attention to detail permeates every baroque creation, delicious upgrades on old-fashioned combos. The most indulgent handful—and messiest, certainly—turns a veal sausage patty, apple butter, fried egg and house-baked English muffin into a superdeluxe McMuffin of sorts (a “breakfast burger” available anytime). The inspiration is lowbrow, the execution anything but.

The nods to junky fast food are rare, though, at Mile End Sandwich—gravy drenched poutine is about as guilty as it gets.

Drink this: The sandwich shop serves only nonalcoholic beverages, including Virgil’s cream soda and a not-too-sweet, tart and refreshing house-made preserved-lemon soda.

Sit here: Tall stools ring a communal table that runs down the middle of the restaurant. Those are the only seats.