There isn’t any one single quality that makes a restaurant a “neighborhood place.” The indistinct phrase seems to want to indicate a destination that isn’t too expensive (subjective), where you can reliably get a table (increasingly unlikely in even the most unexpected of places) and you can bring more or less anyone, except for, maybe, your boss’s wife whom you have been tasked to impress in a Bewitched-style madcap caper.

There’s also a less tangible element, an X factor if you’re a hotshot Hollywood agent or a je ne sais quoi if you’re a moneyed 23-year-old with a pack of airport Gitanes, that makes a place feel neighborhoody or homey or, sometimes even just figuratively, comfortable, and newly opened Nabila’s in Cobble Hill has that, plus some of the other stuff.

The family-owned Lebanese restaurant opened on Court Street in May. Nabila is Nabila Farah, who was born in Lebanon and runs a catering company in Virginia. She partnered with her son Michael Farah, formerly in finance, to open their Brooklyn venture. Luis Auhet (Eleven Madison Park, Dovetail, Meadowsweet) is Nabila’s chef de cuisine.

Its sweet corner spot is the kind of intersection that a location scout would be lucky to spy early on an assignment and then spend the rest of the day pretending to work. You will, in fact, frequently see those ALL CAPS neon flyers and the film trucks that follow populating the block. The address seems to need to be a restaurant, the opposite of those apparently cursed venues we can all recall, and it was serviceable as Watty & Meg for many years before closing in early 2020. An unloving Time Out writeup about the previous occupant called the greater area’s offerings “famously mediocre,” a truth that comes and goes and seems somewhere in the middle at the moment. Nabila’s is the type of addition that can help recalibrate things back to good.

“Have you dined with us before?” Nobody asked me that here, but you’ve been asked that before, right? And maybe your friend says, quietly, just to you, something like “I’ve been to a restaurant before,” to imply that the very question is uncalled for. But then there’s some zag and you could have used whatever explanation to begin with.

Nabila’s operates 99% like a standard, sit-down restaurant. You will sit down, for example, especially if it’s closer to opening, before the place crowds up. There are rows of sidewalk seats outside. The large, lofty space inside is bright and highlighted by the sunshine streaming in through tall windows. A few tables are up front, plus specialty pantry provisions for purchase, a register and counter decorated with an abundance of prepared menu items.

Everything here is made before service and throughout the evening rather than to order, which you’ll do all at once back at the register, including drinks, and pay. This adds the faintest seam to adding rounds, but it’s also a fine excuse to get a bottle because you’re alive and summer can’t last forever. (Glasses start at $12; bottles $42; beer $6.) There is standard table service from there, so it’s only the ordering schema and the batch cooking that could merit a visitors’ quiz.

Plan most of what you want (a fun challenge for larger groups) before you head up, but save some table space for something good to spy. The harak osbao ($12) is eye-catching, a lovely blanket of green lentils, crispy onions, crunchy bits of pita and plump pomegranate seeds. It is also very good, and likely responsible for many repeat guests. Here, it's light, and each ingredient is performing at its height to achieve a precise blend of flavors and ace texture.

That’s from the “other mezze” section, which is on the menu between dips, small bites, large plates and desserts, with more vegetarian and gluten, dairy and nut-free options than typical. It's a gift to be able to order from each section, and the simple, expert hummus ($7) is great to start, letting those little individual chickpeas swirled beyond recognition into one wonderful sum fulfill their dip destiny unencumbered by more than a bit of lemon and tahina. The small bites are all $2.50 or less so go nuts, but the sfeeha ($2) is a favorite, with concentrated, convincingly garden tomato notes simmering over the more savory beef with a bit of cayenne and green pepper in a pleasant little two-bite shell.

The mains are substantial and easy to share. The lamb with freekeh ($21) and the chicken hashweh ($17) will, like the harak osbao, probably mint regulars. Everything at Nabila’s is well executed, so the meat is tender and moist and all that—the technical skill here is of an elevated class—which makes the restraint and willingness to season to enhance while otherwise letting the ingredients sing, all the more noticeable. The braised shank breaks apart easily and has a lean richness, and the roast bird recalls fowl’s finest. The former’s slightly puffed accompanying grain’s gentle spring is uncommonly magnetic, inviting taste after taste after you more or less already know what it tastes like. The latter’s basmati is also nicely finished and bolstered by seasoned beef. Additional dip-accompanying pita is offered throughout.

Relatively inexpensive with a high quality for value, not-too-hard to get a seat at times and inviting, Nabila’s has distinct neighborhood hallmarks worth taking a detour toward.

The Vibe: Bright and lofty; a little more cafe-style up front with a larger dining room in the back.

The Food: Billed as “Lebanese home cooking” standouts include the harak osbao, lamb with freekeh and the chicken hashweh.

The Drinks: Beer and wine.

Time Out Tip: Menu items are made prior to opening and throughout the evening, and Nabila’s gets crowded quickly, so visit early if you can. 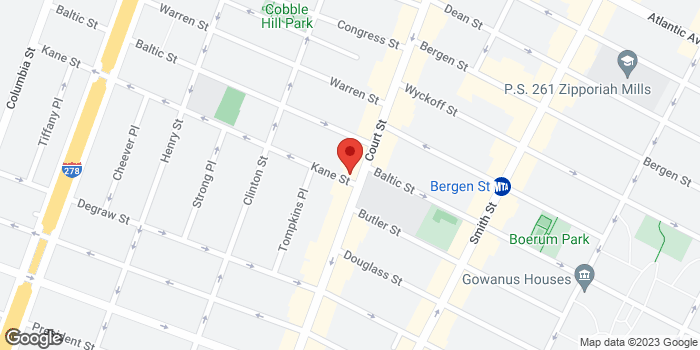 Opening hours:
Wednesday to Sunday from 5:30pm to 10pm.