A multiple-choice tasting for $75 downtown

If we were attractive, successful but sexily unsatisfied near-youths in a film, dinner would be set at Nudibranch. The new restaurant, which operated as a pop-up for six months prior to opening its 34-seat space in March, is both physically and fantastically in the East Village, the latter in the sense of seeming to have sprung from a sort of idealized notion of downtown cool. The vibes are on.

It looks a little like a chic, farmhouse library, with a long high-top parallel with the bar near the entrance, a banquette along the far right wall and a row of wood grain-patterned tables in-between. It’s almost equally white and oak-hued across surfaces of exposed brick and shining tiles. Potted plants and a few populated book shelves are poised throughout. It’s electric, but humming, not blaring, surprisingly roomy considering the small space, and, in an infrequent acoustic feat, more or less fine for a low-stakes private conversations.

Owners Jeff Kim (Atoboy, Eleven Madison Park, Momofuku Ssäm Bar) and Matthew Lee’s (Jua, Jungsik, Momofuku Ko) $75 tasting offers several options across three courses, plus occasional specials and planned seasonal tweaks. A duo of pear wedges from the Union Square Greenmarket is an amuse bouche for the stone fruit’s season, sprinkled with a bit of not particularly additive granola that blasts the bite back to breakfast.

The first official round’s frog legs are a runaway hit, four juicy handhelds fried to pale golden perfection and topped with beautifully perfumed galangal, ginger, kaffir lime and lemongrass. As simply pleasing as the same category’s littleneck clams are (in spite of their fancy dress in ramp, jangajji, plum and a fingerprint of cab), and against the ever-tempting hamachi, this is the choice to beat. Nudibranch could go fast casual with these amphibious babies, hit Shark Tank and rank in single-digit millions from sports arena, shopping network and licensing sales for quite some time. Nice legs.

Selections from the mid section are a tick less impressive under this high bar. Shrimp gets a citron kick and it’s paired with more granola. Promising soba is too improved with the addition of marvelous uni ($20 extra). The noodles are studiously prepared with a bright, umami dusting of bottarga, but, instead of veering into gilded lily effect with the two sea delicacies, it all needs the supplement to sing.

Plates ascend again in the last section, which includes a deftly executed grilled steak with Thai basil chimichurri and a buttery finish that’s in a sensation class with that earlier urchin, reaching to top chophouse heights, great aside from forgettable accompanying taro sticks. And stylistically undersold as “mushroom” on the menu, Nudibranch’s are the best I’ve ever had, essential not only to this address, but also to a dining zeitgeist where perfunctory plant based efforts often wilt. An earthy purée at the bowl’s base is crowned with a silken egg yolk that, blessedly, does not recall morning meals. Impeccably prepared fungi varieties like trumpet, hen-of-the-wood and hon shimeji are imbued with flavor and alternately buoyant, crisp, plump texture and an impact that runs over their combined square inches by a mile. It ranks high among NYC’s best new menu items.

The Vibe: Buzzy and library-cool without the required reading.

The Food: Many selections across three courses for $75. Order the frog legs, add the uni if you get the soba, and do not leave Nudibranch or NYC without trying the sensational mushrooms.

The Drinks: Cocktails are $17 each and some pleasing bottles of wine start at $60. Glasses and beer are also available.

Time Out Tip: Nudibranch will be on break from August 23 through September 7. 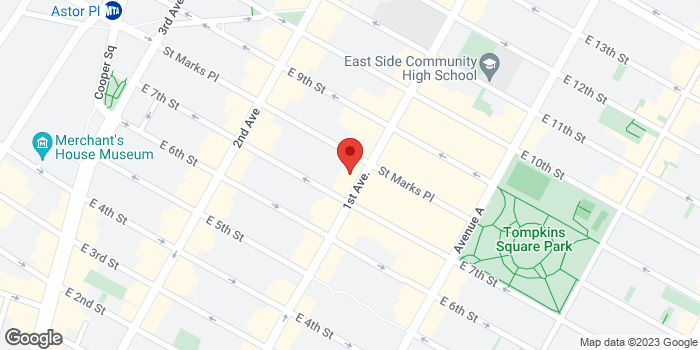