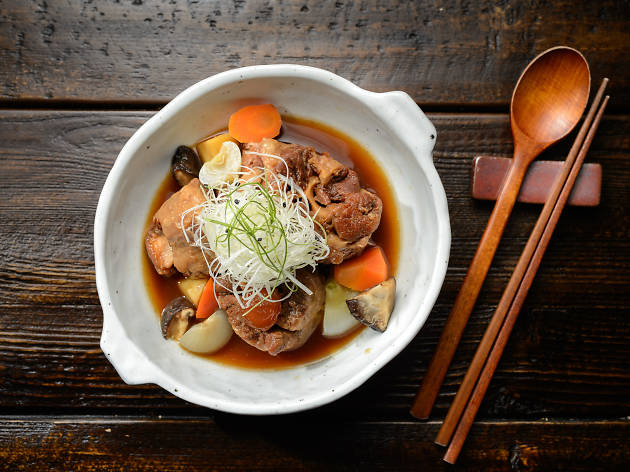 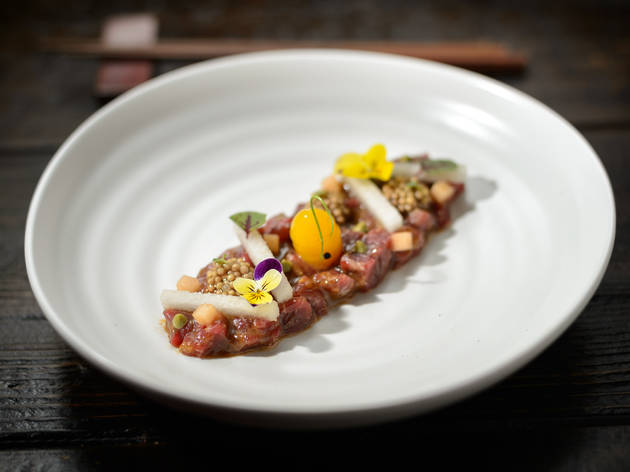 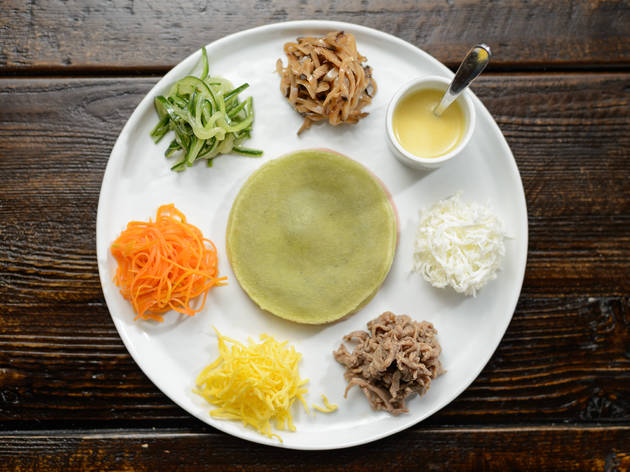 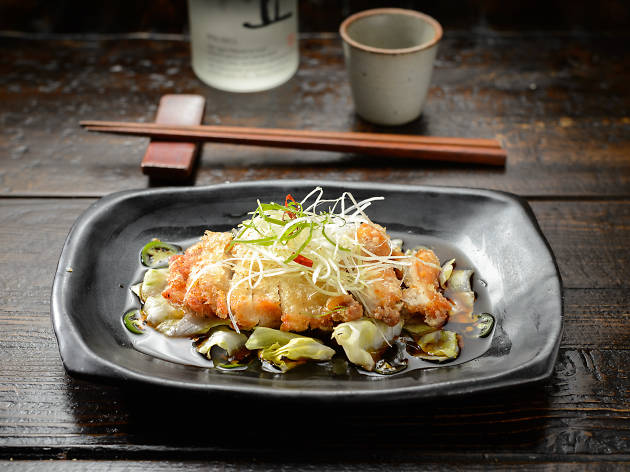 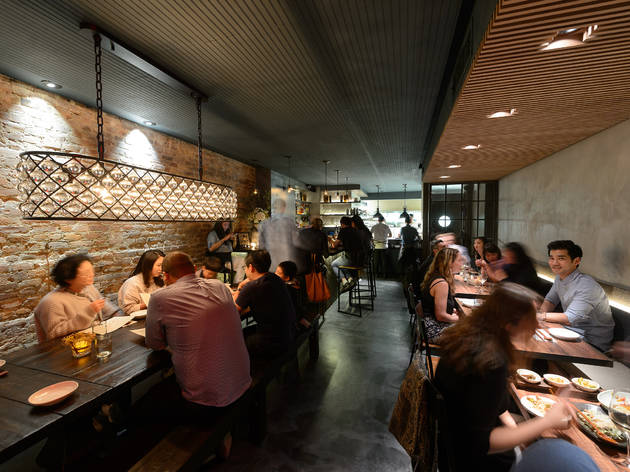 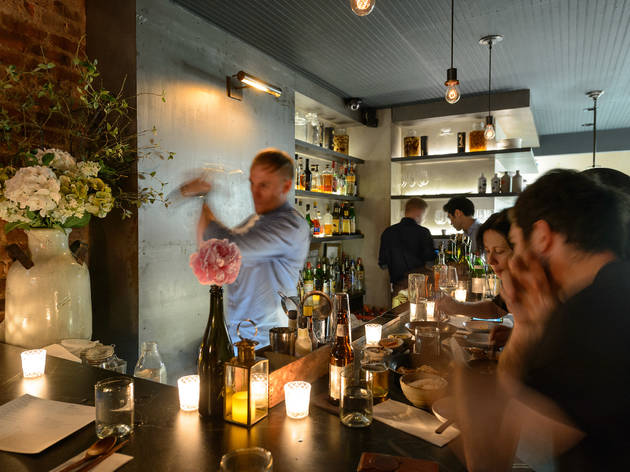 The ultimate Netflix-binge, couch-potato snack has arrived, New York—it’s the honey-buttered chips at Oiji, an instantly craveable take on the cultish South Korean junk food that coats thin-cut potato crisps in a salty-sweet, nectar-of-the-gods glaze. It’s the last thing that comes out of the kitchen during a meal here and the first thing you’ll order when you return.

It’s not the only successful Korean retooling that South Korea–born fine-dining vets Brian Kim and Tae Kyung Ku (Bouley and Gramercy Tavern, respectively) put forth at their neoteric East Village nook, a kind of moodily lit, Lou Reed–soundtracked soul sister to across-the-street Hawaiian outfit Noreetuh in both spirit and scope.

Bibimbap is deconstructed into a DIY “seven flavors” ($14), whisper-thin rice-flour crepes joined by a range of toppings that include julienned carrots, shiitake mushrooms and egg whites. Craggy Korean fried chicken is reborn as arguably the most ethereal chicken cutlet ever ($13), trading grease traps of batter for a delicately crisp tapioca coating, and slow-braised oxtail ($23) is a handsomely refined rendering of the home-cooked classic, highlighting sweet, gelatin-rich meat with the loosest of grips on the knobby bones it’s served on. The artful beef tartare ($16) looks like tweezer food, with its dainty, deliberate installations of pickled mustard seeds, crunchy daikon batons and pats of ramp aioli nestled atop rosy cubes of beef, but its liberal sesame-oil dressing summons traditional Korean raw-beef yukhoe.

Missteps are, graciously, few and far between. Pork proves to be problematic, with slips of brined trotter arriving rubbery beneath preserved Meyer lemon and coins of red chilies ($13), and slow-cooked pork belly stewed with kimchi lacks that lusty fattiness desired from the cut ($16).

But then you get a spoonful of the truffle seafood broth ($18), embellished with a few supple, fresh mussels, calamari rings and sizzling slabs of puffed crispy rice that wondrously don’t sog while soaking up the flavorful stock. And the only problem you’ll be able find is that there isn’t more.