A young chef can go only so far in the shadow of a superstar. Many of the cooks running New York’s top kitchens toil in obscurity for years—at restaurants like Jean Georges, Daniel and Babbo—keeping their egos at bay until an opportunity presents itself for a stage of their own.

But Michael Toscano—who ran the kitchen at Mario Batali’s meat palace Manzo—caught the eye of the food cognoscenti even without his name on the door. His high-caliber cooking earned him plenty of critical praise and a James Beard Award nomination last year. It was just a matter of time before he pursued a more personal place.

That restaurant, Perla, is a project he shares with affable restaurateur Gabriel Stulman. It’s the latest piece of the Wisconsin native’s growing West Village empire—a snowballing dominion that also includes Joseph Leonard, Fedora and Jeffrey’s Grocery. Stulman is a high-profile partner to be sure, leveraging his neighborhood goodwill to keep the place packed from Day One. But Toscano is the real star here: a virtuoso teasing freshness and excitement from humble Italian fare.

The space itself cuts a fitting jib for Toscano’s ambitious food. Stulman built an electric vibe here, with his usual mix of house-party warmth and clubhouse decor. There’s drop-in dining at the bar and kitchen counter, and big tables packed with friends of the house. This is a serious restaurant with a relaxed point of view, as buzzy already as celebrity haunt Minetta Tavern, just across the street, and with a similarly nostalgic feel to its tarnished mirrors, mismatched filament bulb fixtures and tufted red leather booths.

The chef, building on the carnivorous work he started at Manzo, has moved his creative compass here way beyond meat, riffing on Italian classics with an enormous menu that invites pass-around sharing and anytime, anyway-you-like-it dining. Pop in early or late for cocktails and snacks at the bar—both are fun and delicious. Sip on a zingy Georgia Armani (sparkling wine with peach bitters), say, while scarfing house-fried potato chips coated in amatriciana dust (a genius mix of powdered tomato, onion, guanciale, garlic and chile). The chef’s foie gras tramezzini—a sort of upmarket PB&J featuring crustless white bread with cherry jam, pistachio butter and creamy duck liver terrine—is just as off the charts. Add a big plate of house-cured prosciutto cotto, mellow Berkel-shaved ham from Raven & Boar pigs (raised Parma-style up in Westchester), and it’s almost a meal. A composed salad of brussels sprouts—in caramelized hunks and raw shavings—with roasted butternut squash, charred scallions and creamy goat’s-milk ricotta, ought to take it over the top without cleaning you out (dinner here can quickly add up).

Stulman and Toscano, though, would certainly prefer you settle in for the long haul, which could explain the chatty waitress who encourages ordering four courses apiece. If you’re feeling flush and famished, your feast might begin with cool pieces of lobster served with smeared robiolina and a sprinkle of caviar—a cheese and crustacean pairing to rival Michael White’s signature burrata and lobster. Braised and grilled octopus, the meaty tentacles beautifully charred on the ends, is a less extravagant choice but also a good one, draped on crispy fettunta (grilled country bread) and a sweet-and-sour stew of pickled eggplant and oven-dried San Marzano tomatoes.

Handmade pastas are modestly portioned enough to work just fine as a shared middle course—their suggested timing, should you choose to accept it. If you’re going all in, stuffed shapes—the translucent brown-buttered tortelli with Technicolor ricotta-beet filling or short-rib-filled agnolotti sauced in meat drippings—are the best way to go.

The generous entrées, hardly scaled back for a many-course meal, have self-confident swagger, all big, bold proteins under an assertive sear. The whole blistered branzino, cooked fast in a wood-fired blaze, arrives smoky and succulent. They’ll fillet it for you, delivering the juicy flesh—fragrant with lemon, oregano and garlic—on a boisterous caponata of eggplant, fennel, pine nuts and olives. Two cuts of lamb on one plate—rosy saddle beside confited breast—are gutsier still, served with nutty fregola (Sardinian couscous) and doused in a Calabrian chile vinaigrette. But brined beef tongue, charred black on the grill then sliced thick on the bias like a porterhouse steak, goes most out on a limb, delivering a whole new spin on tongue—crisp on the edges and supremely tender inside—with caramelized ramps (while they last) and white bean ragù.

Desserts, by Toscano too, include a light ricotta cheesecake with a sweet-and-tangy balsamic cherry jam, and an apple-fig upside-down cake that’s like a cross between tarte Tatin and sticky toffee pudding.

For chefs who have done well running other people’s restaurants, the move into the spotlight doesn’t always go this smoothly (see Jonathan Benno at Lincoln). But Toscano seems to have wasted no time getting up to speed here. With his bold, playful food, and Stulman’s trademark bonhomie, Perla has all the trappings of a classic in the making.

Drink this: The playful cocktails, as well-crafted as the food here, feature offbeat house-made ingredients like the peach bitters in the Georgia Armani and carrot spray mixed with Cherry Heering and rye in the dark and complex Yosemite Sam Parker (both $13). The well-curated, but pricey, list of French and American wines includes a fruit-forward food-friendly Zerbetta Barbera ($62).

Sit here: The tall stools at the front bar and kitchen counter out back are the easiest to score (they’re all saved for walk-ins). The reservation-only booths, though (for parties of four or more), are a much more comfortable place to spread out.

Conversation piece: Stulman’s first restaurant was named for his grandfathers, Joseph and Leonard. The new spot is dedicated to his mother, Perla, whose photo hangs in the open kitchen (along with a picture of the chef’s mother, too). 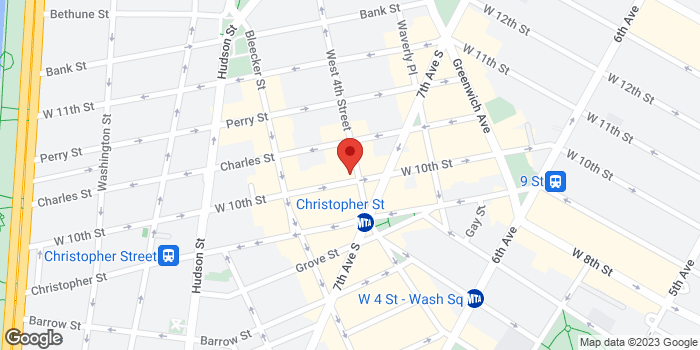