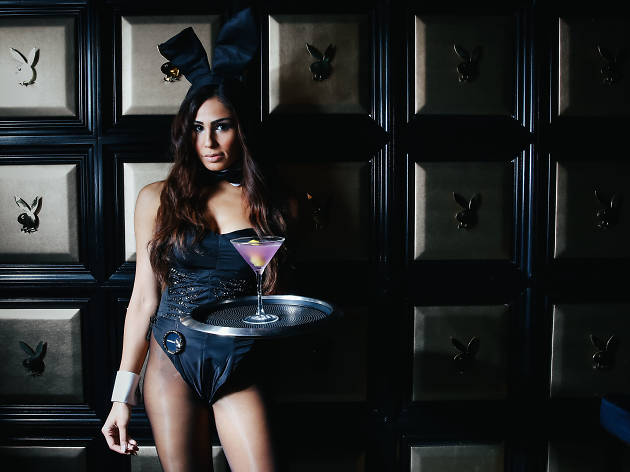 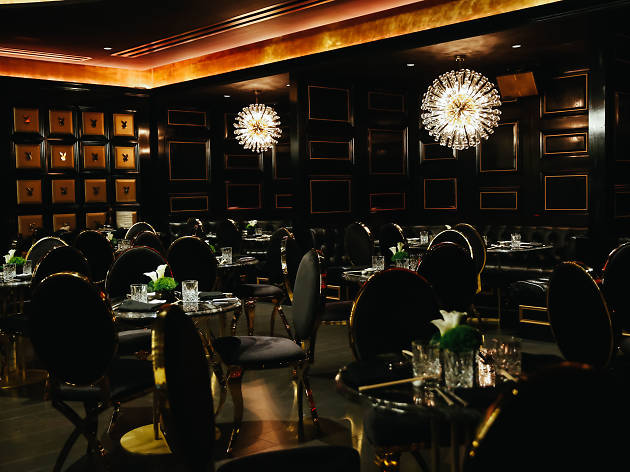 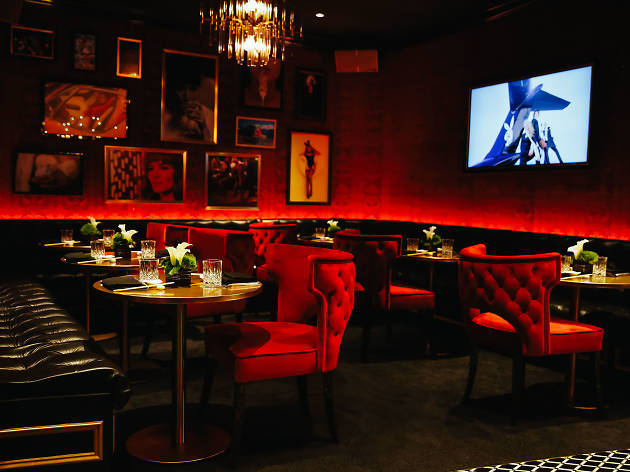 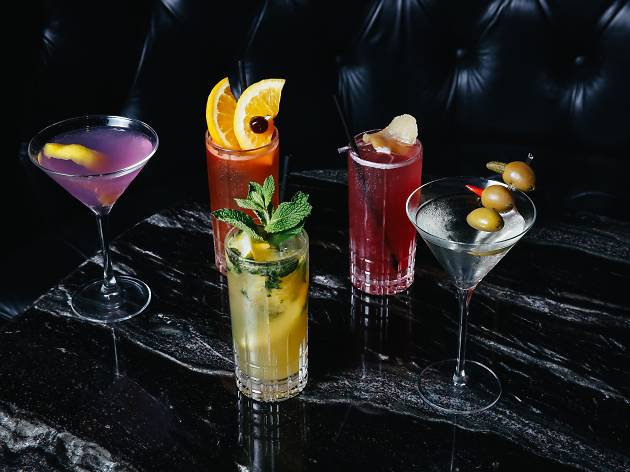 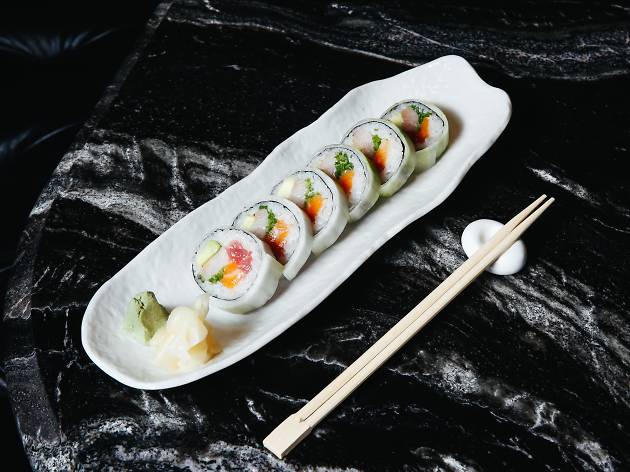 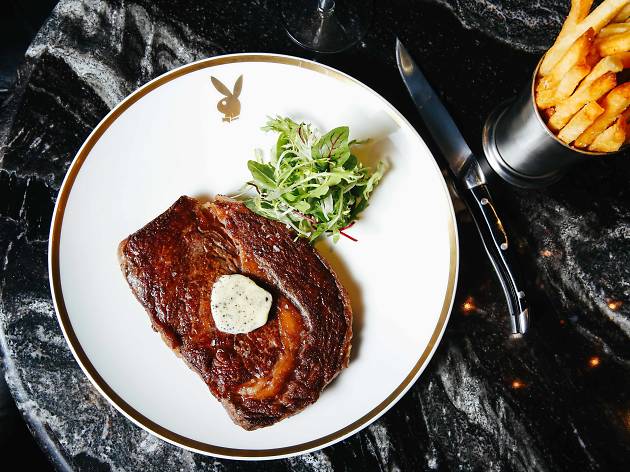 My original reservation at the Playboy Club was canceled the morning of. Through a voice mail, the hostess explained in a well-rehearsed speech that the space was closed for the next three days, as foreign dignitaries were holding their U.N. summit meeting there.

After playing the message back several times, I called to reschedule (and to clarify), and she confirmed: “Crazy, right?!”

When I finally arrived on a recent Wednesday night, checking in through two bouncers and passing red-velvet ropes, the first person I saw inside was a Bunny at coat check. As a ’90s kid whose exposure to Playboy was limited to bedazzled keychains on middle-school backpacks and half-watched episodes of The Girls Next Door, seeing a Bunny in person for the first time was like seeing Big Ben in London or Mickey at Disney—they actually exist! And they are just like the photos!

There’s no shortage of them in the revamped New York club. The Bunnies, donning the original suit, are greeting you at the hostess stand, they’re posing for group shots against the wall, they’re on the wall (in vintage photographs), they’re standing idly between orders, they’re serving drinks (although they are most certainly not making drinks). They’re all there, sauntering through the gorgeously lush main room—a dimly lit circular space anchored by a glowing, oval bar that is surrounded by dark, marble-top tables, red-velvet chairs and black wood-paneled walls.

For all the hullabaloo concerning the opening, the actual experience was remarkably subdued. The Bunnies were exceedingly polite and hospitable, similar to a group of dolled-up sorority sisters hosting you on the last night of rush. Meanwhile, the guests dining there for business meetings and date nights acted oblivious to the Amazonian women sashaying around in fluffy bunny tails.

Maybe it’s at that point when it all starts to feel a bit silly. Or maybe it’s when you fork over $29 for a six-piece (granted, melt-in-your-mouth) tuna-salmon-yellowtail roll in a room plastered with bunny-head logos. Or maybe it’s when your date mentions that the soap dispenser in the men’s bathroom has an unusually forceful spurt. (Ahem.) Nevertheless, your wallet can expect the same high-velocity release thanks to dishes like the sumptuous $58 wagyu rib-eye steak frites or the addictive $23 pot of edamame hummus with crudite.

In comparison, the $18 to $20 cocktails are downright reasonable. The El Hefe is a citrusy and smoky mix of mezcal, Patrón tequila, berry liqueur and ginger beet, while A Bunny Thing is reminiscent of a sweet tiki tipple, thanks to the rum, milk punch, green Chartreuse and pineapple juice. And the gin-spiked Silhouette is surprisingly complex, with a sneaky tart aftertaste from the maraschino and lemon.

There has been much politicking about where a Playboy Club fits in 2018. To everyone’s surprise, perhaps, this refurbished iteration bypasses those dramatic projections to become something else entirely: upscale, pleasant and quite prosaic. Some would even say, fit for a dignitary.