The New York restaurant scene changes faster than fashion, with food trends shifting from cutting-edge cool to mainstream ubiquity as quickly as harem pants. Back in 2005, there was no such thing as the quintessential new Brooklyn restaurant—no Roberta’s, Vinegar Hill House or Buttermilk Channel—an archetype now mimicked by cynical marketers around the country. The form was just starting to take shape at rustic venues like Queen’s Hideaway, which opened that year in early-gentrification Greenpoint.

The restaurant garnered decent reviews and a significant following for its quirky, Southern-inflected Greenmarket fare—food with more heart than polish—served in a raffishly charming DIY space. In 2009, after a dispute with the landlord, its young chef, Liza Queen, shut down the restaurant, then set out on an overseas trip to find herself.

The project may lack the pioneer spirit of its forerunner, but there’s a quiet charm to the food and the space. The new venue reflects lessons learned from the old one, with more serious prices and grown-up decor. The attractive, vaguely industrial setting, by hotel designer Samantha Crasco—Queen’s sister, cutting her sibling a break—features a curvy wood bar, white fabric lamps, and tables and chairs in a utilitarian shade of armed-forces green.

The restaurant’s frilly farmhouse fare—more Etsy than Gilt—can be a low-key pleasure to eat, but is across-the-board priced a few bucks too high, particularly given its problems with inconsistency. The chicken liver mousse with roasted peach halves and grilled crusty bread might be a fine-enough starter, if the mousse itself weren’t so gritty and runny. And while rémoulade-slicked cornmeal-crusted oysters are certainly tasty, the squash cakes beneath them are too thick and gummy.

Even the most proficient fare here is too understated to make much of a splash these days. Fresh cannelloni filled with herbed ricotta and summer squash might be a lovely light lunch in the country, but they don’t make much sense on a $17 big-city small plate. And a fluffy Dutch pancake, topped with goat cheese and honey, is an odd start to dinner, though it would be perfectly enjoyable at a casual brunch.

The entrées, meanwhile, skew heartier than you’d think, given the prices and chefly descriptions. Pork ribs ($24) with “rhubarb gastrique,” “fennel-orange peel pickles” and “corn bread upside-down cake,” as described on the menu, turn out to be pretty classic sweet-sticky barbecued ribs with corn bread and braised peppery greens. The various elements could as easily be served at a church social potluck. Brick-roasted chicken hits the same comfort-food high notes, the super-succulent poultry served with buttery carrots and a lemony sauce—a concentrated version of avgolemono, the traditional Greek egg-lemon soup.

None of this food is as inspiring or groundbreaking as Queen’s cooking seemed back in 2005. Still, you’ve got to applaud her get-up-and-go—back on the scene giving it another shot. There’s an earnestness to the enterprise that might win you over—in the affable chef holding court at the bar, the old friends stopping by (some of them built the furniture here), the artisanal chocolates paired with cheese and sweet wine served instead of dessert. While Potlikker is certainly easy to like, in Brooklyn these days that’s not quite enough.

Drink this: The beer and wine list here is as understated as the decor. With the summer menu, try the light and fruity amber ale from San Francisco’s Speakeasy Ales & Lagers ($6).

Sit here: The best spots for soaking up the familial vibe are at the stools around the bar or at the kitchen counter. The tables at the front of the restaurant offer prime people-watching views onto Bedford Avenue.

Conversation piece: The restaurant is named for the broth left over in the pan after cooking collards or other stewed greens. This Southern food term (that “pot liquor” is sometimes quaffed as a drink) is also occasionally used as an insult. 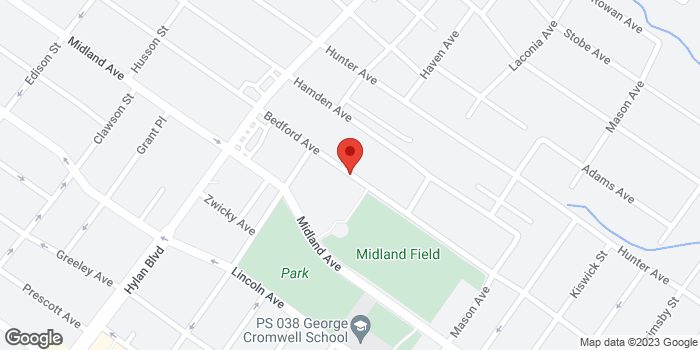