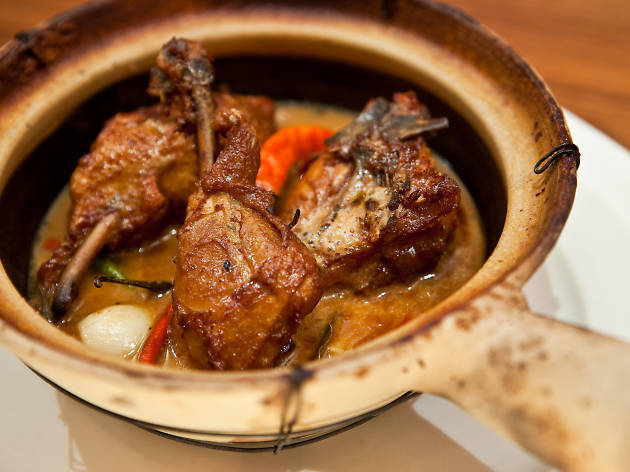 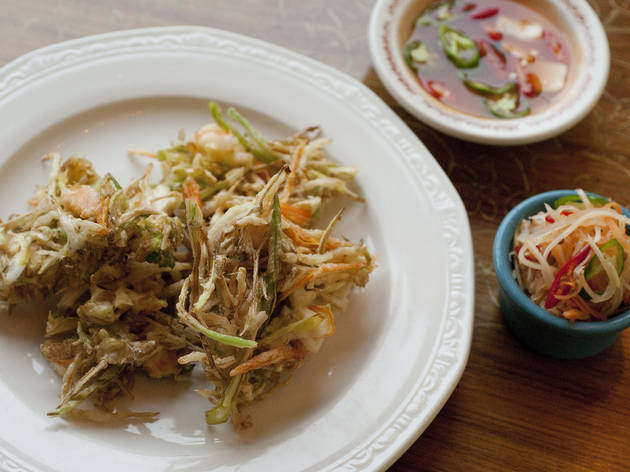 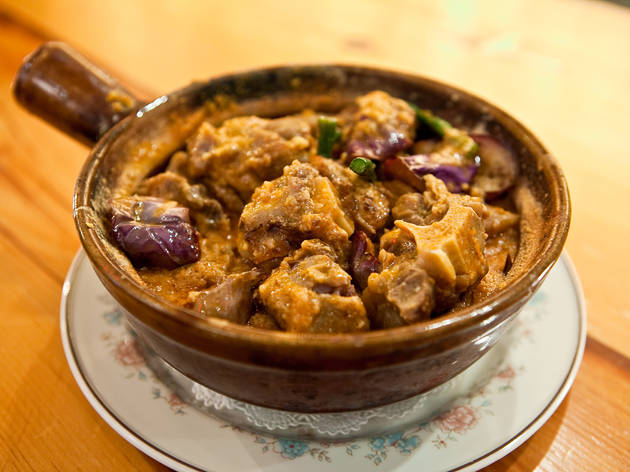 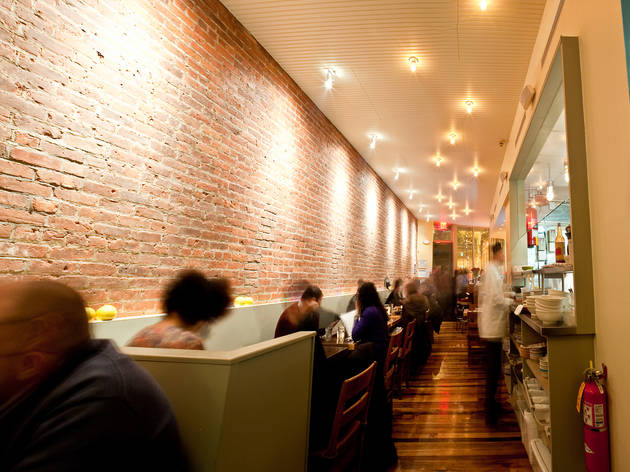 Despite the ubiquity of sushi spots and Chinese joints, some Asian cuisines are still under the radar in New York. Top chefs like Jean-Georges Vongerichten have long embraced Thai flavors, and Vietnamese is enjoying a citywide renaissance thanks to Michael “Bao” Huynh, but the cooking of the Philippine archipelago has never made major inroads beyond immigrant enclaves. This despite the best efforts of Amy Besa and Romy Dorotan, who for 15 years brought their native cooking to a gentrified corner of Manhattan.

The couple ran Cendrillon in Soho until last spring, when it became an early victim of the recession. The restaurant distinguished itself with its mix of Filipino classics and modern fusion. Purple Yam, its Brooklyn redux, is more traditional than its precursor. A few regional detours and multinational mash-ups endure—including a bland minipizza topped with mozzarella and a sort of wild-boar bolognese, and a pork slider on a mealy purple-yam roll—but it’s the by-the-books Flipino dishes that truly shine.

That pizza and slider were the only real clunkers of a recent family-style feast. By 8pm during that visit, there was a standing-room-only bottleneck that both the guests and amiable waitstaff took in stride.

Dorotan and Besa have settled into a neighborhood that’s clearly grateful to have them. Purple Yam, which is in the heart of Ditmas Park’s new restaurant row—the Farm on Adderley and Picket Fence are on the same street—is a sleek slice of Soho transplanted to a part of Brooklyn where ethnic eats abound, but boutique dining options are still limited.

Even if you live nowhere near Ditmas, Purple Yam’s best dishes are worth an excursion. Filipino artist Perry Mamaril (also a former Cendrillon sous chef) helped transform a former 99 store into an Asian retreat, with a bamboo light fixture that glows gold behind the bar. The restaurant’s superior chicken adobo, the national dish of the Philippines, features on-the-bone nuggets braised in a soy-vinegar mixture cooked down to a syrup. The dish is simple and remarkably rich, with a buttery finish that comes from the last-minute addition of coconut milk.

Crispy fried pork belly (lechon kawali), another exceptional signature, predates the citywide mania for the oversold cut. Spoon-tender oxtail with baby eggplants and long beans in a thick peanut gravy (kare kare) is the best sort of Filipino home cooking, as is the fiery goat curry, featuring earthy chopped meat in a velvety coconut-milk-enriched gravy, with delicate rice crpes for wrapping it up.

For Filipino-food novices, the desserts will be as intriguing as they are unfamiliar. The champorrado—essentially chocolate rice pudding—is a breakfast dish, repurposed here with Belgian chocolate and strong coffee ice cream. The more unusual yet delicious buko pie features a flaky crust filled with custard made from macapuno (a waterless coconut filled with gelatinous flesh).

None of the fare coming out of the kitchen—from the kare kare to the macapuno to the funky fermented shrimp paste (bagoong alamang)—seems to be tempered to win over nonnative palates. Could this be the year New Yorkers finally give the cuisine its due? It’s clearly scoring points in Brooklyn.

Drink this: Filipino cuisine is beer-drinking food. The San Miguel ($6), a light indigenous brew, does a fine job of extinguishing the hot-chili fires.

Sit here: The tables that line the wall across from the bar can be a bit cramped, but until the garden opens this spring, you’ll have to squeeze in.

Conversation piece: Memories of Philippine Kitchens, the 2006 cookbook written by the owners of Purple Yam, features food stories from across the Philippines and more than 100 recipes (including many of the dishes they serve at the restaurant).