Western Turkish plates with a deal of a feast.

Every price tag in New York City comes with a caveat. This is below market rate. That wasn’t too bad. The other’s pretty affordable. For New York.

Rana Fifteen, which Ahmet Kiranbay and Armando Litiatco opened in October, has one of the best deals in town right now. The Park Slope spot follows the duo’s seven-year-old Filipino restaurant F.O.B. a short distance away in Carroll Gardens. Its menus are influenced by Kiranbay’s upbringing in coastal western Turkey’s Izmir. Rana is Kiranbay’s mother, from whom he learned to cook and lifted recipes for his second venture.

The 4th Avenue facade is as white as a science fair poster board and half as antiseptic, save for its cerulean signs. The wide inside is also appointed in gleaming pale shades, but lit low enough to feel like dinnertime in the evening. Exposed beams run between ends of the gently curved ceilings, mirroring dark hardwood floors below. A somewhat exposed kitchen is at the back of the dining room.

A deal’s a deal, and it’s more rewarding when it’s actually good. “Fifteen” is for the Rana’s Table, fashioned after the multi-item çilingir sofrasi (from Turkish, locksmith table), which refers to the spread’s often accompanying raki and the spirit’s likeness to unlock its imbibers. (Rana Fifteen is BYOB while it awaits its liquor license.) For $39 per person (minimum two), the abundance includes all eight available apps, four meze, and an entrée, a side and dessert to share per pair. Almost all are very good.

Plentiful plates are presented with casual pageantry, arranged this way and that to accommodate the bounty. The atom labneh ($12 if ordered à la carte) is dreamy-creamy with a bit of brown butter and bright (but not hot) with chilis. Tarama ($10) competes for the title of best spread, its bread base enlivened by the saline carp eggs. Both are terrific with the pita half covering a nice salad with seared halloumi ($12).

On the solid side, the fried calamari ($12) is great; crispy, mildly sweet and tender, although lightly drizzled with an unnecessary sauce that skews too close to a roux. Fortunately, it’s mostly limited to the otherwise faultless squid’s top layer. The stuffed mussels ($14) are similarly situated. They’re welcome in an area where they don’t overpopulate menus, they’re proficiently filled with rice and currants and they’re fun to pop open, but they’re also flatly one note with what’s only detailed as “spices.” The kimyon garlic shrimp ($16), however, is a show-pauser. A few whole crustaceans entwined in their dish are rosy with a pepper glow and silken with a little butter, firm and fresh in their shells with a satisfying exterior crunch. Off-menu meze like a recent tomato effort, simply dressed in a way that might let a more ideal specimen of the fruit peak, are easier to forget.

All six of the kitchen’s mains are available with the special, some with a $10 supplement. The tight half-dozen options, bookended by a cozily roasted half-chicken ($26 if ordered à la carte) and a stuffed eggplant ($18) could still easily appease a group, and the 45-seat space is arranged with potential for large parties.

The Iskender steak ($30; no supplement in the Rana’s Table) is a nod to the red sauce-topped kebabs of the same name. This eight-ounce black angus strip, too, covers pita, which absorbs both traces of the tomato gravy and more of that enriching brown butter. This isn’t a how would you like it done? steak, but its finished close enough to medium, its flavors are pleasant with a kind of broad appeal, and the father-in-law figure in your life will likely enjoy it.

An herb-armored branzino ($10 supplement or $36 à la carte) is a pleasure to share. (The restaurant adjusts Rana’s Table entrées for odd-numbered parties; three would choose two, five would choose three, etc.) Under an aromatic coat like it was dragged through the garden, the whole grilled fish is moist and easy to flake and imbued with the inimitable flavors of an open flame.

That affordability addendum isn’t going anywhere, but the competitiveness of the city’s dining tide ebbs and flows. This moment is still (and again) a little challenging. Reservations are hard to get, pay-to-play startups seep up in dark corners, pop-in wait times ramble into hours and most new restaurants that promise or aspire to have an antidote don’t, instead turning otherwise comprehensible descriptions like “neighborhood restaurant” into an assertion in a press release or a box to check on an imagined platform. Rana Fifteen is a real neighborhood restaurant with real availability and a value that values guests. For … you know.

The Vibe: Comfortable, inviting and low-pressure.

The Food: Western Turkish with a terrific branzino and a nice steak among its crowd-pleasers, plus one of the best dinner deals in town right now.

The Drinks: Rana Fifteen is BYOB while it awaits its liquor license.

Rana Fifteen is located at 209 4th Avenue in Brooklyn. It is open for dinner Friday and Saturday from 5pm-11pm, Sunday, Wednesday and Thursday from 5pm-10pm, and for brunch Saturday and Sunday from 11am-3pm 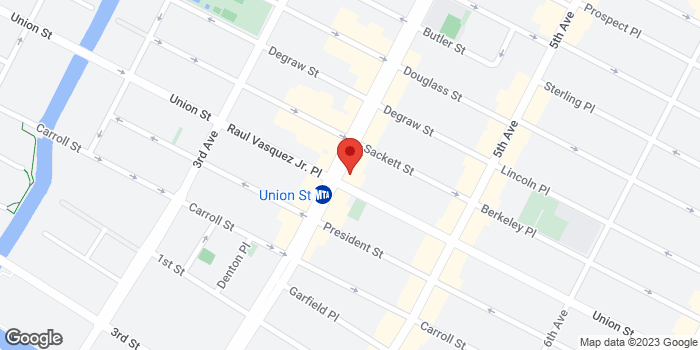