The indications were there even before the high-rise condos began shooting up along the waterfront: in the twee fashion boutiques hawking $600 French frocks, in the retro bars devoted to serious craft cocktails, in the restaurants priced more for bankers than editorial assistants. Williamsburg, that once affordable beachhead of the postcollege set—entry-level New York for a generation of newcomers—was growing up fast.

The tipping point is officially here. You’ll find it on the corner of Wythe Avenue and 11th Street, under an arty neon-lit sign that shimmers hotel. The Wythe, Williamsburg’s first blockbuster hotel, might seem to some like the beginning of the end for the neighborhood—Soho entering its shopping-mall phase—with its rooftop bar drawing long lines on the weekends, its hot scene of a ground-floor restaurant packing in pilgrims from across the East River.

And it might have been, if not for the man behind those eating and drinking establishments. That restaurant, Reynards, and its upstairs sibling, the Ides, are the brainchildren of Andrew Tarlow, a restaurateur as responsible as any for Brooklyn’s culinary ascendancy. In 1998 he opened Diner, followed in 2002 by Marlow & Sons—restaurants with remarkable longevity that still carry the torch for the artisanal food movement they helped ignite.

Tarlow’s new restaurant builds on everything he’s done so far, elevating all the usual Williamsburg tropes. The made-in-Brooklyn aesthetic he pioneered is much more polished in this soaring industrial space, its sepia-toned light fixtures, scuffed wooden tables and marble-topped bar all locally found or produced. The bearded barkeeps serving old-fashioned mixed drinks are more cheerful than most. And while the hyperseasonal fare celebrates nearby purveyors, there’s no indication to patrons where anything’s sourced.

Reynards is the new cool kid on the block without ever trying to be, a Balthazar for Brooklyn, urbane and ambitious, mature and low-key. Its chef, Sean Rembold, of Diner and Marlow, serves casual breakfast and lunch to a drop-in crowd, including a terrifically earthy grass-fed burger. His menu, which changes often—sometimes daily—becomes much more serious at night. There’s no fanfare at any time to his spare list of dishes, no trendy buzzwords, barely any descriptions at all. Rembold’s thoughtful food, portioned to satisfy and priced to move, mostly speaks for itself.

A simple squash soup—the menu offers no details—turns out to be a beautiful cold puree floating sweet-sour pickled squash mignonette and a hot battered squash blossom with smoked ricotta inside. There are surprises wherever you look. Much-maligned bluefish—black sheep of the sea—becomes a refreshing crudo, paired with smoked crème fraîche and a salad of shaved fennel and radish. Grilled kohlrabi greens, mixed with whole-grain mustard and showered in microplaned pecorino, make a delicious topping for crisp garlic toast.

As with so many always-changing seasonal menus, not everything hits it out of the park. There was great North African flavor in a recent entrée of roasted lamb with buttered couscous and minted yogurt, but the meat was dry and stringy. A whole trout also on offer that night was much more successful, its skin crisped in duck fat, with a riot of spring flavors—fresh peas, roasted radishes, herby aioli—around the supersavory fish.

Rembold, at his most impressive, delivers a seamless mix of the refined and rustic, combining haute French technique with the extreme seasonality we take for granted these days. His lobster poached in smoked butter pairs the sweet shelled crustacean with sugar snap peas, new potatoes and spinach bathed in a light champagne cream sauce subtly spiked with vanilla. Grill marked asparagus—the chef cooks as much as he can here over an open flame—are just as elegant, combined, in an à la carte side, with singed morel mushrooms, shaved Parmesan and rhubarb puree.

Desserts, by young pastry chef Erin Kanagy-Loux, tend to be more straightforward than everything else, but no less appealing. A mini pecan pie in a chocolate crust is sweet and sticky. Cherry clafouti, the classic French custard, is perfectly spongy and studded with plenty of fruit.

Even the more showstopping fare is just as relaxed as the space, neither overthought nor overwrought—never straining to prove how offbeat, how funky, how Brooklyn it can be. That’s the sort of evolution we can all get behind. The place might be brand-new to the neighborhood, but it feels like an anchor that’s been there for ages. And that’s exactly what it will eventually become.

Drink this: The cocktails are mostly riffs on classic mixed drinks, including the Old Pal, a smooth boulevardier variant mixing Campari, rye and vermouth ($13). There’s talk of brewing beer on-site, but in the meantime, you can order a local brew, Radius ($7), from the Brooklyn Brewery just across the street, a light, fruity pint sold only within two miles of the brewery. The substantial wine list focuses on all-natural bottles like Lard des Choix ($46), a rich, fizzy white from the foothills of the French Alps.

Sit here: Reynards has two dining options. The lively front room, home to the stand-up bar, is for walk-ins only; it’s the true heart of the restaurant. The more formal dining room, where the tables are clad in white linen, is reservations only.

Conversation piece: Reynards is named for a character in medieval literature, a mischievous red fox (pictured on the menu). 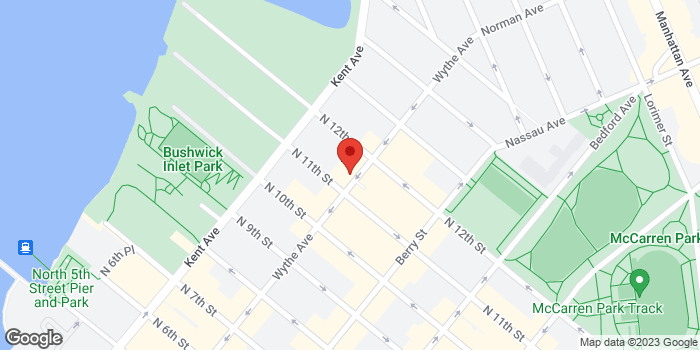