Double Crown seemed to have so much going for it when it opened in 2008—a beautiful space, prime location, talented chef. Some critics, like this one, found plenty to love in the quirky focus on British colonial Asia. But who can predict long-term success?

When novelty fizzles and the hot crowd moves on—as they seemed to so quickly—a few tweaks won’t do it. An overhaul might.

And so we have Saxon + Parole, a new restaurant in that old space, run by all the same players. The concept this time could’ve been focus-grouped among the downtown cognoscenti, habitués of Minetta Tavern, the Lion and Waverly Inn. We’ve seen the chophouse menu, classic cocktails and Mad Men vibe before. But still, it works. The restaurant at 316 Bowery is packed once again.

If you’re looking for a new East Side clubhouse, this place will do. The crowd feels right and so does the equine setting in wood and leather (the restaurant was named for a pair of prized 19th-century racehorses whose portraits hang on one wall). AvroKo, still the city’s most dynamic restaurant design team—and co-owners here—have done a remarkable job as always with the decor, combining old-fashioned luxuries (crystal punch bowls twinkling behind the bar) with its trademark macabre sensibility (a cutting-board wall jabbed with knives heading down to the basement).

Brad Farmerie of Public, still co-owner and chef, has brought the menu in line with the look, going for the easy sell with mostly familiar Continental fare: crowd-pleasers like big shellfish platters and oversize steaks.

A mini mason jar of portobello mushroom mousse, a dish for the table so rich it’s like trompe l’oeil foie gras, delivers a rare thrill in an otherwise humdrum lineup. Egg salad folded with chopped razor clams is upscale coffeeshop cooking with its aioli and chervil—tasty, yes, but not very exciting. The actual foie gras offering, a dense torchon, is textbook creamy, and straight-up boring.

Only a few hints remain of Farmerie’s old fusion flair, a globe-trotting accent here and there. White miso adds an umami lift to a split-and-roasted marrowbone; chili-caramel sauce shifts a brussels sprouts side over to Southeast Asia.

Meaty entrées, like a fat and juicy pork chop on purple potato salad, are much more ordinary. Even a terrifically supple monster serving of short ribs—Guinness-braised meat falling off its brontosaurus bone—is pretty run-of-the-mill. With a side of cheesy cauliflower, though, it makes for fine insulation in cold weather.

Desserts follow in the same dull but comforting vein. There’s a moist Christmas pudding, ushering autumn into winter, that’s better than what a British granny might ship across the pond—but not by much. The chocolate soufflé here is more impressive: warm and eggy, as it should be, but also tame.

All of this food is just fine as a backdrop for cool conversation with friends, a sponge for stiff drinks that leaves little impression. For now, anyway, the scenesters gobbling it up each night seem to think that’s enough. And this time, who knows, they just might stick around.

Drink this: Though bottles of house label Parole Whiskey line a shelf in the dining room, the actual product (currently being distilled out in Brooklyn) isn’t drinkable yet. You can get excellent dark spirit cocktails here nonetheless, including an exceptionally smooth maple Sazerac with pecan milk. But barkeeps Linden Pride and Naren Young keep the focus here mainly on gin, including martinis delivered in tiny glass pitchers in bowls of crushed ice. There’s great sour-sweet house-made tonic, too, served in a tall glass with Breuckelen gin and a grapefruit wedge (all cocktails $14).

Sit here: Saxon + Parole offers a maze of seating options, the most secluded being down in the dark basement. The real scene, though, is upstairs near the long bar.

Conversation piece: In the late 19th century, Saxon and Parole were thoroughbreds in the stables at tobacco heir Pierre Lorillard’s country estate just north of New York (Parole, the real prizewinner, earned more at the time than any other horse in America). The AvroKo team has a weekend home up there in Tuxedo Park, which is where they found inspiration for their restaurant makeover. 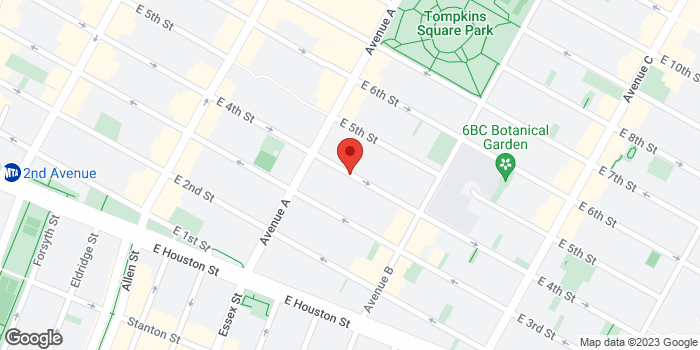