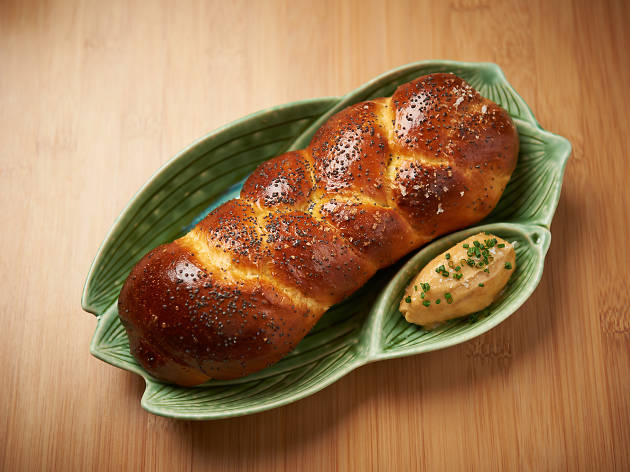 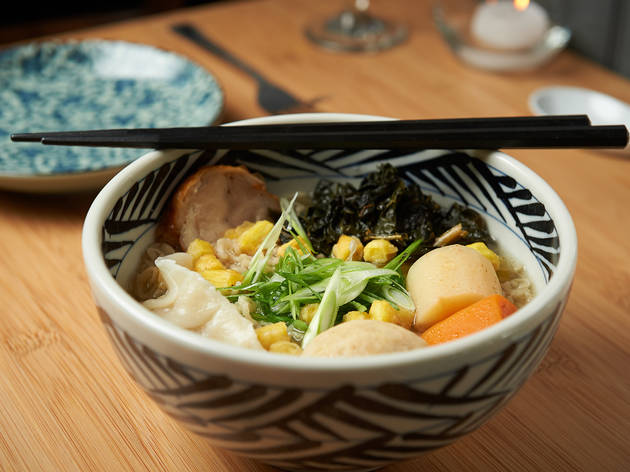 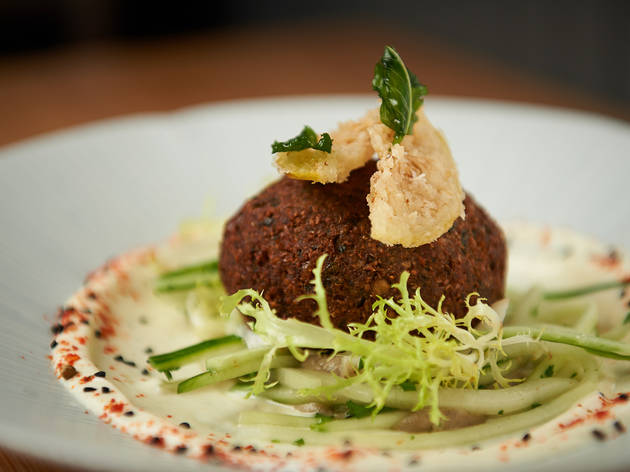 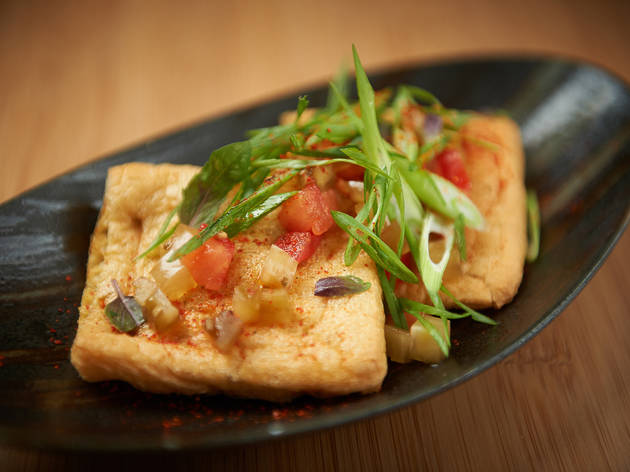 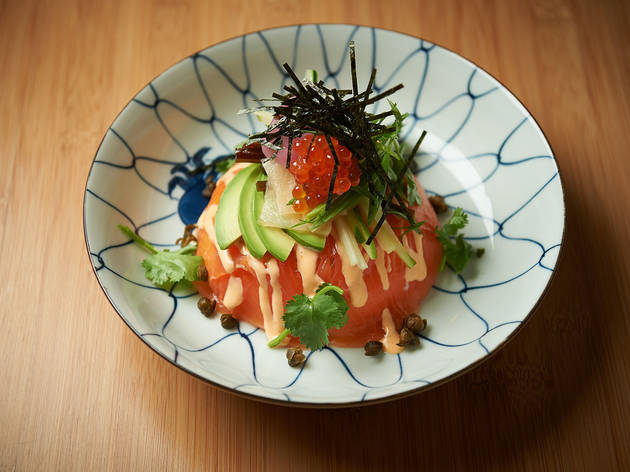 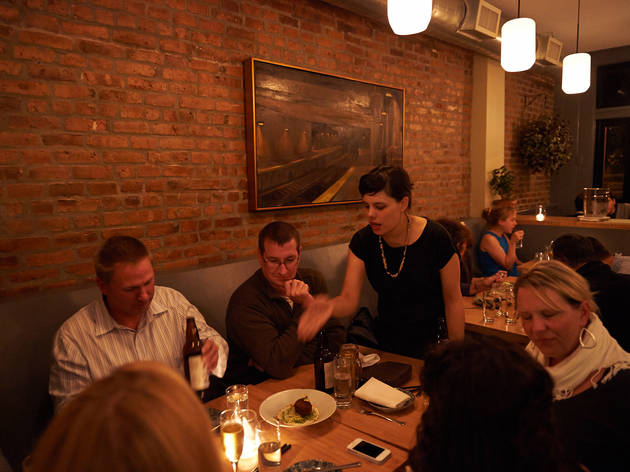 Fusion cuisine—wrested from the dead by David Chang more than a few years back—is experiencing something of a heyday. Now less self-consciously serious, its increasing penchant for wackiness is evidenced in farcical creations such as the ramen burger and quirky restaurants like Chez Sardine.

One of NYC’s latest tongue-in-cheek cross-cultural projects is a rare conflation of Jewish and Japanese. Glowing on the corner of a sedate South Williamsburg block, Shalom Japan beckons like a bubbe. Its snug space displays trappings of a neighborhood hangout—warm brick walls and a sturdy wood bar backed by a genial tapster. No grandmothers slave behind the stove; that’s for young husband-and-wife chefs Aaron Israel (Torrisi Italian Specialties, Mile End Deli) and Sawako Okochi (Annisa, the Good Fork).

The most elegant expression of the Asian-Sephardic mash-up is a steaming mini challah made with nutty sake yeast and served with a sweet, heady spread of sake-soaked golden raisins. Yet sometimes conception outpaces execution. A Middle Eastern facsimile of a Scotch egg swaps falafel for sausage, its yielding chickpea shell lacking the meaty chew to contrast the soft egg inside.

Far more seductive is a bone-warming bowl of matzo ball ramen with a broth so chicken-y it ought to cluck. Propped on the thatch of thin noodles is a pleasantly dense matzo ball and a liver-rich dumpling of foie gras and chicken. The soup soothes, but the next fusion bombshell it is not. Like the restaurant itself, you’d do quite well to cozy up to it if you happened to be nearby, but it need not spur a devoted epicurean trek.

In the end, Shalom Japan comforts, but its brand of cross-border eats doesn’t transcend its cultural inspirations.

Behind the bar: The drinks list embraces the hybrid mission with a heavy dose of Eastern European wines, sake, shochu, Japanese-influenced cocktails and even Manischewitz.

Vibe: Gracious and homey, it heartens as a neighborhood spot should. Plunk down after a long day, or while away a mellow evening at the bar.

Cocktail chatter: The spot’s name sounds novel, but is actually lifted from a 1980s kosher Japanese cabaret-cum-restaurant in Soho.

Sound check: Quiet, aside from sporadic guffaws from the bar and the crash of utensils careening off the small tables.