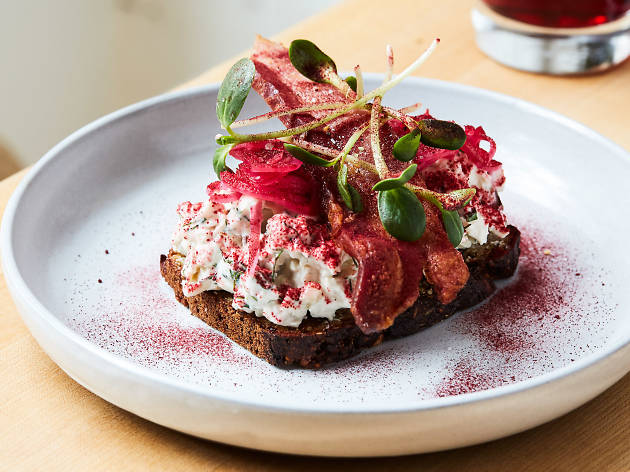 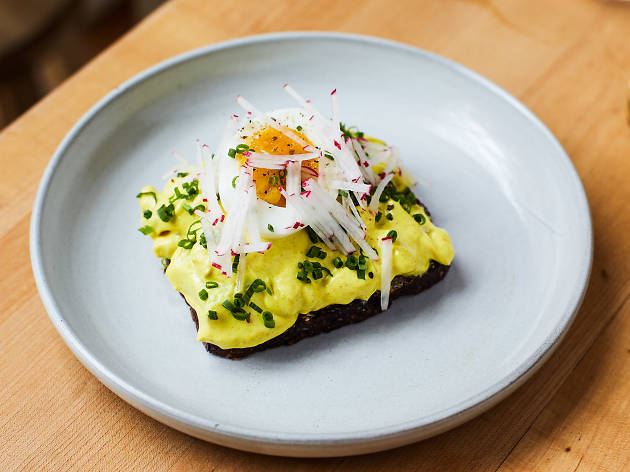 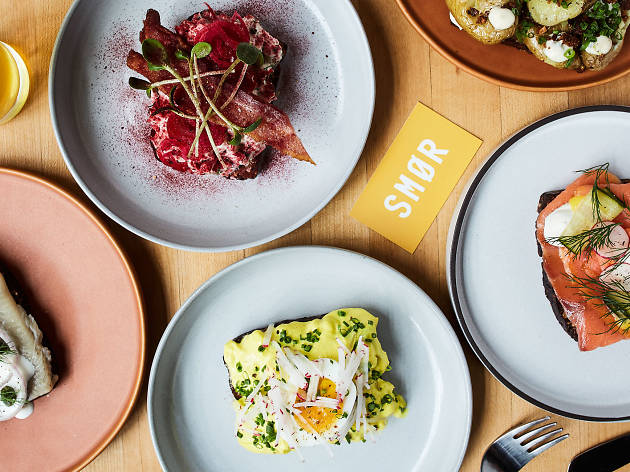 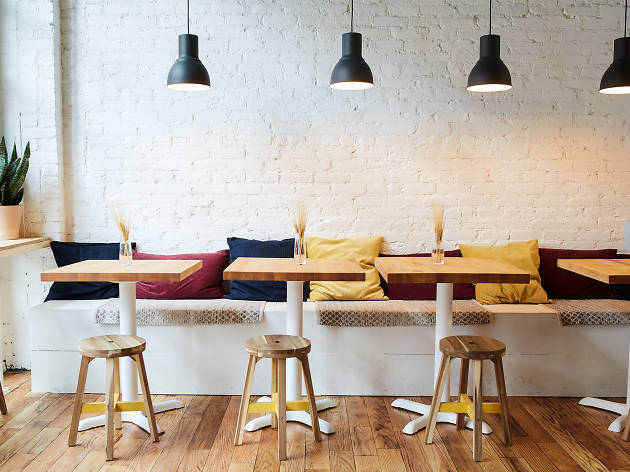 There are a handful of Scandinavian spots in New York hoping to grasp a twig of the high praise that critics have given Noma: fine dining at Aska, poppy-seed frøsnapper pastries at Great Northern Food Hall, to-go salmon at Nordic Preserves and licorice at Sockerbit. But Smør, a new East Village fast-casual restaurant that also has a pop-up at Smorgasburg, is a standout in a crowded field.

The restaurant was opened by two Danes named Sebastian, Perez and Bangsgaard, who
met while working together at the Copenhagen (now closed) in Tribeca. The design is, in true Nordic fashion, very simple, with light-wood tables and vases full of pussy willows.

“Smør” means “butter,” which is fitting, as smørrebrøds—open-faced toasts with buttered rye bread—are this shop’s signature.

Thanks to our surplus of Jewish delicatessens, we New Yorkers have a deep appreciation for everything pickled and cured. But at Smør, the Danish version of pickled herring ($8) is served with capers, dill, periwinkle-onion slices and Korean purple radishes with kaleidoscopic lines, all on seeded rye bread from She Wolf Bakery. The dish’s sour-and-sweet balance makes the small fillets as easy to eat as a handful of Swedish fish.

The curried herring ($9) is a canary-hued, enjoyable  mess, with creaminess from the tarragon aioli. The vegetarian Smør of the Day ($9) had glowing, jammy eggs with tiny sliced chili peppers, a hit of heat that is uncommon for Nordic fare. Here,  you’re given only one slice of toast, so you should order  two. The dense bread is a bit hard to cut through with your canines alone—you’ll want a utensil.

Besides smørrebrøds, a handful of salads round out the menu. Grain bowls can be basic, but Smør’s take—with heaping mounds of pickled cabbage, beets and herbaceous Israeli couscous—makes eating healthy easy ($14).

Smør isn’t trying to give a kitschy take on its homeland cuisine. But the light and delicious fare does a giddy slip-and-slide right into the belly like a reverse Jonah and the Whale. Summer seafood doesn’t have to be just lobster rolls or freshly shucked oysters, you know.