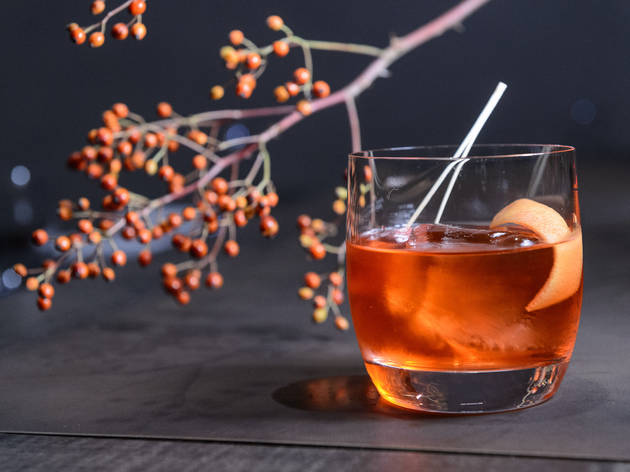 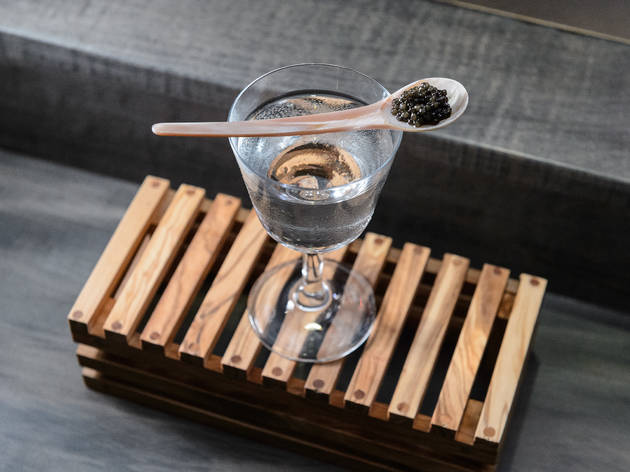 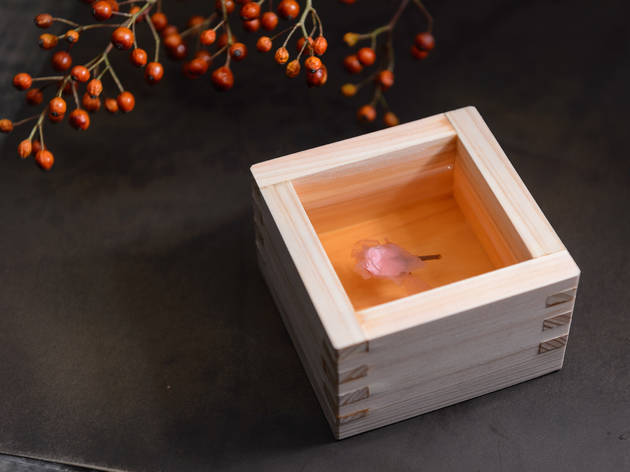 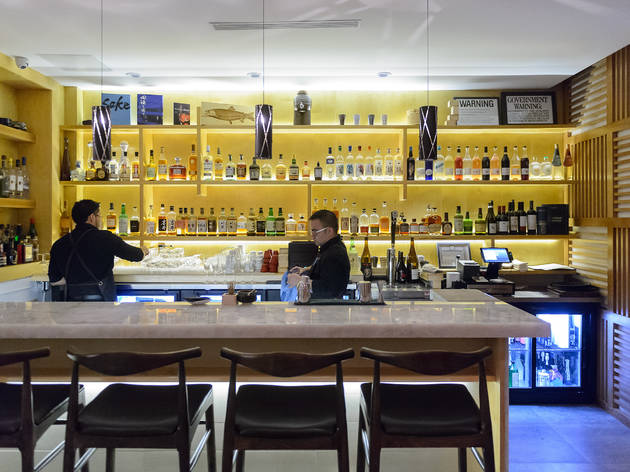 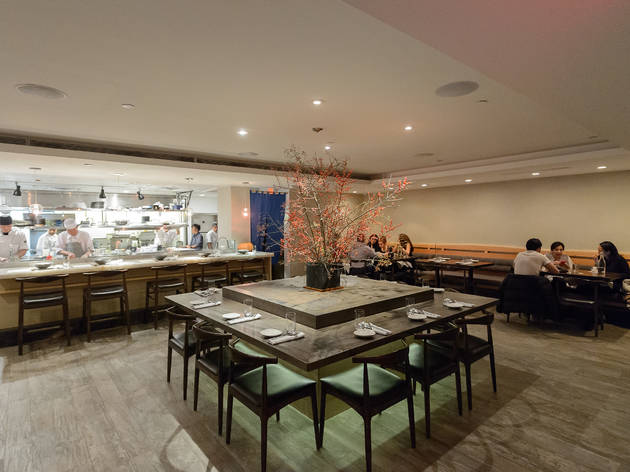 The third installment of a popular trilogy fleshes out established characters while adding fresh plotlines and a fitting finale. That trajectory holds true at the raw-fish chainlet by Seki Shi, the 2002 original of which—an Upper East Side den of modern creations like tuna slicked with creamy tofu—made fans out of diners and star chefs alike. In the decade following, that location spawned a sequel in Chelsea and, now, this booze-soaked bi-level Hell’s Kitchen flagship, a 150-seat space decked out with private tatami rooms, Japanese plaster walls and, most excitingly, a lavish marble bar helmed by another Far East titan, Shingo Gokan of Angel’s Share.

ORDER THIS: Gokan’s balanced cocktails, which highlight a wide range of Eastern flavors. Lily-livered imbibers can swig the slyly stiff Yuzu ($14), sprucing up earthy mizunomai shochu with shiso-yuzu honey and yukari salt. At the other end of spectrum, bold seekers can find savory flavor bombs, including a briny, oyster-topped Umi shooter with mescal-tomato dashi ($13).

GOOD FOR: Cool-hunting theatergoers looking for a modern bar-scene alternative to the dated mainstays of 46th Street’s Restaurant Row. Seki’s entry to the area offers laid-back boozing and a reasonably marked pre-theater prix fixe ($42) at the ground-floor dining room. Blazer-wearing sommeliers whisk glass bottles of sake and wine up and down the stairs, displaying a poise and polish that’s offset by an edgier crowd of patrons clad in motorcycle jackets and high-top sneakers.

THE CLINCHER: Seki’s culinary ambitions, expanded on by chef de cuisine Edward Wijaya, translate seamlessly between the eatery’s varying concepts, from a bluefin toro tataki served as part of the upstairs omakase ($130) to the crab miso and hotate crispy rice offered late at the bar ($12). Though chefly creativity originally catapulted the Seki brand, smart updates to the form—skillful cocktails included—are what keep it in the conversation.