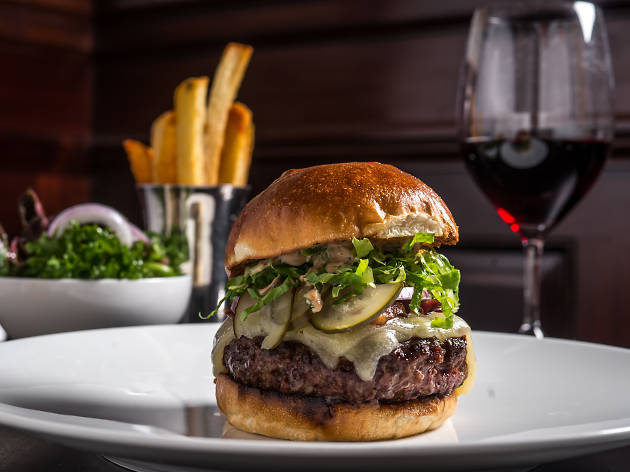 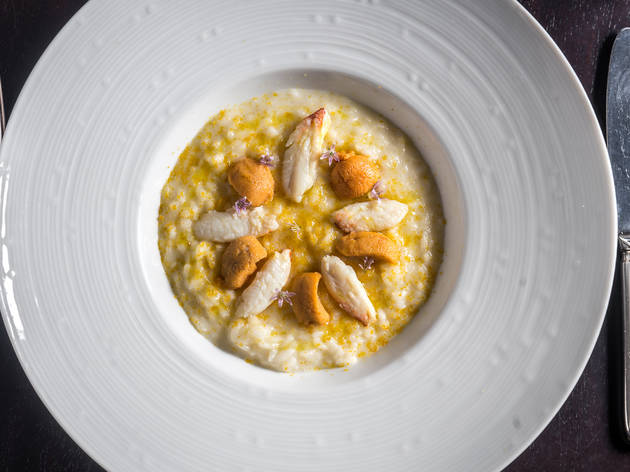 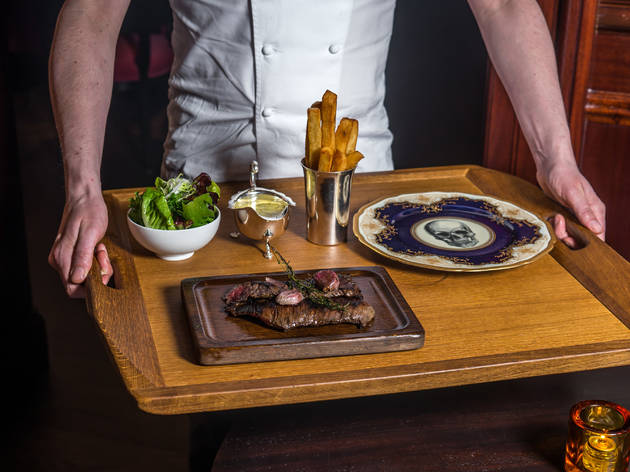 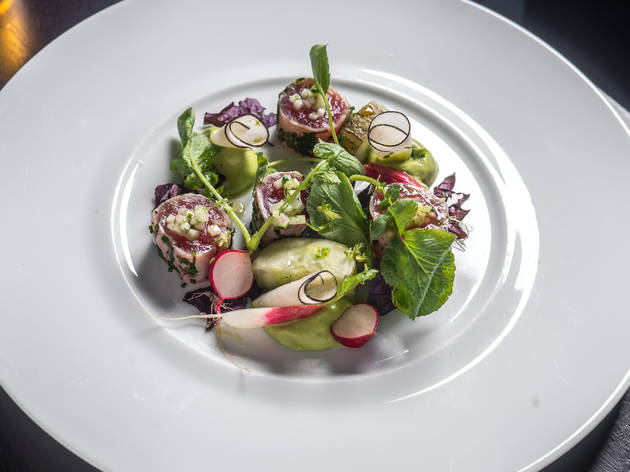 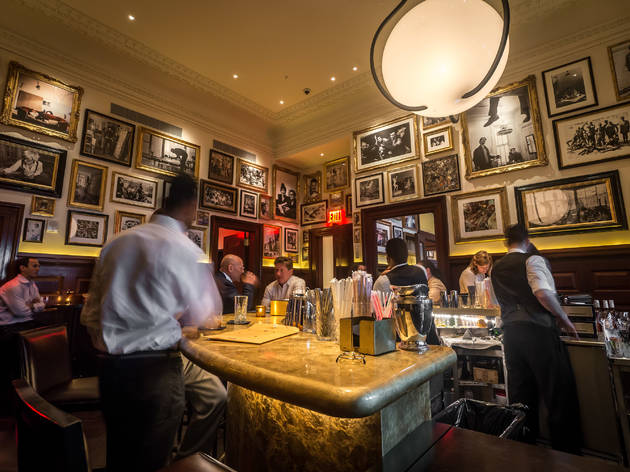 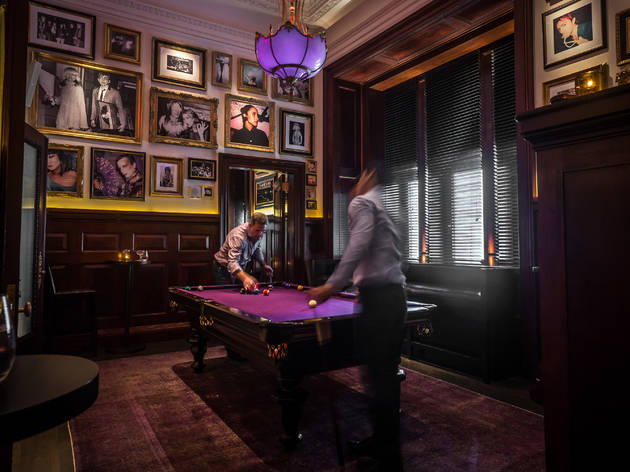 For the past five years, Jason Atherton has built himself a neat little empire—a tapas bar in Singapore, a soon-to-open hotel restaurant in Sydney and, most significantly, his London flagship Pollen Street Social, for which he grabbed a Michelin star in 2011.

But no matter how prolific or far-reaching, any chef with real global goals knows that, eventually, he has to tackle New York. It’s the if-I-can-make-it final frontier, and though many international chefs go limp in the city’s pressure-cooker dining scene, Atherton stays solid by focusing on no-fuss tavern fare done well at the Clocktower, his handsome, mahogany-trimmed partnership with Philadelphia restaurateur Stephen Starr inside the New York Edition Hotel.

There’s no toad-in-the-hole Anglicism on the menu (only imported Dover sole and upmarket fish-and-chips tip to the chef’s English heritage), but there’s a beautifully seasoned, ruby-centered skirt steak with triple-cooked chips and a gravy boat of thick béarnaise ($33), and a duteously funky dry-aged burger, laden with salty bacon, melted cheddar and Churchill sauce ($24). And the best thing on the menu isn’t even listed, a complimentary round of oven-warm, quartered sourdough with a whip of buttermilk butter.

It’s when Atherton kowtows to the room—a five-suite expanse of rock-god portraits, purple-felted pool tables and sharply bobbed diners—that things go off-kilter, with trendy gaffes like uni risotto that smacks too hard of yuzu peel ($21) and white asparagus that drowns in heady chicken-thigh jus and teeth-shattering “cornflakes.” Atherton, and the Clocktower as a whole, is better suited to craft over cool.

We came to visit The Clocktower during Winter NYC Restaurant Week and I was impressed. If you're looking for savory food, cozy atmosphere where you're able to chat and great staff--this place is a must try! It is located on the second level of the Edition hotel.

For starter, I had a shellfish ravioli with creamed leeks and lemongrass velouté. I highly recommend the 36-hour braised pork belly with fennel pollen and roasted apples as your entrée. The meat is cooked to perfection; savory ingredients and hopefully my photo below does justice to the meal and make your mouth watery by now! Lol. Lastly, for someone who's a sucker for Earl Grey, I cannot say no once written on the menu. Their version of Earl Grey panna cotta is very subtle.

Overall, I think you should try it at least once because it certainly is worth your bucks!

I happened to visit the restaurant on the night of their 2-month anniversary, and while they were still ironing out some of the details this was overall a really enjoyable experience! I had the pleasure of dining here on my company's dime, so I had the opportunity to try much more than I would have if I were responsible for the check - but if I dined on my own, I probably would have found it a bit pricey - although I do believe that the $120 steak for two is totally worth it!

Scalloped potatoes, a foie gras and green bean salad, bone marrow gravy, and the dry-aged steak-for-two. Overall, it was actually a bit salty. I don't know if it was 1 dish in particular or it was the combination of all of them, but it became cumbersome to finish due to the extreme amount of salt distracting our tastebuds.

Pink Lady apple tarte tatin (for 2), smothered in caramel sauce with a scoop of madagascar vanilla ice cream. It was FANTASTIC!

I think we would totally go back just to enjoy that steak-for-two...with a bottle of wine, of course. (the Burgundy they paired for us was excellent!)