New York City is full of folks on prohibitive diets: vegetarians and vegans, gluten-free foodies, paleos, plain old calorie-counters and everyone in between. Many of these restricted eaters can usually find something at a conventional restaurant. When you’re devoutly kosher, though, you can’t simply make it work—from the meat to the wine to the kitchen itself, everything requires a rabbinical nod.

Catering to the strict-kosher contingent is big business in New York—there are serious kosher restaurants all across the city. Top Chef runner-up Hung Huynh cooked for a while at one of the most ambitious, Solo, in midtown, while Le Marais, a kosher steakhouse nearby, draws a finance power crowd. Still, they’re all pretty hermetic places, their dining rooms almost exclusively filled with religious Jews. How, then, can a restaurant attract a mixed party—an ecumenical stew of Christian, Buddhist and Orthodox Jew? Shouldn’t we all be able to break bread together? And why should epicurean pursuits be strictly the province of the secular?

These are among the laudable sentiments that inspired Jezebel, a plush restaurant designed with cool kosher types and their friends in mind. The owners hope to change the landscape for kosher dining in the city, adding a clubland vibe and a pedigreed chef. Much of the staff, including the restaurant’s “culinary director,” former Lever House toque Bradford Thompson, aren’t observant—or even Jewish.

But Jezebel, packed with guys in yarmulkes and a few black hats, doesn’t translate well to a nonkosher crowd—or elevate kosher dining much at all, for that matter. The trouble starts with the setting, like a theme park of Jewish New York tropes filled with farcical art. Knockoffs of old masterworks hang around the ground-floor bar, featuring the superimposed mugs of members of the tribe—Barbra Streisand in Girl with a Pearl Earring, Larry David with a pitchfork in American Gothic. It’s all a bit much, and so are the prices on the exorbitant menu. Kosher restaurants at the high end tend to be steep—the cost of keeping everything biblical adds an extra layer to their bottom line—but even by those standards, the numbers at Jezebel don’t add up.

The gouging begins with the $22 “daily deli,” a modest appetizer board featuring chopped chicken liver in the manner of foie gras mousse that’s thin and gritty, and chunky veal in a pretty humdrum pâté de campagne. An $18 split marrowbone, in another disappointing first course, comes filled with flavorless brisket, topped with a tepid mush of bread crumbs and marrow.

The menu at Jezebel takes a liberal approach to “Jewish cuisine”—incorporating influences from across the global Diaspora, looking beyond the usual New York Ashkenazi playbook. A “Jewish Italian Wedding” soup—featuring mini matzo balls and tiny chicken meatballs in a robust chicken-and-caramelized-vegetable broth—combines Eastern European and Italian tastes into one of the restaurant’s few impressive plates.

Entrées range just as widely, but with much less success. A great talent might rise to the occasion when faced with the challenge of a limited pantry, but the chef here is clearly struggling within the kosher confines. A bloodless rib eye—all meat is presalted and drained to pass rabbinical muster—comes with a twice-baked potato that’s dry as a knish, a result, presumably, of the absence of butter (tofu sour cream isn’t much help).

Even when the chef flexes some creative muscle—the man running the kitchen day-to-day is New Jersey transplant Joel Somerstein—there’s not much to show for it. A nicely seared arctic char fillet on corn-fava succotash, in one of the restaurant’s more interesting options, is way overpowered by a gust of wood smoke.

The pastry chef, Megan Fitzroy (a veteran of Falai), has a much better idea of how to make kosher food sing, serving contemporary sweets that don’t seem to be missing any butter or cream (though they are). Her olive oil cake with poached plums and cherries is moist and delicious, her peanut-butter-and-chocolate bar decadently rich with the addition of a tofu mousse.

Despite the hokey setting and flimsy food—desserts being a serious exception—Jezebel seems to be attracting attention outside kosher circles. On a recent packed weeknight, a waiter confided they had even hosted a few A-listers. “Russell Simmons has dined at least twice,” he said. “He likes the music.”

Fitting. He couldn’t possibly have come for the food.

Drink this: The waiters proudly tout their mixologist’s pedigree, but the cocktails, by Nick Mautone (formerly of Gramercy Tavern), are poorly constructed and bizarrely conceived. The $16 Bugsy Siegel, flat beer with spiced syrup and rye, tastes like a bad Jack and Coke. Stick to the bottled beers, like a fruity large-format Unearthly ale ($18), or to the kosher wines, like a light and floral O’Dwyer sauvignon blanc from New Zealand ($12 a glass).

Sit here: Snacks are available downstairs around the bar. The power-dining upstairs seems to be near the windows, where big tables congregate. More intimate seats are tucked in back near a Last Supper painting.

Conversation piece: Jezebel is one of many projects for the awfully busy Bradford Thompson, who founded his own company—Bellyfull Consulting—in 2010. Thompson, who looks like a linebacker, cooks for the Giants after practice. He helped set up the kitchens at Southern Hospitality and Miss Lily’s, among other ventures. 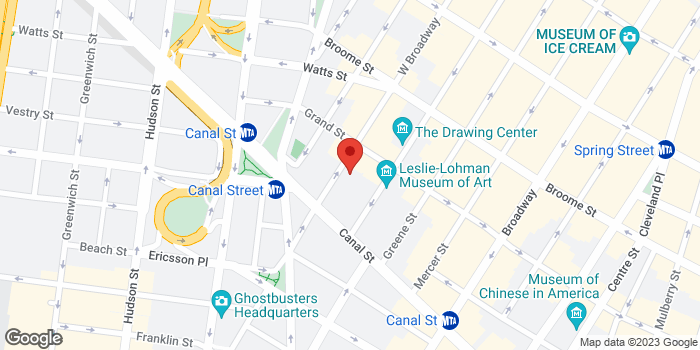