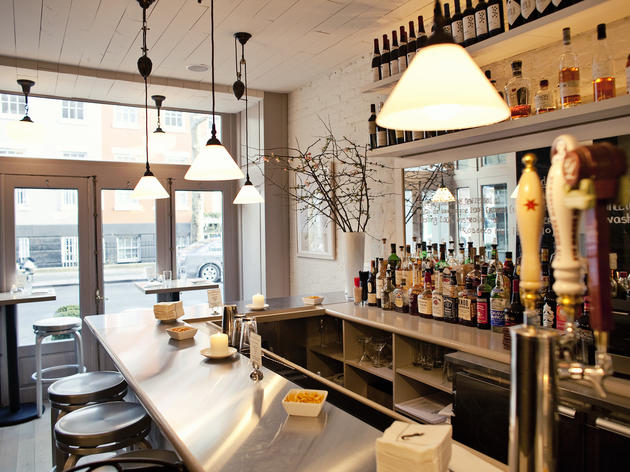 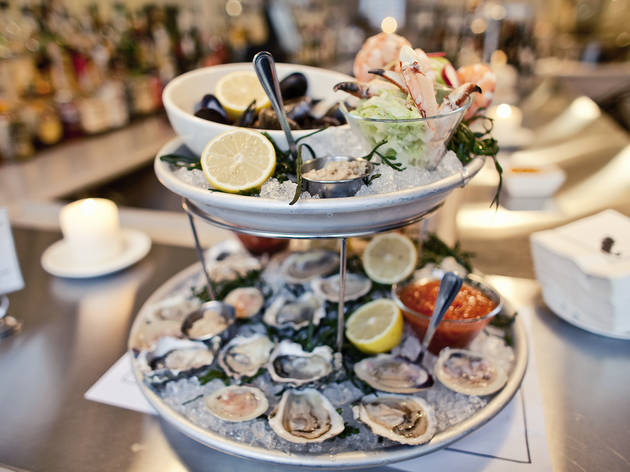 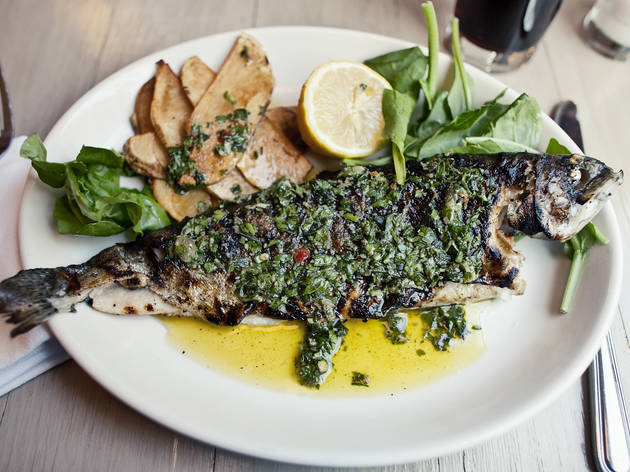 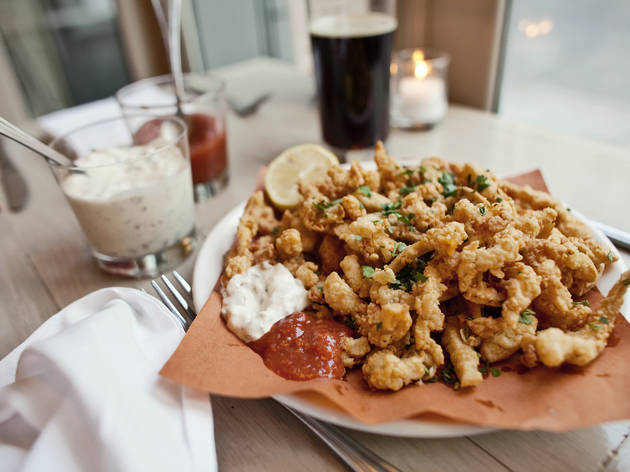 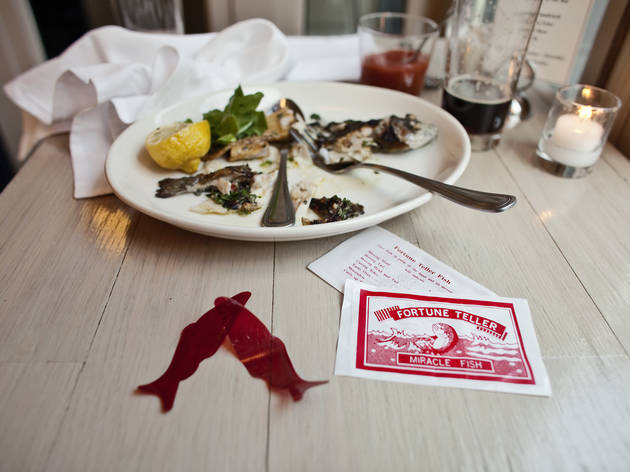 When restaurateurs stumble up on reliable formulas for successful eateries, it would be damn near selfish to deprive other neighborhoods throughout the city of new locations. That seems to be the case with the Mermaid Oyster Bar, from Danny Abrams and Cindy Smith. This third (and best), oyster-heavy location of Abrams’s popular New-England seafood eatery, the Mermaid Inn, replaced their elegant but ill-fated bistro, Smith’s.

The couple swiftly refurbished the space, convincingly transforming a formerly sultry dining room into a bright fish shack with wainscoting and whitewashed walls. While the name suggests a mostly uncooked menu, the bill of fare is balanced between the curated raw bar—16 oysters complemented by the usual clams, mussels, crab, shrimp cocktail and lobster—and plated dishes that salute seafood favorites, ranging from greaseless clam strips with a tangy tartar sauce to a robust shellfish-enriched lobster bisque.

With the help of our pleasant waiter, it was fun choosing among the exclusively North American oysters, split on the menu into East and West Coast categories; each type is accompanied by intriguing vocabulary like lettucy, zesty salinity and deep cup. We weren’t disappointed by the spectrum of flavor—from a musky Hog Island to the pungent Pemaquid. Main dishes, like a fire roasted striped bass with crispy baby artichokes, arugula and lemon-caper butter, were as simple as they were rewarding. And local tap beers, such as the hoppy Captain Lawrence Freshchester Pale Ale, were laid-back yet suitable matches for the dishes.

Per the usual Mermaid Inn tradition, the meal ended with a free cup of rich chocolate pudding and a Fortune Teller fish, a formula that hasn’t gotten old. With every location keeping up with their standards, we're hoping for more mermaid sightings throughout the city.