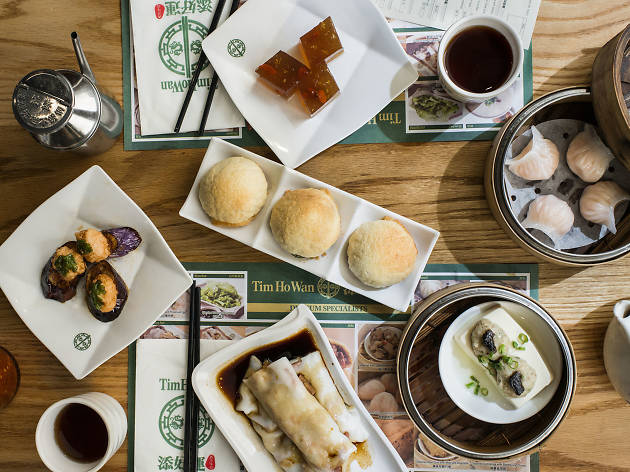 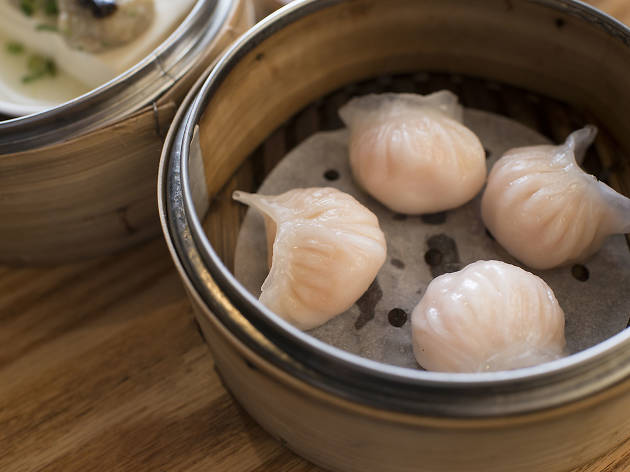 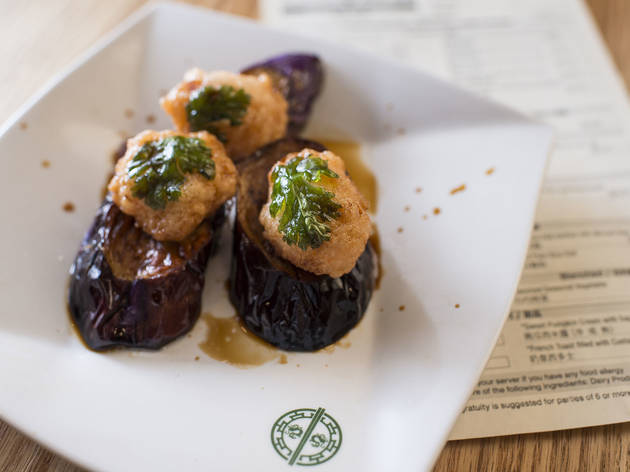 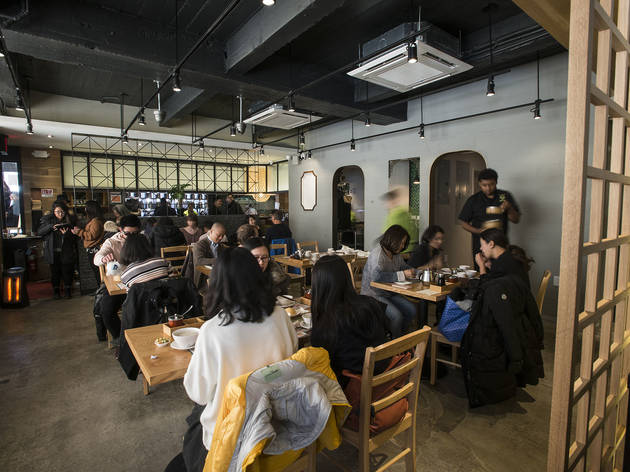 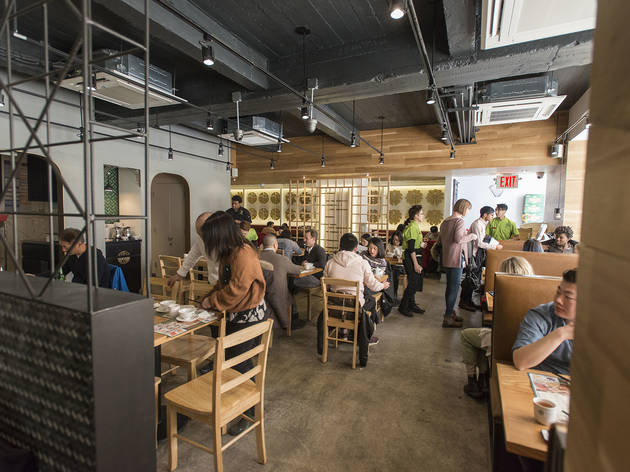 New Yorkers have queued up for sillier foodstuffs: hybrid doughnuts, monster milk shakes, rainbow-dyed bagels. At least the huddled lines braving winter’s chill outside the New York site of Tim Ho Wan have the distinction of lining up for Michelin-level eats. The dim-sum juggernaut from chef-owners Mak Kwai Pui and Leung Fai Keung—which has five locations in its native Hong Kong and another 39 sites worldwide, in the likes of Indonesia, Thailand and Australia—became the world’s least-expensive Michelin-starred restaurant when it surprisingly scored a sparkler in 2009 for its freshly made pork buns and translucent shrimp dumplings.

The lines aren’t the result of the food alone: The 60-seat East Village space is considerably smaller than NYC dim-sum behemoths like Jing Fong and Golden Unicorn. You couldn’t fit a rolling steam cart between the minimalist lightwood tables if you tried. Instead, ordering is a checklist operation with 29 items available, from the novice-baiting shumai to more adventurous plates like braised chicken feet, cranked out from a bustling open kitchen and delivered in the sequence that they’re ready. (Pro tip: Dining during peak lunch hours, from noon to 2pm, guarantees not only a long wait, but also that your plate of dumplings will be flung onto your table as flippantly as a Frisbee on a college quad. Arrive at a comparatively subdued 3pm for more considerate service.)

The char siu bao ($4.95 for three pieces)—barbecue pork buns encased in a baked, sugar-dusted pastry hull rather than the starchy softness of their steamed brethren—is considered the kitchen’s headlining dish. The roasted pork at the bun’s center is glazed in a dark, sticky-sweet sauce, but the savory core is overwhelmed by a bulk of saccharine dough, a sweetness made even more excessive from that granulated-sugar topping.

On their own, pan-fried turnip cakes ($4.50) are buttery but a bit limp; liven them up with a fiery drag through the accompanying slurry of chili sauce. All of the steam-basket dumplings are dutifully plump, swelling impressively against thin, delicate casings, but the shrimp variety with Chinese chives is a standout, crammed with sweet crustacean and fresh onion flavor ($4.75). The best dish on the table might be supple slips of deep-fried eggplant ($4.75): Each softened, purple-skinned round comes crowned with a little shrimp ball, which offers a snappy bite of textural contrast.

Are the silky steamed-rice rolls ($4.50) or the savory, lotus-leaf–wrapped sticky rice parcels ($5.50) extremely satisfying? Yes. Are they worth a multi-hour wait in the recent rain or, more controversially, a Michelin star? That’s arguable. In a city with a robust dim-sum scene that stretches back a century, it’s hard to justify the threat of soaked clothes and mangled umbrellas for a mere dumpling, no matter how viral or venerated it may be.