Restaurants, Filipino Lower East Side
Recommended
4 out of 5 stars 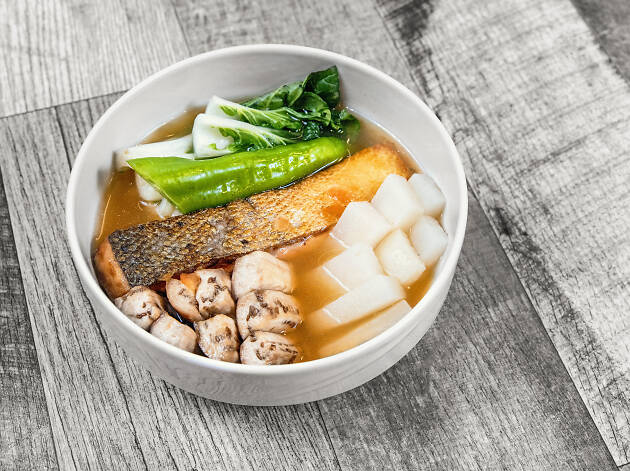 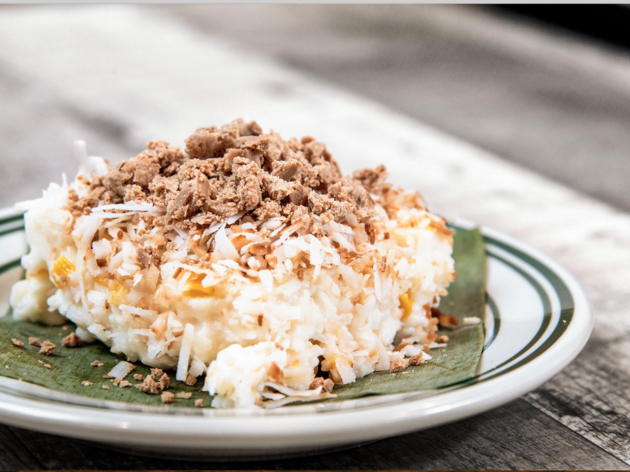 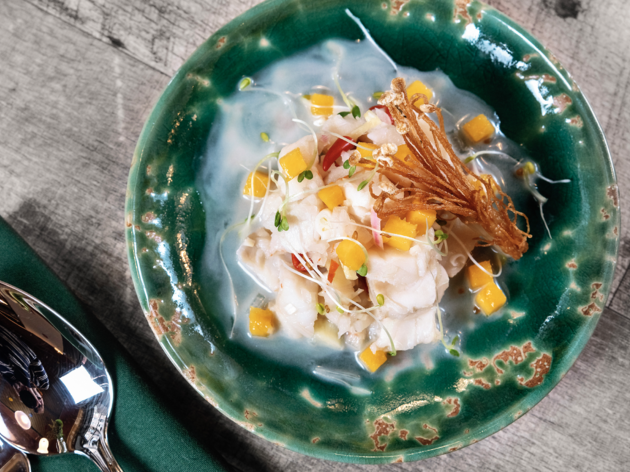 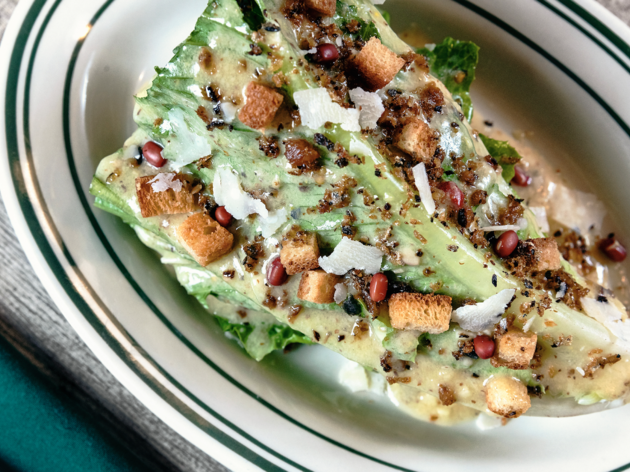 As a noun, the word tsismis means “gossip” in Tagalog. At the Lower East Side restaurant of the same name, where illustrations on the door and the menu show cartoon characters texting about how good the food is. Inside the convivial restaurant are a copper bar, paintings of Spam, a mural inspired by a food-and-drink–themed comic, and flags from the Philippines and the United States that hang side by side.

While other Southeast Asian cuisines have a bigger presence in New York, it was only recently that Filipino restaurants started gaining notice, with Jeepney and Maharlika being the most well known in Manhattan. Here, chef Jappy Afzelius has concocted a menu that teems with multiple options in every section.

The meal begins with complimentary crispy wonton-like crackers to dip into a Filipino take on a Caesar dressing that’s mayo-y with a bit of heat from the cayenne.

Then there’s the small plates, or pica pica, which in our case meant the kale laing ($12), a dish usually made with taro leaves instead of the trendy green. It’s sautéed in shrimp paste, which is as creamy as it is pungent. After this, we had EQ’s Pinakbet Salad ($16), the only dish that lacked funk. The raw long beans, yellow squash, okra and eggplant are served with a bagoong sauce (fermented fish) and mango salsa, but the dressing tasted similar to Newman’s Own vinaigrette. The kare kare ($25) brings it on  with braised oxtail in all its glistening, fat glory, swimming in a silky ground-peanut–rice sauce that was so good, I could’ve slurped it all down, but I’m the kind of gal that would’ve spilled it on my white pants. Bok choy, eggplant and green beans cut some of the richness by injecting crunch.

When it comes to the menu at Tsismis, the gossip is spreading.