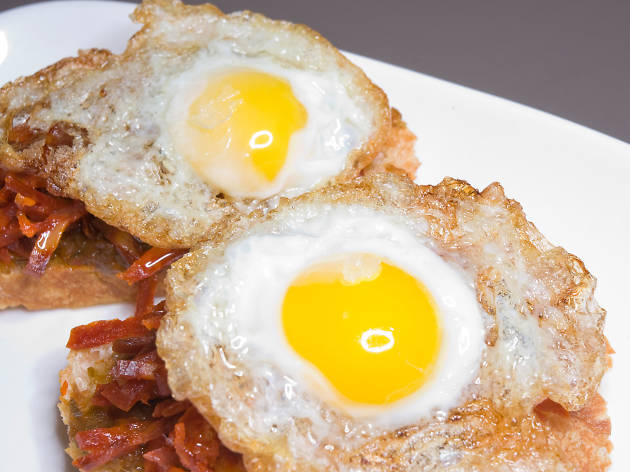 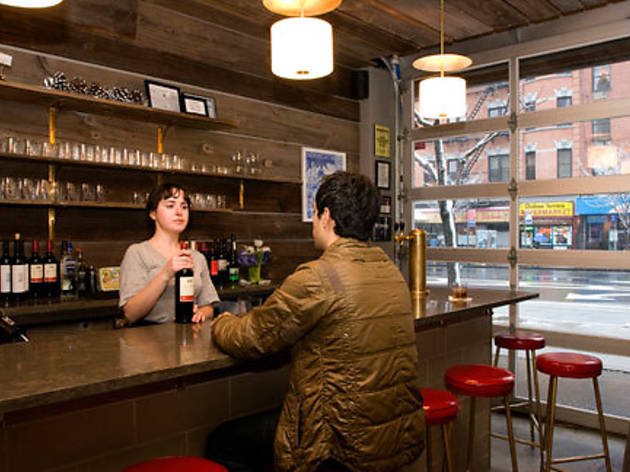 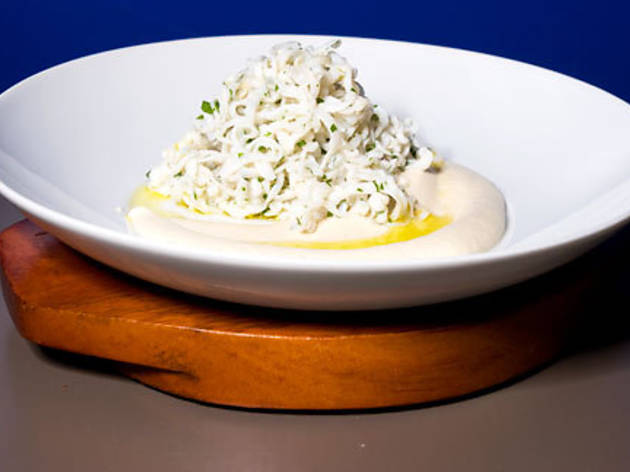 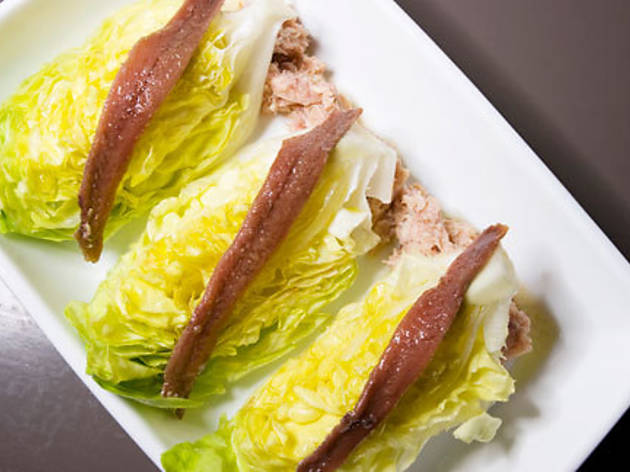 Alexandra Raij, the young chef who brought Spain to West Chelsea a few years back when she opened Tia Pol, and more recently, its sardine-can sibling, El Quinto Pino, has tightened her focus with her latest endeavor. Txikito (pronounced “chi-KEE-toe”), whose name is a Basque term of endearment meaning “little one,” single-mindedly celebrates the small-plate cuisine of the country’s most culturally distinctive—and gastronomically blessed—region.

Still, despite the novelty of its narrow scope, this new labor of love is, sadly, far less inspiring than the sleepers from which it sprang (and with which Raij is no longer affiliated). Its spartan setting—a slim votive-lit room built from rough-hewn wood planks—lacks the snug warmth and standing-room bustle of its popular predecessors. The chef’s cooking, however, remains among the most solid Iberian fare in New York.

The menu, her most sprawling yet, features 36 dishes in four different categories. A sort of encyclopedia of the traditional Basque repertoire (heavy on seafood, innards and beans, with influences from neighboring France)—neither edited for brevity nor tempered for the American palate—it’s an overwhelming document, particularly since not much jumps out as a must-order signature dish (like the uni sandwich at El Quinto Pino or the chorizo with chocolate at Tia Pol).

Instead of the standard-issue tapas most New York diners are used to, you’ll find more adventurous fare, such as a musky bowl of tendons, trotters and tripe; fried breaded beef tongue (like tongue schnitzel) with pickles and mustard; and spring-roll wrappers filled with spicy blood sausage. While the offal stew—with its three degrees of chewy—is an acquired taste I have yet to acquire, the crisp tongue and crumbly sausage might win over the most squeamish diner.

Though this stuff is for the most part modestly priced ($8--$11 on average), portions are small. While that means a dinner here can quickly add up, it also means you can work your way through a good chunk of the menu, and get a solid primer on Basque cuisine as you go.

If you’re looking to limit your feast to the most memorable dishes, you might want to skip the salt cod pil-pil—the regional classic, featuring a thick, slippery, rehydrated cod fillet bathed in garlic oil and chilies, is a tad bland—and order instead the squid cut into wispy angel-hair strands with sweet onions and garlic, the butter-lettuce wedges with top-of-the-line Spanish anchovies and exceptionally flaky tuna, the one-bite canaps (a great breakfast-for-dinner snack) featuring sweet shredded chorizo topped with a fried runny quail egg, the refreshing cold poached leeks in a black-truffle and celery vinaigrette, or the slim-cut fries with compulsively dippable spicy-tangy cod-roe mayonnaise.

As at most tapas joints, with so many intriguing savory options, there’s not much of a case to be made for saving room for dessert. If you must, the puff pastry with custard and brandy-soaked cherries (a sort of Basque napoleon) and dense bittersweet-chocolate pudding are both fine, if simple, finales.

While much of the food here is certainly well-executed, in the end expediency—a small party can usually get in without a wait—is probably the best reason to choose Txikito over its often-packed forebears.

Drink this: A bottle of txakoli—the 2007 Itsas Mendi ($42), for instance—the refreshing effervescent white wine of the Basque country

Sit here: The few stools at the bar are the most lively and sociable seats in the house.

Conversation piece: Along with Txikito, Hispanophile Raij, who grew up in Minneapolis with Argentine parents, recently launched Piquillo—the first tapas joint in an American airport—at the new Jet Blue terminal at JFK.