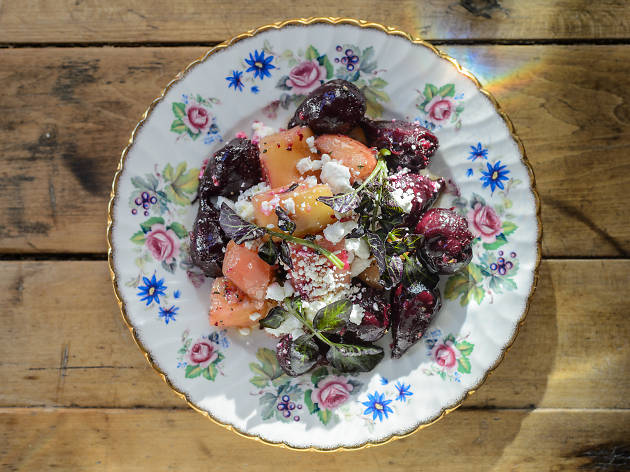 1/6
Photograph: Filip WolakBeets and apples at Via Carota 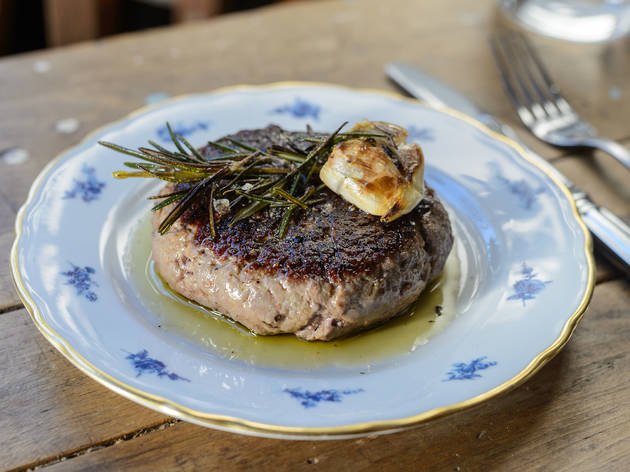 2/6
Photograph: Filip WolakSvizzerina at Via Carota 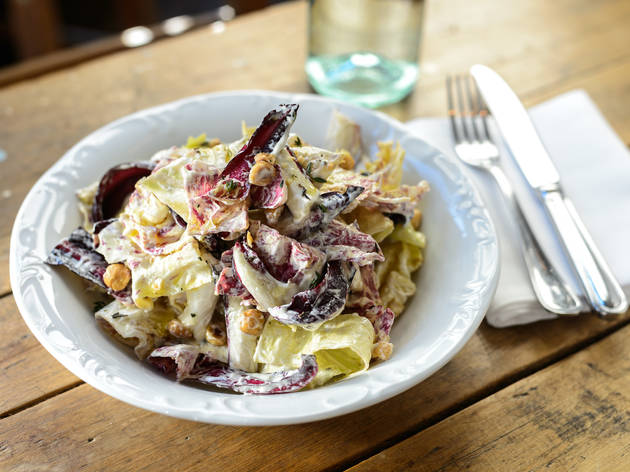 3/6
Photograph: Filip WolakRadicchio with pine nuts and currants at Via Carota 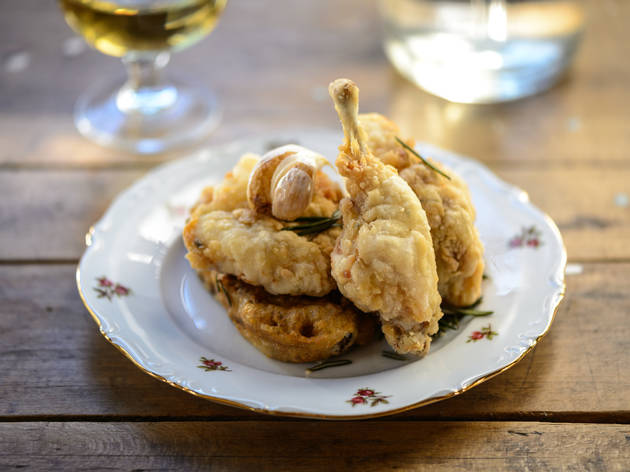 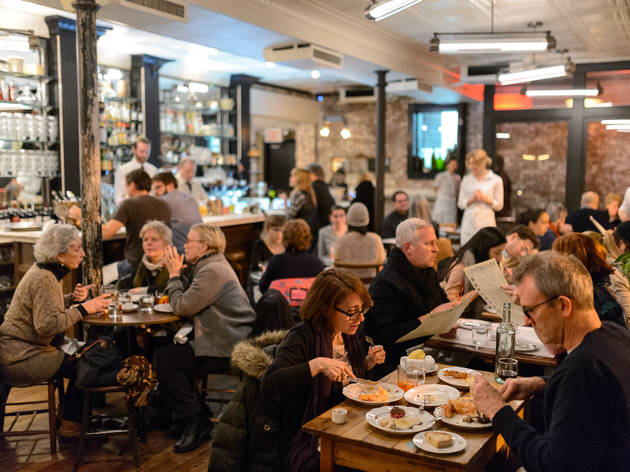 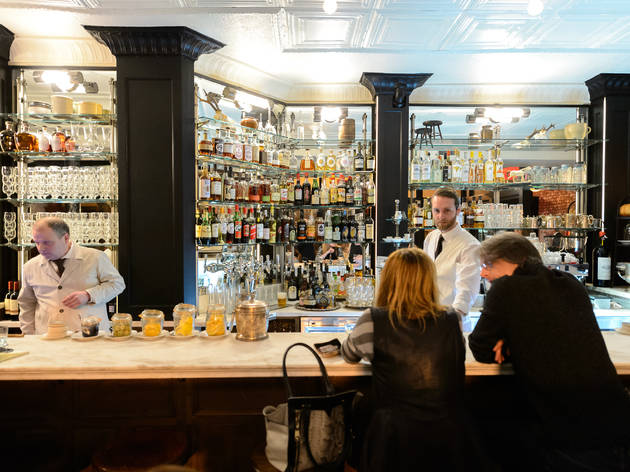 In the #trending slang lexicon of 2015, basic is not a compliment—it’s a dig to the banal, extra-regular-ness of everything from fur-lined Ugg boots to pumpkin-spice lattes. Basic cooking is no exception, redolent with whiffs of home kitchens and hands-on Sauté 101 classes. But the soulful Italian plates served at Via Carota, the first joint effort from chef power couple Jody Williams and Rita Sodi—at once rustic, sophisticated and heart-swelling—proves simple food can be anything but basic.

The glass-fronted Grove Street gastroteca (named after the Tuscan thoroughfare where Sodi once lived) is a chestnut’s throw from West Village charmers Buvette and I Sodi, where, respectively, Williams and Sodi took the reins as downtown’s doyennes of comfort food done excellently. Via Carota’s elegant ease is a spiritual extension of those restaurants and the chefs’ personal partnership, and the in-tandem cooking follows suit.

Pass over the satisfying-but-safe pastas—sacrilege for an Italian restaurant, maybe, but there are more exciting things to be had here—and nosedive into the menu’s deepest section, verdure. There you’ll find fuss-free provincial stunners like the barbabietola ($12), a toss of tender beets and pickled apples flecked with fragrant thyme and tangy pebbles of goat’s-milk feta, and crinkly, charred frills of grilled radicchio ($12), dressed in olive oil and nested with currants and toasted pine nuts. And there are fried whole artichokes, of course, a Sodi staple that come crispy on the outside and delicate at the heart ($8).

You can make an excellent meal here via vegetable alone, but then you’d miss out on the house svizzerina ($20), a bunless, hand-chopped round of New York strip steak that arrives flash- seared and nearly naked, save a few husk-on garlic cloves and a salty, rosemary-licked pool of fat. It’s like the most purist, primal burger you’ve ever had.

Fried rabbit ($19), as lightly crisp as good calamari, would benefit from a spritz of lemon, but Sodi and Williams’s collective confidence in the kitchen largely eclipses such meager missteps. In a food culture fueled by high-tech hybrid desserts and brainiac noodle bowls, the chefs operate with an unflappable, frankly-my-dear disregard for “cool” that very nearly borders on subversive. (The soundtrack is reminiscent of a parent’s Pandora station—think eight-year-old Iron & Wine songs— and the knickknacky room is garnished with more bowls of fruit than a Nancy Meyers movie kitchen.) At Via Carota, Sodi and Williams are keeping things simple and, as a byproduct, simply fucking good.