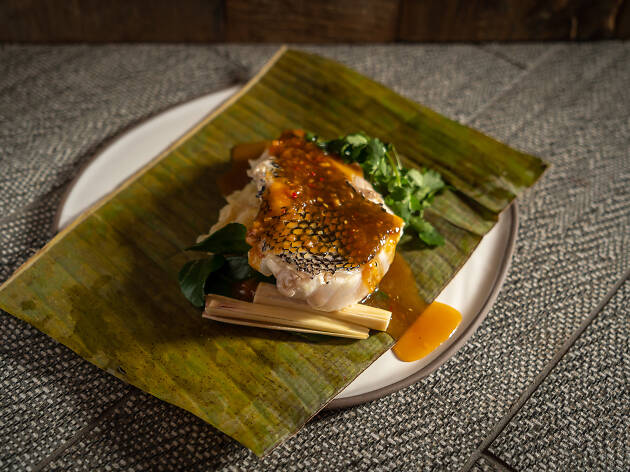 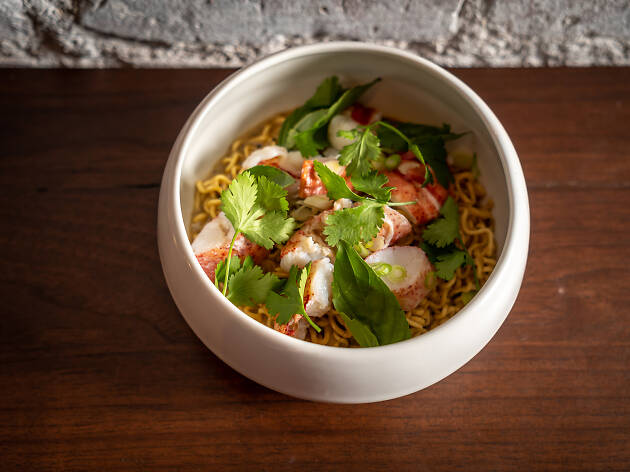 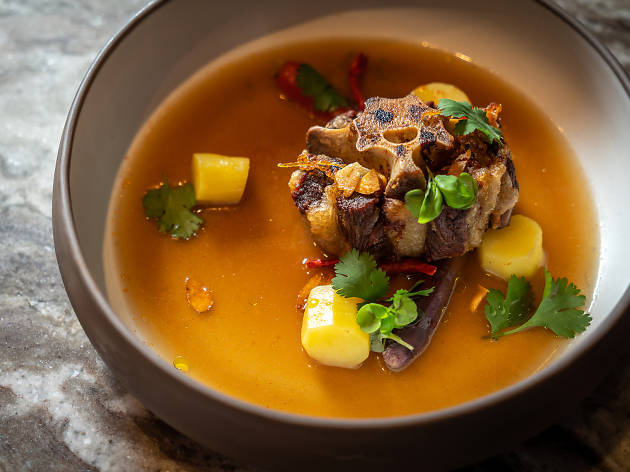 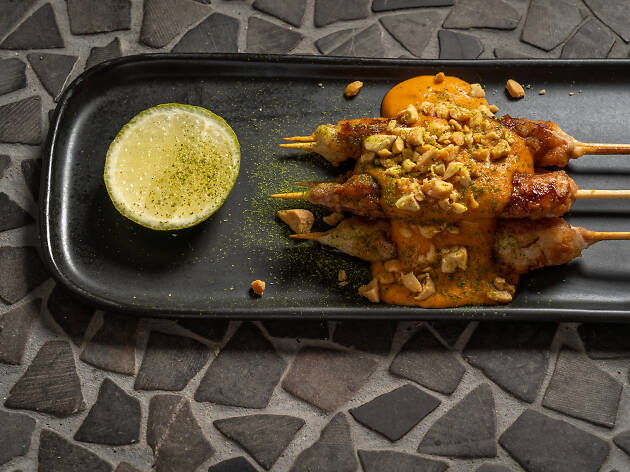 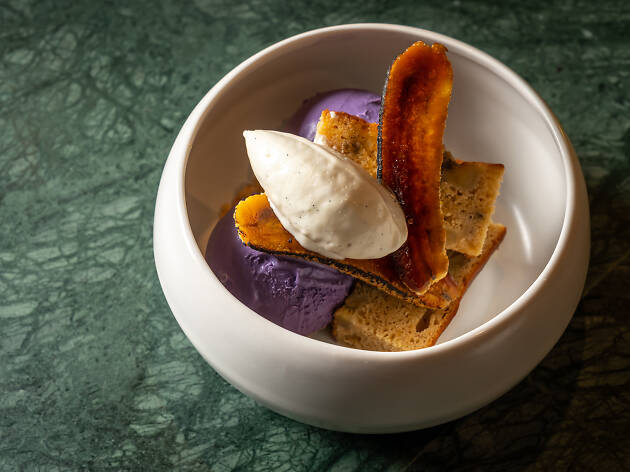 It used to be that any restaurant dubbed “Asian fusion” might as well hang a DO NOT ENTER sign. Chefs would often attempt to blend flavors that are foreign to many American diners, then tone them down and end up with something forgettable—or, as my dining companion likes to call it, “confusion cuisine.”

Luckily, that’s changed. At Wayan, chef Cédric Vongerichten and his wife, Ochi, offer an ode to Indonesian food with French touches. However, when I stepped into this buzzy restaurant that’s decorated with teak carvings and antiques mixed with sleek, designer-looking leather chairs, I wasn’t sure what to expect.

The seemingly straightforward chicken satays ($14) convinced me that the kitchen knew its way around fusion cuisine. The perfectly cooked skewers were paired with a rich peanut sauce that evokes flavors that you’d find in Bali. A Javanese oxtail soup ($19) was rich with beefiness and hints of cinnamon, lightened with herbs. I wish I received a bigger portion of the steamed black sea bass ($24) because the chili-calamansi vinaigrette on top made this simple dish pop with flavors.

It’s also worth noting that the Vongerichtens live in the shadow of Cédric’s father, Jean-Georges Vongerichten. Before Asian fusion became mass market (and quickly went south), the celebrated chef with restaruants across the world was one of the leaders in marrying fine dining with global flavors. In recent years, however, younger chefs like Cédric have shed fusion cooking’s bad reputation. The menu drops gimmicky names and doesn’t hold back on playing with sweet, sour or spicy notes.

A bite of the nasi goreng ($16), a staple Indonesian fried-rice dish, made me a believer that today’s fusion cuisine is something to be embraced. The kitchen was not confused when we ordered a second helping.