There was a time when the beau monde subsisted entirely on Peking duck pizza and "Confucious chicken salad." This was in the '80s and '90s---before "fusion" was a four-letter word, and the combined cooking of China, Thailand, Vietnam and India lured the expense-account set to hot spots like Vong and Asia de Cuba. The genre went big, at China Grills across the country and a Tao in Las Vegas.But the aughts put an end to all that nonsense in New York. After the party food came the rise of more authentic chefly fare, with guys like Harold Dieterle and Zak Pelaccio traveling across Southeast Asia in search of ideas. Back home they put their own locavore spin on the things they discovered, elevating traditional cooking at places like Kin Shop and Fatty Crab.Wong looks, from the outside, to be that sort of restaurant, combining a we-know-our-farmers ethos with exotic ingredients from all across Asia. The setting, too, seems right on trend, abandoning ethnic kitsch for salvaged public-school chairs and homey knickknacks. It might be the prototype, in fact, for a new farm-to-table pan-Asian mash-up if only its chef, Simpson Wong, weren't such an inconsistent cook.Wong has spent years indulging in cross-border cooking at his restaurant, Caf Asean. But while the recipes there remain mostly traditional, the food at the new spot is much more free-form.The kitchen stumbles right out of the gate, with complimentary naan, the king of all Indian breads, downgraded to leaden dough. The Chinese buns are just as heavy: The greasy handfuls are perplexingly deep-fried and stuffed with mushy braised duck. Pork belly shows up in another starter: The unctuous meat in a funky fermented tofu sauce is simply matched with Tater-Tots of crispy taro. The shrimp fritters here aren't bad either, although they certainly look like a mess. The shrimp nuggets, folded with fried taro strips, are piled into a huge bowl atop cold rice noodles in sweet pineapple relish.Wong's brand of kitchen-sink cooking feels improvisational in the worst way, with lots of ingredients that rarely gel stacked on top of each other. His egg foo young has hen eggs and salted duck yolks, Maine lobster and shredded leeks, tomato sauce and crumbled shrimp cookies.  It's a bizarre riot of flavors served in the cast-iron pan that it's cooked in. A huge plate of "eco-friendly" pork, as it's described on the menu, is just as cacophonous, a buffet-table heap of leathery chop, dense meatball, and dry rib, with blackened brussels sprouts and sliced Asian pear in an insipid sweet-and-sour pineapple sauce. The chef's riff on Cha Ca La Vong, a Vietnamese fish dish made here with hunks of seared hake, is less complicated but one-dimensional, overpowered by turmeric and dill.Desserts, too, are all over the map, but more skillfully rendered---pastry chef Judy Chen worked at Daniel. Her duck la plum sounds strange, but the roasted-duck ice cream, made from milk steeped in duck drippings, is subtle and elegant; it's paired with five-spice cookies and star-anise-infused plums.Wacky ideas and upscale ingredients are where pan-Asian cooking began, and where it fizzled. But fusion has evolved, grown less self-conscious since Giuliani left office. Wong, though, is an unfortunate step back.

Drink this: The Silk Root, the most intriguing of the Asian-ish cocktails here, is like a Dark and Stormy crossed with a root-beer float---with ginger beer, Root liqueur and a grilled orange garnish ($11). Among the East Coast brews, Harpoon's Winter Warmer spiced ale is a fine match for this assertive food ($6.50).

Sit here: The public-school chairs are as uncomfortable as you remember them; better to dine on a stool at the concrete bar.

Conversation piece: Simpson Wong grew up in Malaysia, where a melting pot of Chinese, Thai, Anglo, and Indian cultures inform the cuisine. Before opening this spot he traveled home, and to neighboring countries, looking for new fusion ideas. 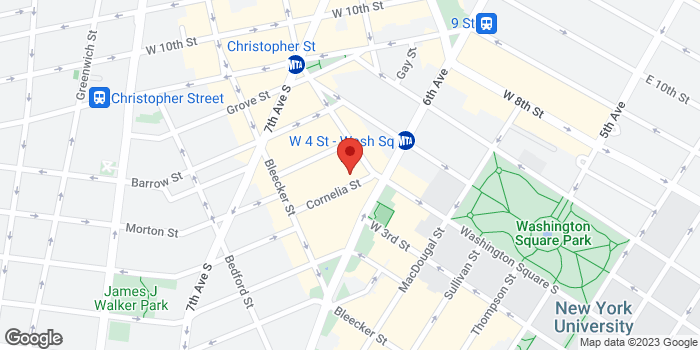