Newly opened in the West Village this past June, Yuco has 65 seats and an aim “to be the single most innovative Yucateco restaurant in the world.” Already, it's doing a bit to reorient fine dining in NYC.

You can go to Yuco and spend $225 per person on its tasting menu before drinks, tax and tip. Nine courses are like a carousel of some of the best of what Yuco has to offer across its price tiers. A $95 prix-fixe lets you choose one item from first, main and mid-course sections. In a move that separates Yuco from NYC’s more antiquated institutions of higher eating, everything is available à la carte.

Chef-partner Christian Ortiz’s excellent braised oxtail en mole, for example, appears on either the prix-fixe menu or on its own for $51. Even divorced from the pageantry of Yuco’s grandest tasting and the truncated spectacle of its second, the execution is remarkable. This is a ne plus ultra oxtail, rich and satiny and offset by a deep mole unlike what any other NYC restaurant has on its menu.

The recipe is a collaboration between Ortiz and sous chef Jose Hernandez and takes about a week to make, not accounting for the research and development that preceded the plate. Rare Yucatán chiles like chilcostle and chilhuacle are soaked and charred and spices are toasted before it’s all joined, reduced, strained and aged. The oxtail is braised, pulled, rolled and wrapped in caul fat.

The resulting spheres shred nicely with a fork’s gentle trace, and they’re a strong contender for entry into the city’s cattle canon. Served with a short stack of house-made heirloom corn tortillas, made to order and individually weighed for the ideal thickness, it’s an essential dish. The quick freshness of the tortillas and the obvious time and attention poured over the oxtail mingle in a balance seldom so apparent.

Yuco’s steak is also sensational, beautifully presented but a bit paltry at a glance, considering its $54 individual price tag. If you have $54 to spend on three decently thick slices of ideally finished prime ribeye, these are the three decently thick ideally finished slices of prime ribeye to spend them on. On the $225 long-form tasting, you might not pause at the modest presentation, daintily arranged on a vibrant chayote squash puree with charred pearl onion halves and a dash of chili demi-glace. Á la carte, it does raise an eyebrow. But, prepared sous vide then pan-seared, it outpaces many Manhattan steakhouse favorites by a mile, even in its inch increments. (It’s 5.5 ounces, if you’re counting.)

With its rare chiles and meticulously sourced ingredients, Yuco’s menu is distinctive, and its focus on singularity is apparent in the wine and cocktail list, too. Co-owner Trent Walker employs a neat gadget to offer some very fancy wines that wouldn’t otherwise be available by the glass. The device taps bottles without uncorking them, enabling Yuco to serve quarter-bottle pours that range from $45 to $125; a less bank account cleansing sum than normally attached to such varieties, and an infrequent opportunity to splurge on a taste of what’s considered some of the best wine in the world. On the spirits side, the bar carries a tepextate unseen elsewhere in the US, and you should see what they’re doing with corn in the aptly titled Mexican whiskey-based Five Ages of Corn cocktail.

Yuco’s food is very good, as it is at many restaurants. But a lot of its magnetism and the quality that makes it worth returning to comes from the combination of preparation and detail and ingredients that you’ll only find here. “You have to order the oxtail,” you’ll tell a friend, or you’ll make a note that the next time you wish to dwell or to bask, you will come back to Yuco to sample the mole and sip the $95 cab that no one else has.

The Vibe: Relaxed elegance with a bar near the entrance, dining room set back a bit and a cozy booth alcove in the middle.

The Food: The à la carte menu’s first course section also includes a lovely crispy octopus ($32). Chef Ortiz will only use 4-4.5 lb octopus to achieve the desired tenderness. It gets an eight hour sous vide treatment, followed by an ice bath and a pan sear with burning apple wood-infused arbequina oil. Section two is all tacos and the Wagyu option ($22) is as delicious as you’d hope. And, although it would be hard to diverge from the oxtail, there’s also an 18-hour smoked cochinita pibil for two ($110) among the mains.

The Drinks: Hard-to-find wine by the glass and elaborately constructed cocktails.

Time Out Tip: Everything is 20% off at happy hour until 7pm. 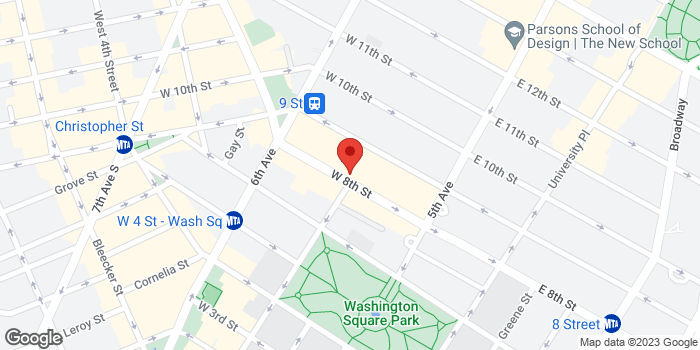