Chef José Andrés is known both for his work as founder of the nonprofit World Central Kitchen, which aims to provide meals amid worldwide crises, and for his hospitality ventures, which presently operate across North America and in the Bahamas. The latter has earned him a United States National Humanities Medal; the former, Beard and Michelin recognition. After returning from near-space last year, billionaire Jeff Bezos bestowed Andrés with the newly created Courage and Civility Award, which comes with a $100 million prize.

Andrés’ Zaytinya first opened in D.C. in 2002, and has two-and-a-half stars (“good/excellent”) in The Washington Post as of 2016. The Turkish, Greek and Lebanese-influenced restaurant’s NYC outpost opened in Manhattan with chef-partner Michael Costa and head chef Jose Ayalathis July. Its location at The Ritz-Carlton, Nomad, would be fine shortly after arriving in the area from out of town, a little fatigued, but still wanting to go “out” before a big day tomorrow.

Around dinner, the 140-seat space is still bright, maybe not yet calibrated to the newly arriving daylight saving sunsets beyond the big windows outside. Restaurants, in general, are better served to mirror celestial patterns. Things dim a bit a little later, but by then you’re already calibrated for a dining room that seems more lit for brunch than evening feasting.

These low-point highlights are a little more pronounced at the bar, where, don’t we all want to look twilight-kissed, at most? (Who ever looked beautiful holding a Manhattan in the sunlight? This is not rhetorical; I must know.) The area is pretty, though, curved up toward the high ceiling with shades of blue encased in circles influenced by the evil eye. Most of Zaytinya’s drinks are ok. Its Ankara rye club ($19) is too strong on the vermouth but otherwise fine unless you’re really looking forward to its promise of seemingly absent thyme, cumin and aromatic bitters. The Sidecar to Tangier ($19) is also a serviceable stated mix of the Greek spirit Metaxa, honey, lemon, orange liqueur and a “spice blend,” that all amounts more or less to A Cocktail.

Sadly, it also serves one of the worst cocktails I’ve ever ordered, made or been served. (Including the time I mistakenly shook a daiquiri with old milk instead of lime.) That cocktai is the Just on Thyme ($19) (thyme-infused gin, green Chartreuse, lemon, pistachio orgeat, aquafaba), and it is very bad.

At the table, and a few days later, I politely described it as dishwater, but more visceral descriptions came, and come to mind. It’s a conversation-starter, at least, raising questions like how soon does aquafaba (typically chickpea water, frequently used as an eggwhite froth replacement) go bad, and could that be the culprit? Best case scenario, Zaytinya keeps the unappetising tipple on the menu, inspires a TikTok challenge and laughs straight to the bank.

Mediterranean wine selections are the safer bet to pair with mezze, which is divided by spreads, flatbreads, cures and cheese, soup and salad, vegetables, seafood and meat and poultry. Zaytinya recommends three or four plates per person.

The taramosalata ($11) is terrific, bursting with titular teeny-tiny cured carp roe suspended in a blanket of puréed potatoes. It’s vibrant and fun to eat, spread on freshly baked, steaming pita. The Turkish-style pastrama ($11) is also interesting; four transparently thin slices are rich, pungent and exceptionally tender. There’s little else like it in NYC at the moment but the ability to count the addition of (tasty enough) apricots and pine nuts (4 and maybe about ten, respectively) feels a bit stingy for an extra $3. But, if those are pretty good, why the two stars, which in Time Out parlance mean “not good”? A lot of Zaytinya NYC’s dishes hover around average and, with the above exceptions, seldom zags up to even good’s shallow waters.

Its hommus ($11) is a clear “it’s fine!,” with a solidly average texture and totally expected proportions of chickpeas, garlic and tahini. Six small, dense falafel balls ($14) also inspire unwelcome comparisons to street favorites, although their accompanying tahini is nicer than most. Four scallops ($21) are admirably prepared to a successful lower doneness than a lot of kitchens, especially in hotels, would shy away from. But aside from crossing the bar low bar of no grit or beards, even their pleasant accompanying chilled corn tzatziki with harissa chili crisp and chives doesn’t do enough to liven up the morsels or make them worth the table space. And the lamb baharat ($16), well that’s fine(!) too, if curiously indistinguishable from “red meat” in general, in spite of lamb’s typical distinctiveness.

There’s a bit of a home team spirit that comes into play when spending money, and that sentiment is amplified when spending it with a known and respected entity. If it isn’t “good,” or good’s frequent, exaggerated stand-in, “great,” it feels like a defeat. You can’t win ‘em all, but Zaytinya NYC is best left in the visitors’ section.

The Vibe: Bright and roomy spanning 130 seats with a mostly pale color palette and some vibrant splashes. A hotel restaurant that feels more or less like a hotel restaurant.

The Food:  Turkish, Greek and Lebanese-influenced mezze. The restaurant recommends 3-4 plates per person.

The Drinks: Mostly ok cocktails (avoid the Just on Thyme), wine and beer. 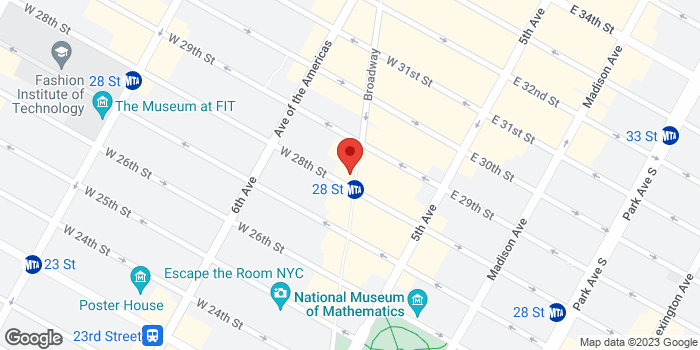