August Strindberg in Repertory: Mies Julie & The Dance of Death 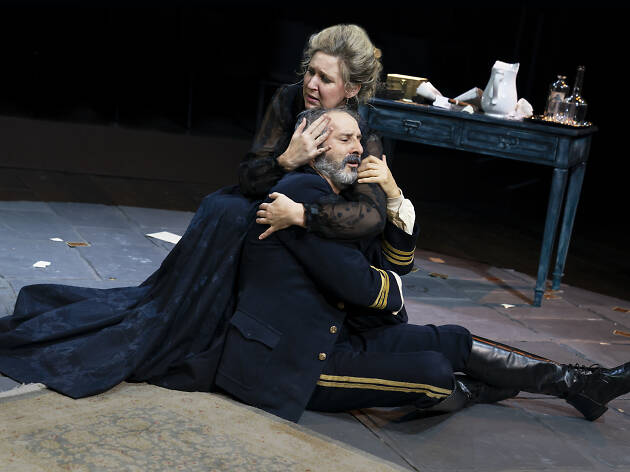 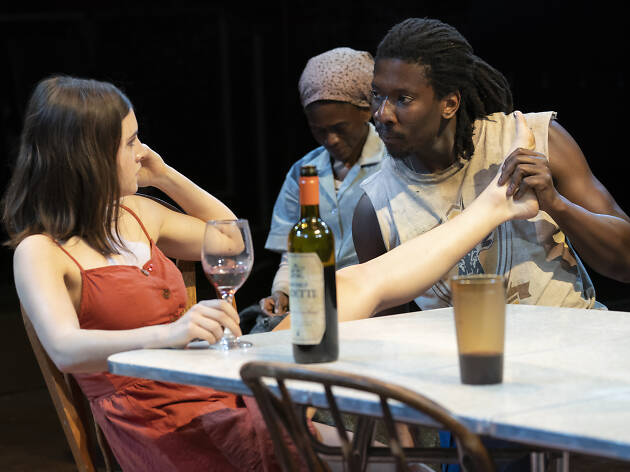 Classic Stage Company is presenting a pair of dramas, The Dance of Death and Mies Julie, under the rubric “Two 19th Century Plays by August Strindberg in Repertory,” but only the former technically fits that bill. Still, both plays are true to Strindberg’s dark vision of human interaction. In the master Swedish dramatist’s versions of romance, there is no chance of happily ever after.

As the title threatens, Strindberg's dysfunctional-marriage drama The Dance of Death often feels dizzying and deadly. So it's a treat that director Victoria Clark—yes, the Broadway musical star—leans into the bleak humor in this depiction of a husband and wife so scarily destructive they make the central couple in Who's Afraid of Virginia Woolf seem cozy. Former stage actress Alice (the invaluable Cassie Beck) and retired military captain Edgar (Rich Topol) live in misery on an isolated isle at the turn of the 20th century. Their 25th anniversary is approaching, but only if they don't kill each other first: Each of them openly pines for the other's demise. When their wedded abyss is interrupted by an unexpected visit from Alice's cousin, Kurt (Christopher Innvar), they're forced to adjust the steps they take as they twirl toward the precipice.

Clark's raucous take, immeasurably aided by Conor McPherson's colloquial translation, uses David L. Arsenault's circular stage like a boxing ring, with the sparring partners retreating to separate corners when wounded. Subtle it's not, and at times the performances teeter on the edge of overdone. But if Strindberg's observations about class and gender get buried under the broadness, the dark comedy of codependence shines through. Anyone who's ever been in a bad relationship should relate: There's something weirdly cathartic about laughing at someone else's romantic torture.

There’s nothing funny about Mies Julie, in which South African playwright Yaël Farber cleverly uses the template of Strindberg’s 1888 play Miss Julie to explore clashes of class, gender, race and ownership in her homeland. Instead of the original love triangle, this 2012 work revolves around John (a searing James Udom), a Xhosa farmhand who dreams of a better future; his mother, Christine (a devastating Patrice Johnson Chevannes), who's worn out from a life of labor; and Julie (Elise Kibler), the impetuous young daughter of an Afrikaans plantation owner. Both primarily raised by Christine, John and Julie share a familial bond that evolves into a volatile passion. Though Apartheid ended in 1994—the brisk one-act is set on the 18th anniversary of the annual Freedom Day celebration—the societal trauma it engendered remains.

Shariffa Ali's raw, in-the-round staging on David L. Arsenault's sparse kitchen set is meant to jar. It leaves nothing to the imagination, including the sex, which takes place violently atop the table where John initially refuses to even sit in Julie's presence. Kibler isn't as strong as her costars—her accent is as fickle as her character's emotions—but Julie’s fate is still haunting, as is Farber's insight into what continues to ail their country. John and Christine literally work over their ancestors, whose graves are beneath the floor. How can a nation heal when the injustice of its history has never been properly buried?