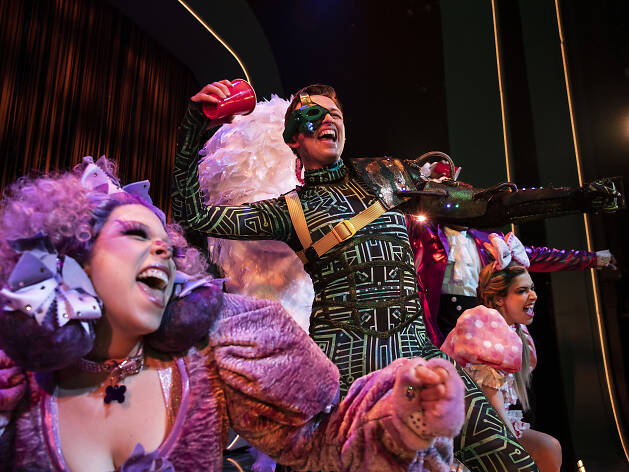 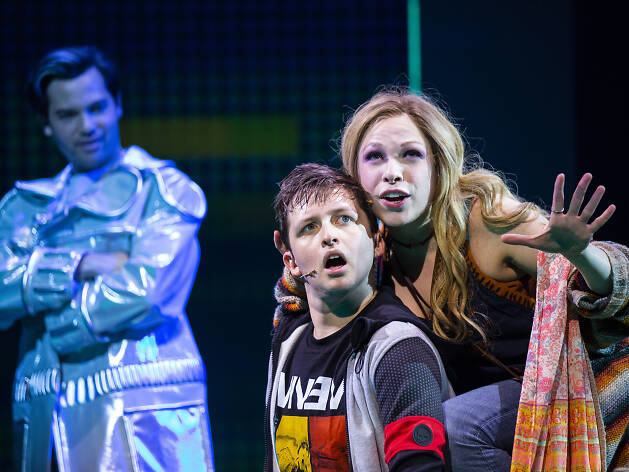 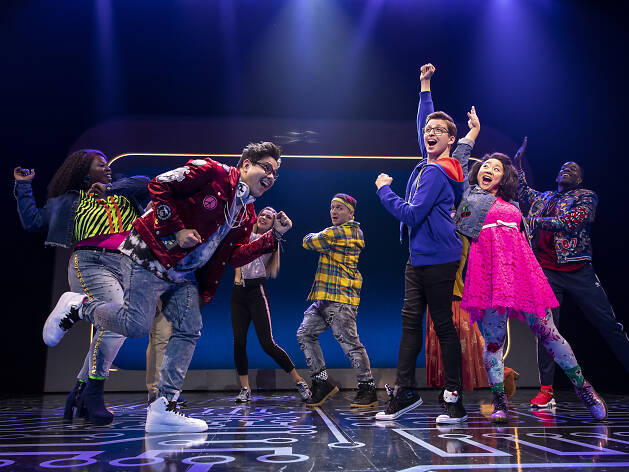 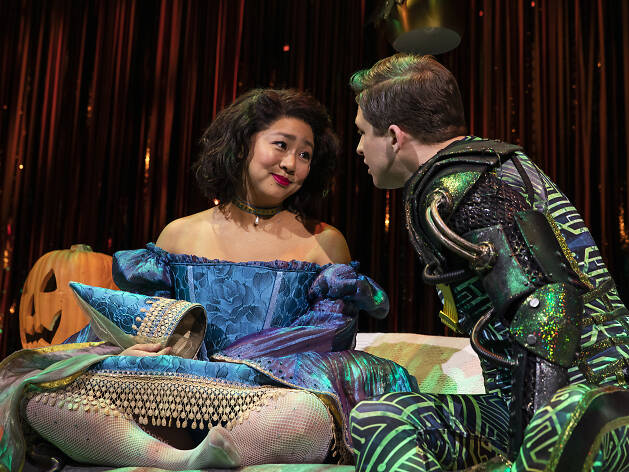 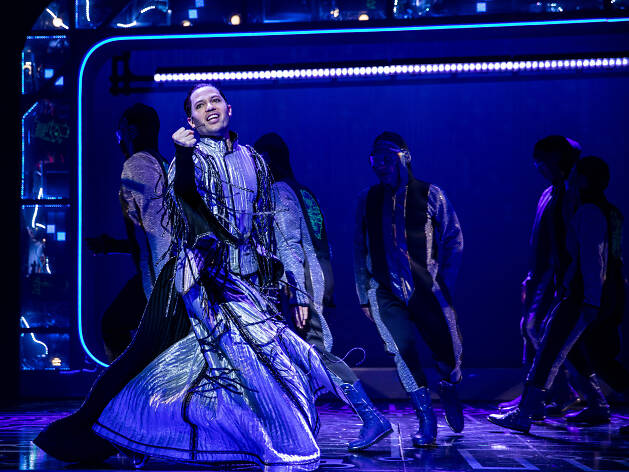 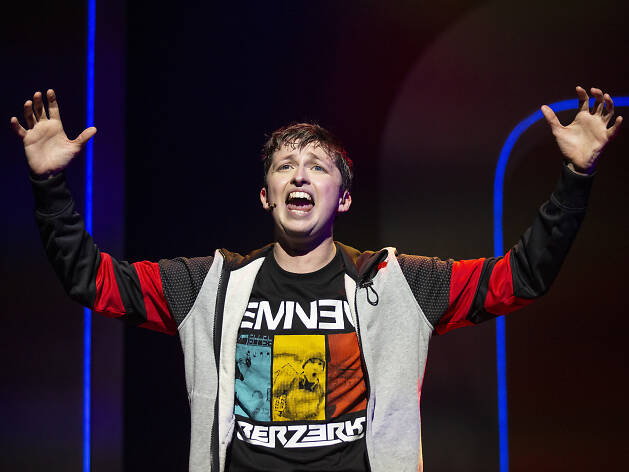 An online phenomenon loses its mojo on Broadway.

Be More Chill has been hot, hot, hot. After its New Jersey premiere in 2015, Joe Iconis and Joe Tracz’s young-adult musical attracted a massive following of teenagers online, and its Off Broadway run last summer brought those fans out in force: clutching one another other in anticipation, whooping with approval, lining up for autographs in the lobby of the Signature. But Be More Chill has now moved to Broadway’s much larger Lyceum Theatre, where the air is less thick with youthful enthusiasm. Appealing though it often was in a smaller venue, the show has a different energy in this new space. The heat is off.

As in Dear Evan Hansen, the antihero here is an awkward teenage boy, with a struggling single parent, whose social standing rises through a combination of deception and modern technology. But Be More Chill approaches this scenario through the lens of goofy sci-fi, prefigured early on with spooky theremin music. Our unhappy camper is Jeremy (Will Roland), and his route to social acceptance involves a literal chill pill: a black-market Japanese capsule known as a Squip. Though the magic of “quantum nanontechnology,” the Squip (embodied by Jason Tam) sets up camp in Jeremy’s brain and tells him what to do, how to dress and whom to befriend in order to ingratiate himself with the in crowd at his high school and win the love of Christine (Stephanie Hsu), the winsomely overeager theater dork of his dreams.

As is traditional in Faustian-bargain stories, all does not go well. Not only does Jeremy become a jerk—ignoring his best friend, Michael (George Salazar), and using the insecure Brooke (the excellent Lauren Marcus, in the show’s loosest performance) as a rung on his social ladder—but the Squip also turns out to have nefarious plans for widespread conquest. People get hurt and gossip runs wild; a Halloween party begins in cute outfits and ends in disaster. It’s a comfortingly familiar hybrid: Little Shop of Mean Girls.

Despite its patina of up-to-dateness, Be More Chill has a foot planted firmly in nostalgia, especially for the movies and music of the 1980s. Even for no-longer-young adults, it has entertaining moments. Iconis’s cannily crafted score features several nifty pop hooks (hampered by slightly fussy lyrics), including sympathetic character songs for Christine and Michael. Costumer Bobby Frederick Tilley II provides an amusingly ornate sequence of silver tech-god outfits for the Squip and a funny slutty-baby getup for queen bee Chloe (the effective Katlyn Carlson). Tiffany Mann, in an underwritten role, throws down some yowza vocals in the second act.

But however much you root for it, Be More Chill ultimately seems like a talented, likable team that is playing in the wrong league, and the Lyceum looms around it like a judgment. Directed in broad strokes by Stephen Brackett, the show doesn’t take itself seriously enough; many of the jokes are underbaked, and by the time it reaches its wacky, hectic finale, it has thrown internal logic out the window. And the production’s embrace of cartoonishness works against the sentimental effects it sometimes reaches for, especially since we have little reason to care about Jeremy one way or the other; Roland, who was terrific as the needling sidekick in Dear Evan Hansen, sings well but doesn’t project the sensitivity that might help fill out his role. Be More Chill takes it for granted that we’ll like Jeremy just because most of the kids at his school do not. But unpopularity, like popularity, only goes so far.