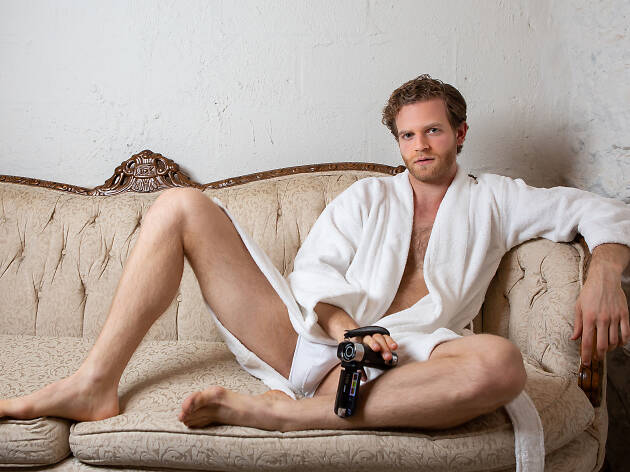 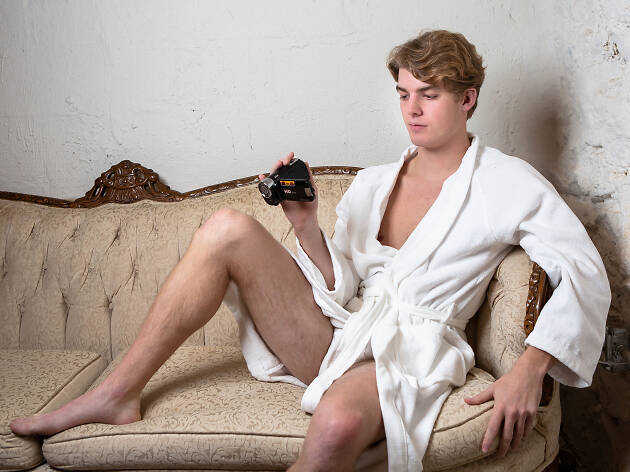 When you enter the very intimate basement venue for Bleach, a fellow at the door signs you in. “Any trouble at all with being touched by the performer?” he asks, professionally, with his clipboard at the ready to note your likes and dislikes. Dan Ireland-Reeves’s play, a monodrama for a sex worker in mental disarray, doesn’t really have a problem with making you feel uncomfortable. It just wants to establish that all the unclothed proximity ahead is something you have chosen—and paid for.

Tyler (Brendan George) will do anything for enough cash. It says so on his business card! That’s how he affords the roomy studio apartment in which eight to ten of us at a time sit on couches and chairs, all pointed toward Tyler’s big, rumpled, rather lonely-looking bed. When Tyler emerges, naked and stretching like a cat, he’s already on the defensive. As he describes his coke-raddled passion for the hustler’s life, he lets slip little hints that all isn’t well. “I know what I did was wrong,” he says. And after many digressions and occasional audience cuddles, Tyler forces himself to admit to us (and to himself) that some of his rough play has gone very badly indeed.

Ireland-Reeves’s play takes fewer risks than Tyler does. We’re missing some key part of Tyler’s fall down the morality slide; we learn that he’s suffered heartbreak, but the play asks us to believe a level of self-destruction and cruelty that simply doesn’t gibe with the faunlike performer in front of us. Directed by Zack Carey, the show makes it too easy to disbelieve the dark stuff: The play and actor—the slinky George alternates with Eamon Yates in the role—point to depravity but exude coquettishness. The night seems meant to feel risky, like a Grindr encounter gone disastrously awry. But despite a committed in-your-lap performance, it pulls too many of its psychosexual punches. Bleach wants to sting and corrode and make your eyes water. Instead, it's a mild and pleasant evening—not a bad date at all.