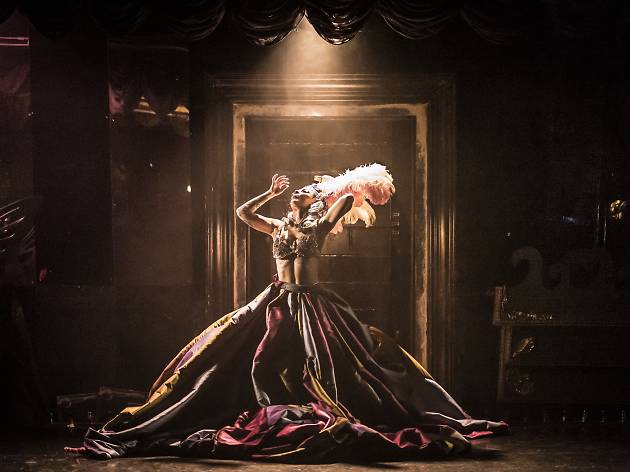 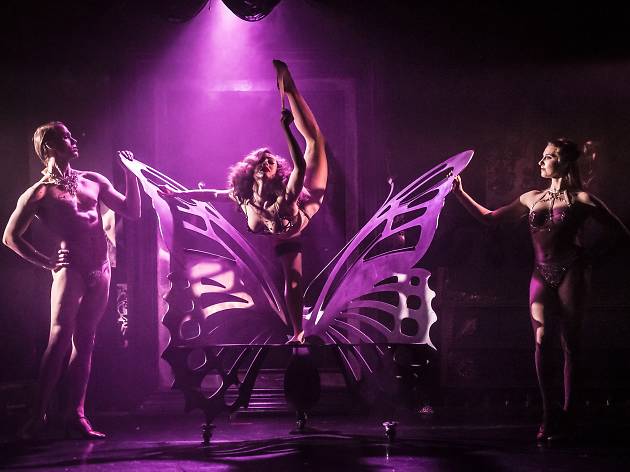 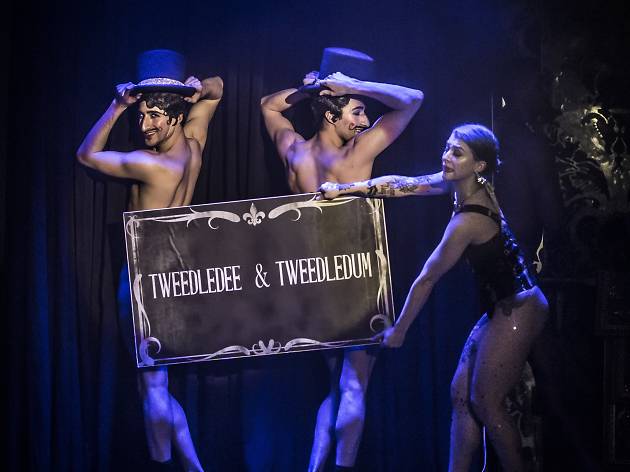 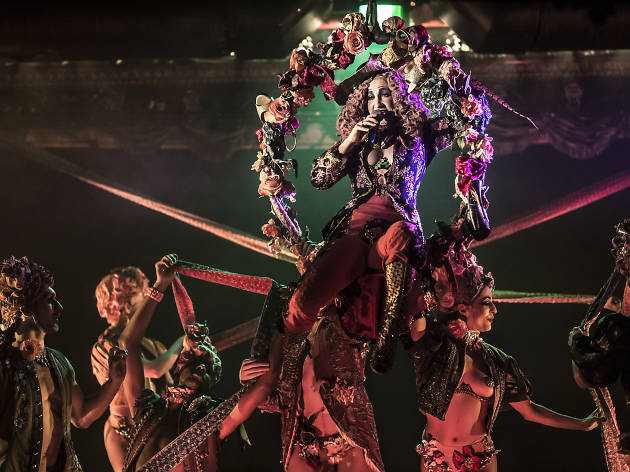 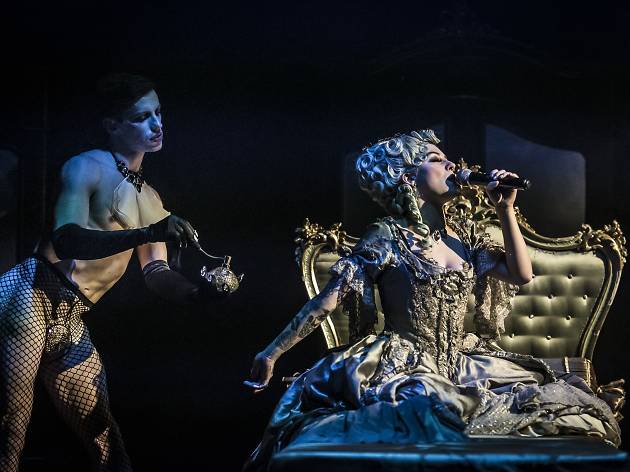 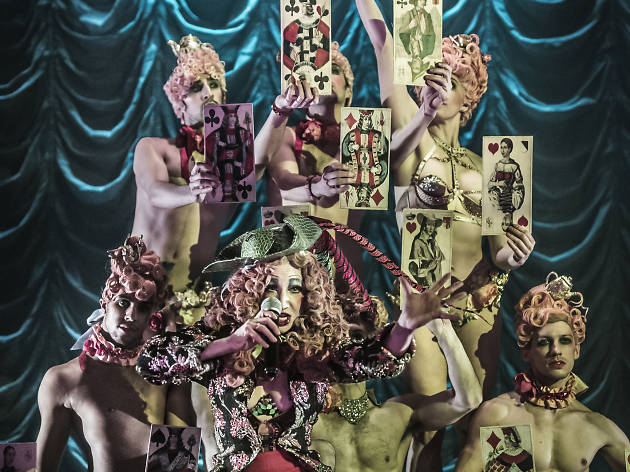 Lewis Carroll's trippy Alice in Wonderland books have inspired many a theatrical spectacle, but Company XIV's seductive Queen of Hearts is a singular sexcess: a transporting fusion of haute burlesque, circus, dance and song. Your fall down the glamorous rabbit hole begins upon entering the troupe's louche Bushwick lair, where scantily clad server-performers slink about in flattering red lighting. A cursory knowledge of the source material will help you make sense of the show’s three-act cavalcade of Alice-inspired routines, as our blue-haired heroine (sweet-voiced siren Lexxe) embarks on an NC-17 coming-of-age journey under the guidance of the White Rabbit (Michael Cunio, strutting confidently in heels and screeching like a hair-metal star).

As usual, Company XIV’s impressive impresario, Austin McCormick, has assembled an array of alluring and highly skilled artists, who look smashing in Zane Pihlstrom's lace-and-crystal-encrusted costumes. Standouts include contortionist Lilin Lace, who emerges in an S/M-vinyl cocoon and transforms into a beauteous butterfly; mustachioed twins Nicholas and Ross Katen as Tweedledum and Tweedledee, performing a cheeky spin on the Marx Brothers' mirror trick; ballet dancers Jourdan Epstein and Ryan Redmond doing a doozy of a pas de deux as the Cheshire Cats; and acrobat-chanteuse Marcy Richardson as the Mad Hatter, who turns modern-day hits into politically charged popera, often while literally swinging from the chandelier. As the title royal, voluptuous vocalist Storm Marrero rules over all in her stunning 11-o'clock number.

With its soundtrack of pop songs, attractive ensemble cast and immersive aesthetics—plus chocolate and specialty cocktails—Queen of Hearts feels like Moulin Rouge! for actual bohemians. Hell, it even has a cancan. Like Alice, you may resist returning to reality when it's over.