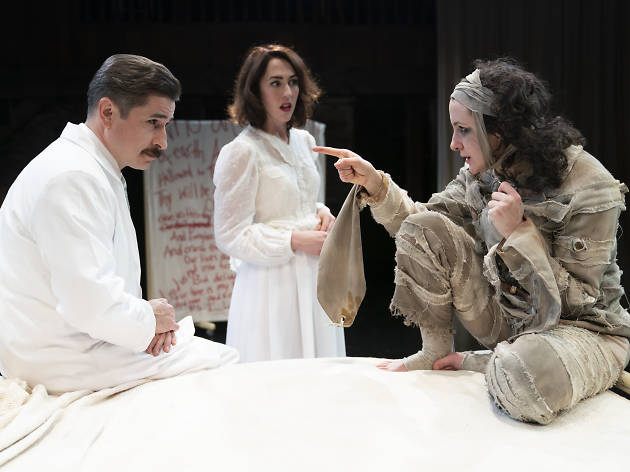 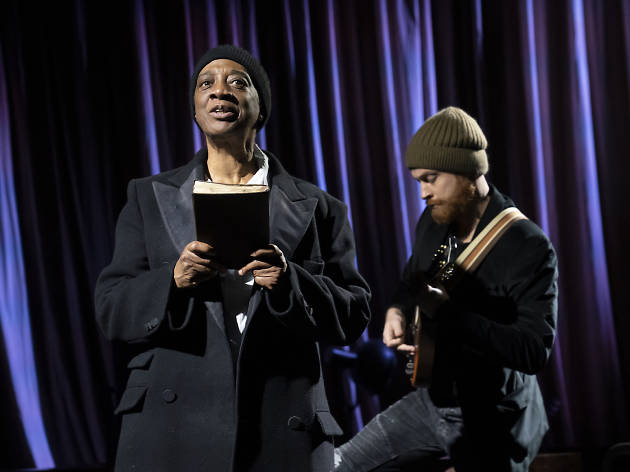 Sarna Lapine, who also directed Hamill's Little Women, expertly navigates the script's wild tonal shifts as the production bounces between humor and horror, boosted by clever low-tech effects. (Strings of red beads unspool against Robert Perdziola's all-white costumes whenever blood needs to flow). All of the actors gamely sink their teeth into their parts, but this is the Van Helsing and Mina show, with Seward as their comic foil. Every time he shushes them or calls them hysterical or refuses to address Van Helsing as a doctor, their exasperation incites knowing laughs, especially from women in the audience. Dracula may not be subtle—the dialogue sometimes veers into dogma—but it is satisfying to see these ladies kick ass while rebelling against the subservient roles that so many stories want to cast them in.

Tristan Bernays' two-actor retelling of Frankenstein is more experimental and challenging. Stephanie Berry has a dual male role as both the Creature and the Doctor who created it; Rob Morrison handles all the other characters and supplies live music and sound effects. Clad in a sexless suit with no makeup, Berry is excellent and empathetic as the Creature, who just wants to be loved; at the outset of the play, it’s fascinating to watch the monster slowly gain consciousness, speech and reason before our eyes.

Once the lonely Creature leaves the laboratory to meet its maker, however, Frankenstein falls into confusion. Morrison briefly portrays the Doctor, and when Berry takes over, her performance fails to distinguish between the two characters she’s playing. This is presumably a choice by director Timothy Douglas to show that the Monster is a reflection of the Doctor as well as society as a whole. But this conceit doesn't translate coherently to the stage, and the play’s final third is so episodic that momentous events—such as the murder of the Doctor's fiancée—barely register. Like the Creature, the play lumbers to an unhappy ending that seems all the more tragic because it started with such promise.