Wishes don’t always come true. That’s a fact
Confirmed all too clearly in each long act
Of Fairycakes, by Douglas Carter Beane,
A writer of talent—plain if you’ve seen
The Little Dog Laughed, or his other works.
A challenge is something Beane never shirks,
And his challenge this time is a doozy:
A mash-up, both demented and woozy—
Into the Woods meets Midsummer Night’s Dream
With characters of a Disneyish theme
(Pinocchio, fairies, Cinderella,
Sleeping Beauty, some rough pirate fella).
You enter with deep anticipation
That rapidly sours into deflation.
Beane’s funny, and cannot be written off
But here he can’t chew what he’s bitten off.

Most of the text, though not always precise,
Is rhyming couplets, a tortured device
That traps the play in verse that is cloying
And rhythms that quickly grow annoying.
It’s bold as a choice but—let us be fair—
A bitch to sustain unless you’re Molière.
In straining to be constantly clever
Fairycakes seems to drag on forever
And Beane’s direction, shapeless and manic,
Sets the stage in a state of dull panic.

It gives no pleasure at all to knock a
High-level cast that includes Mo Rocca
And Jackie Hoffman! And Kristolyn Lloyd!
Who doesn't like to see these folks employed?
And Julie Halston! And Ann Harada!
Surely with so many stars, you oughta
Be in for a treat. Yet try though they do,
They mostly seem to be just stumbling through.
The costumes, by Gregory Gale, do shine
And now and then there appears a good line,
A cute twist of myth, some tasty ham.
Chris Myers, Arnie Burton, Jason Tam
Z Infante, Kuhoo Verma, Jamen
Nanthakumar: All deserve an amen
But these bright lights in a show so murky
All seem to know they’re stuffing a turkey.
Fairycakes has been hewn with a rhyme ax;
Hard though it jacks, this Beane stalk can't climax. 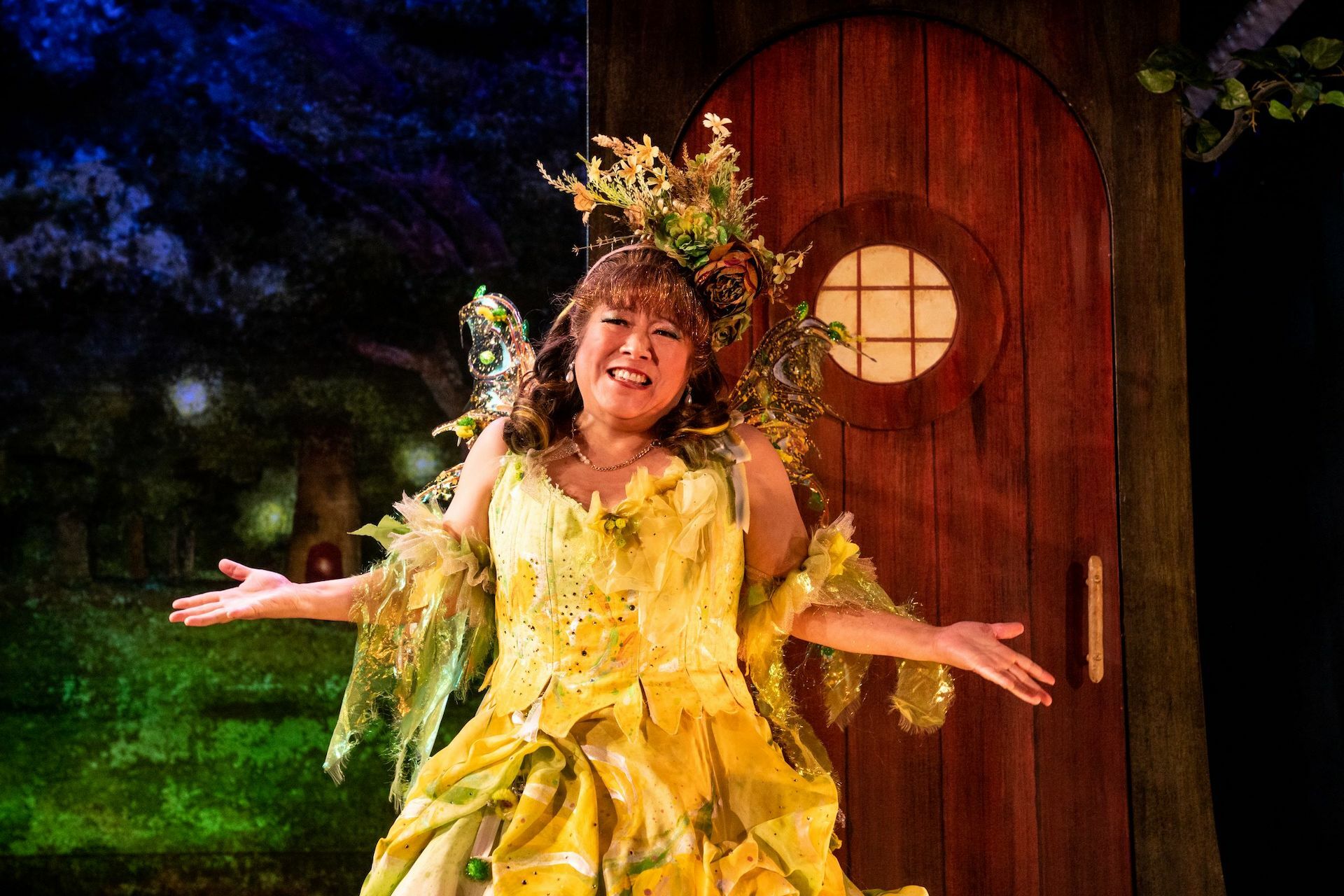