Questioned about his odd last name, the antihero of Will Eno’s Gnit shrugs and replies, “It’s a typo…but we decided to just go with it.” That no-big-deal energy is prevalent throughout Eno’s new play, whose characters grapple with the biggest of big questions—What is love? Is there a God? What is my purpose?—with almost pathological nonchalance, to both mournful and hilarious effect.

Gnit is a reworking of Henrik Ibsen’s Peer Gynt, a verse epic based on Norwegian folklore and the playwright’s own tortured family life. For audience members who know the source text, Eno’s take will be a hoot; for those who don’t, it might well seem like a strange, jaunty trip through random dramatic tropes. Eno hews closely to Ibsen’s plot, following the self-absorbed protagonist, Peter (Joe Curnutte), as he leaves the miserable home he shares with his despairing mother (Deborah Hedwall), becomes a fugitive, recklessly woos several women and flees his homeland for exotic adventures abroad. There are a number of 21st-century updates—flirty dairy maids are now a trio of DTF grad students—but the play also keeps one foot in a simpler, semi-magical Scandinavian past, complete with trolls.

Eno’s more substantial innovation is to substitute a deceptively breezy absurdism  for Ibsen’s romantic grandiosity. Director and frequent Eno collaborator Oliver Butler has cracked the code on the playwright’s comedies of existential dread; he expertly steers Gnit’s cast of six through the twists and turns of Peter’s eventful but joyless life. The six actors play scores of characters—the quick changes are magnificent—and deserve a special nod for the conditions in which they have brought Eno’s text to fruition: Half of them are returning to the production after the pandemic shut it down in its first week of previews, while the other half are newcomers, picking up where former cast members left off. Curnutte and Hedwall are particularly effective, playing the many layers of their dysfunctional relationship with subtlety and precision.

Peer Gynt was initially received with a mix of praise and skepticism. Eno’s work has often divided audiences similarly, with some calling him an heir to Samuel Beckett and others protesting that, like Peter, he falls short of realizing the lofty goals he sets. Gnit almost seems like a response to such critics, as if to say: I may be on a doomed quest for meaning, but just go with it.

Gnit. Theatre for a New Audience (Off Broadway). By Will Eno. Directed by Oliver Butler. With Joe Curnutte. Running time: 2hrs 15mins. One intermission. 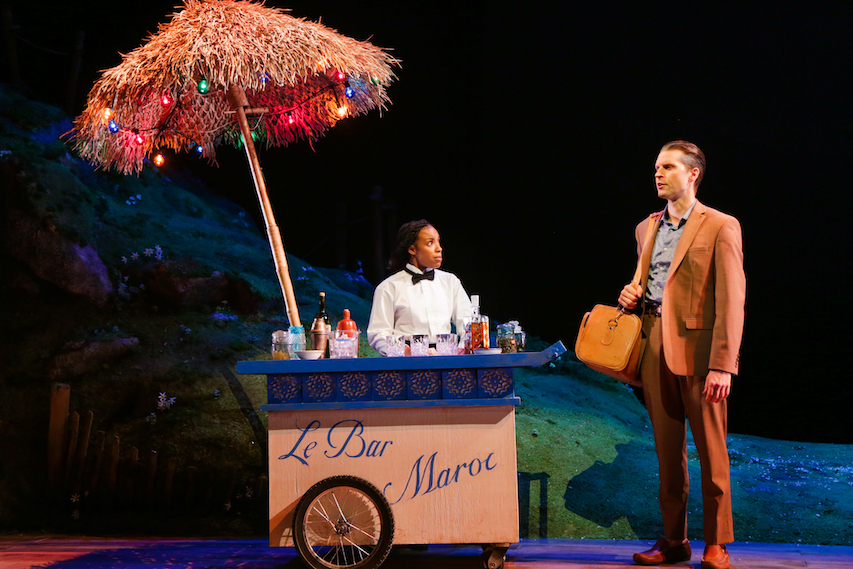