Holler If Ya Hear Me 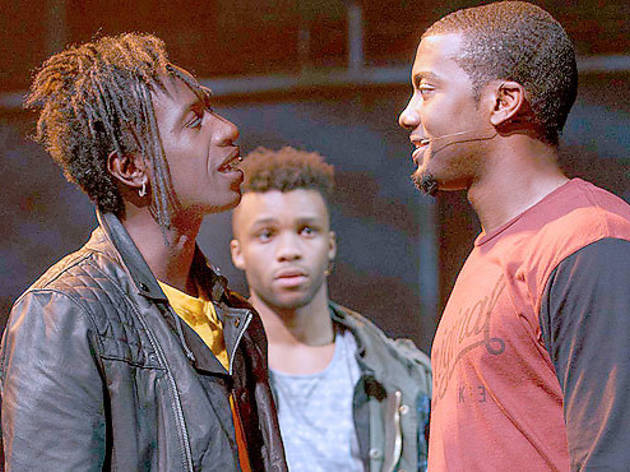 1/6
Photograph: Joan MarcusHoller If Ya Hear Me 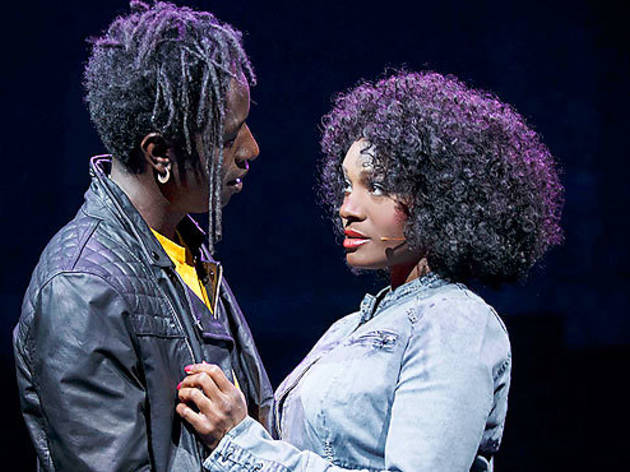 2/6
Photograph: Joan MarcusHoller If Ya Hear Me 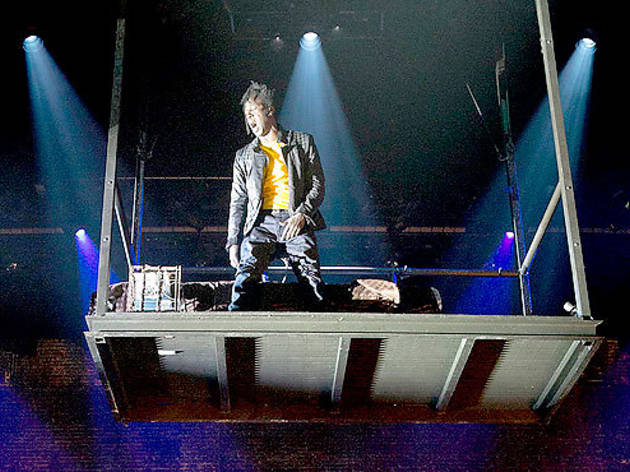 3/6
Photograph: Joan MarcusHoller If Ya Hear Me 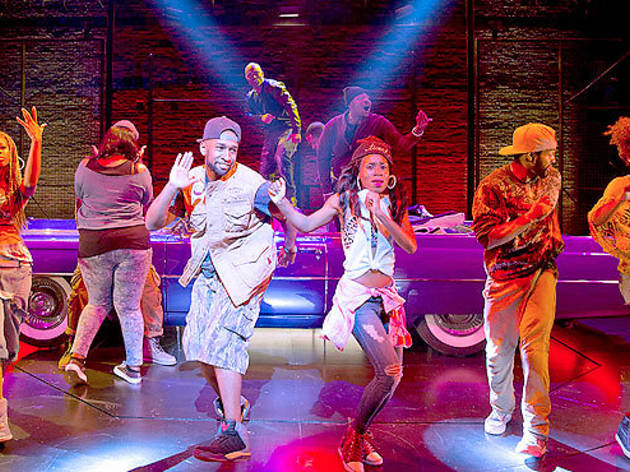 4/6
Photograph: Joan MarcusHoller If Ya Hear Me 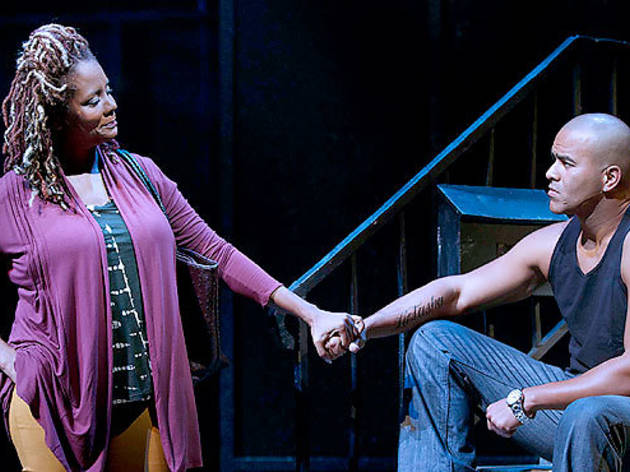 5/6
Photograph: Joan MarcusHoller If Ya Hear Me 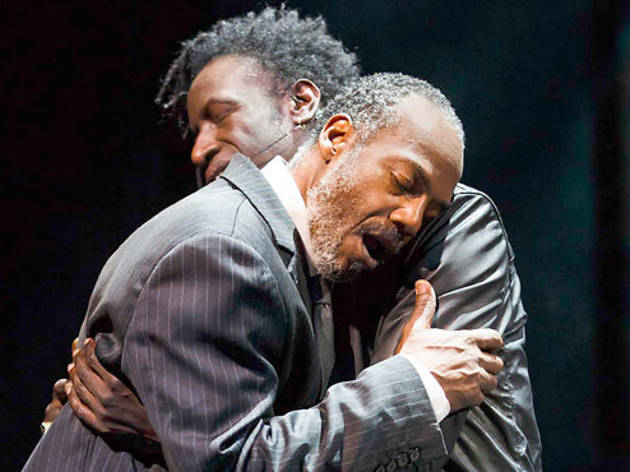 6/6
Photograph: Joan MarcusHoller If Ya Hear Me

Holler if Ya Hear Me: In brief

Broadway is no stranger to rap (In the Heights), but this is the first time a bona fide rapper's songbook has been turned into a jukebox musical by Todd Kreidler. Woven around songs by Tupac Shakur, the show tells a story of family, revenge and inner-city grit. The topflight cast, directed by Kenny Leon, includes Christopher Jackson, Saul Williams and the glorious Tonya Pinkins.

Holler if Ya Hear Me: Theater review by David Cote

In theory, hip-hop ought to have a bigger presence in mainstream music-theater by now: Broadway showstoppers have never been short on rhyme, syncopation or populist sentiment. Practice is a different matter. While there have been rap-rich musicals (In the Heights), the fusion of hip-hop and razzle-dazzle has been tricky at best, tacky at worst. The latest attempt is Holler if Ya Hear Me, a ghetto-not-so-fabulous repurposing of songs by Tupac Shakur (1971–96) for a ramshackle morality tale about revenge and second chances.

Although songwriting purists will shrink and wince at Shakur’s freewheeling meter and propensity to rhyme slant, the real crime against craft is Todd Kreidler’s weak book. Avoiding specificity, Kriedler has opted for broad-brush urban archetypes: The program informs us that “the Time is NOW on MY BLOCK in Winter, a Midwestern industrial city.” (Why do I feel more confused?)

Such all-cap brashness extends to the characters, who are introduced haphazardly before getting shoved around on the checkerboard plot. Thus the shooting death of Benny (Donald Webber Jr.) barely registers, even though it sets the minimal plot in motion. Our putative protagonist, ex-convict turned illustrator John (Saul Williams) gets by on the actor’s glowering charisma and vocal chops, but his return to thug life is as unconvincing as his last-minute rejection of it. As a good-natured drug dealer, baby-faced Christopher Jackson is effortlessly charming but can’t deepen his sketch of a part. And Tonya Pinkins, as yet another tough, long-suffering mother, is just wasted. At least the production’s rarely boring: Daryl Waters’s orchestrations find variety in the hip-hop idiom, and Wayne Cilento gets the hard-working ensemble moving in several fly group dances. But director Kenny Leon has had a surer hand with straight plays (such as his solid revival of A Raisin in the Sun).

No doubt, the enterprise deserves respect for bringing Shakur’s verbal pyrotechnics and political rage before a new audience. But Holler is a shapeless mix of melodrama, music video and half-grasped musical clichés. I honestly wish there were more to shout about.—Theater review by David Cote

THE BOTTOM LINE This ambitious rap musical loses the beat.

Want to leave your thoughts about events (from broadway to concerts to comedy shows) all in place? Eventreviews.com is a great place to reminisce about your experiences. Saw Holler if Ya Hear Me? Review it here - it's quick and takes no time at all! http://eventreviews.com/event/id/2683608