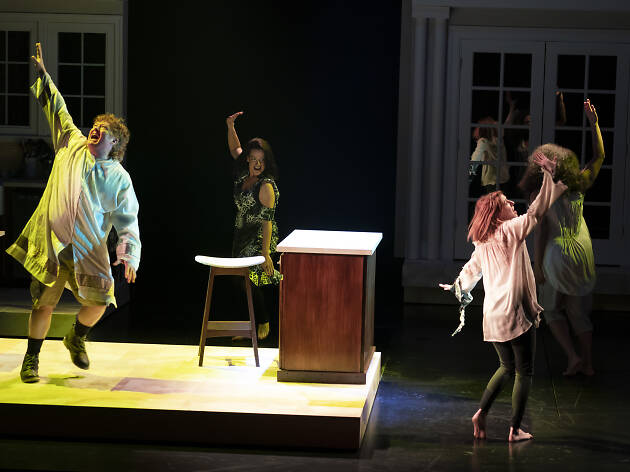 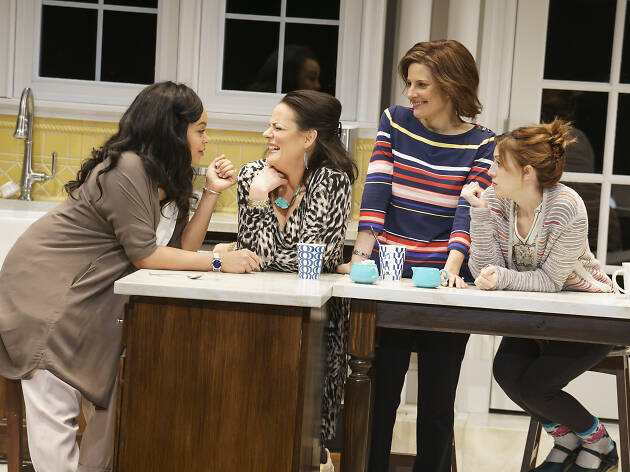 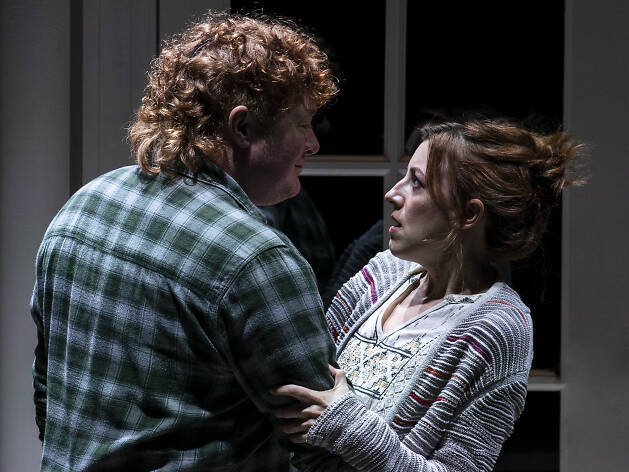 What would God say if he could see what we’ve done to the earth? More specifically, what would Dionysus, god of growing things, do if he could see the hash we’ve made of it? Madeleine George’s eco-comedy Hurricane Diane imagines the Twice Born God’s return, and the message (both dramatic and divine) is dire.

Over the millennia, immortal Dionysus has transformed into Diane (Becca Blackwell), a cheerful landscape gardener with an interest in permaculture and local flora. In response to, uh, everything, Diane finally decides that it’s time to reinstate Dionysian worship; maybe if the cult comes back, Diane reasons, it could re-wild the tamed and dying world. First steps are baby steps, though, so the god comes unto a cul-de-sac in New Jersey in search of maenad-converts, where buttoned-up Carol (Mia Barron), can-do Pam (Danielle Skraastad), ex-hippie Renee (Michelle Beck) and dreamy Beth (Kate Wetherhead) seem ripe for the plucking.

Blackwell, who radiates easy magnetism and mischievous godhood, is extremely clever casting: Only an actor of Olympian charisma could swagger in with a messy mullet and still look good. In George and Blackwell’s vision, Diane/Dionysus isn’t particularly chaotic, despite a mythological reputation for divine madness and drunkenness. (Diane always refuses the women’s freely flowing zinfandel.) The crisp comedy of Diane’s first scene, for instance, stems from the contrast between Carol’s hysterical requests for a “tidy lawn” and Diane’s extravagant chill. Hurricane Diane works best when Blackwell is playing straight-god to the women’s mounting neuroses. But then the storm comes.

As the play rounds the hour mark, it stumbles. The metaphor of Dionysian worship and sustainable gardening starts to leak like a biodegradable compost bag; Diane’s strategies for seducing the women get a little bald (Pam comes around because Diane shouts at her with the reverb on); and the production begins to show the strain of representing Bacchic revelry. George’s eye moves unevenly over the women, so while Pam has incredibly funny moments as a post-Sandy prepper (and Skraastad is absolutely hilarious), some of the others are more thinly drawn. In one way, George and director Leigh Silverman have pulled off a miracle: They’ve made a funny play about a depressing subject. But we judge miracles by how they end, and at close of Hurricane Diane, the water that had turned into wine has turned into water again.