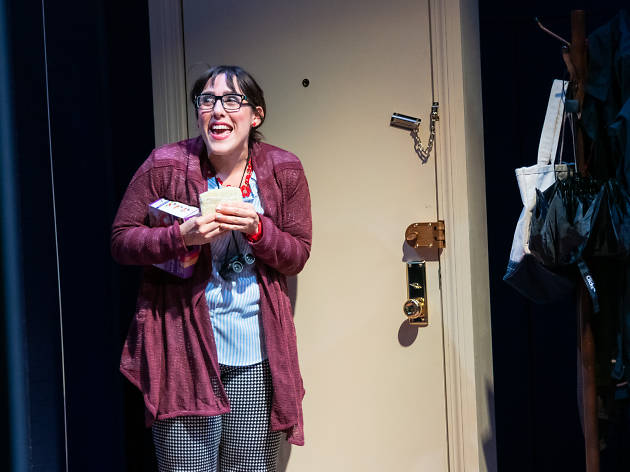 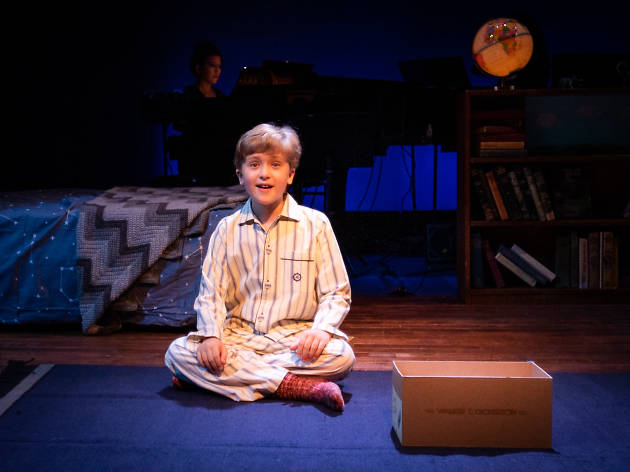 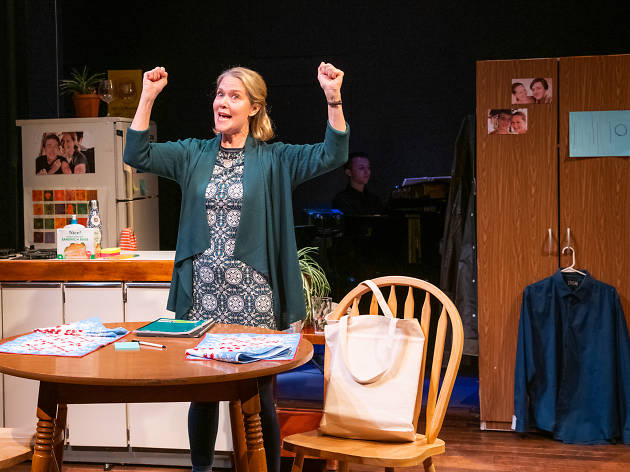 If a trilogy of solo one-act musicals sounds like a threat of art-song preciousness, rest assured: The minidramas in this year's edition of Inner Voices, the biennial showcase mounted by Premieres, tell compelling stories—or at least, two of them do.

The disappointment is the collection's third piece, despite the marquee names attached to it. In Scaffolding, Victoria Clark directs fellow Broadway star Rebecca Luker, who has specialized in playing nurturing motherly types. The mom she plays here, however, is of the annoying and judgmental variety, subgenus braggart. Actually growling as she enters her cramped New York apartment—she is angry at the negligent parents who didn’t remove their bawling child from her bus—she praises her teenage son as her “masterpiece” and extols his childhood aptitude for memorizing subway stops. This serves as a heavy-handed augur that the boy has what the DSM calls Autism Spectrum Disorder. (“Do you even know what the DSM is?” she sneers.) She then attempts to excuse her many maternal missteps, which include torpedoing her son’s college interview with her helicoptering. But it's never clear whom she is singing to. As this off-putting character unloads her angst, via facile rhymes and unimaginative music by Jeff Blumenkrantz, are we meant to imagine we’re her psychiatrist?

In the anthology's opening musical, Window Treatment, vocal powerhouse Farah Alvin has a much clearer "you” to address. She plays the unhappily single Dr. Carson, who’s engaged in a completely one-sided folie à deux with the “not terribly attractive” man across the courtyard in Apartment 7G. Deborah Zoe Laufer’s hilarious script plumbs every scrap of comic potential lurking in the mind of a relatively benign stalker. (Dr. Carson scrupulously avoids face-to-face interaction for fear of jeopardizing the “relationship”; she does, however, scheme up myriad ways to appear, Zelig-like, in her beloved’s vicinity.) Daniel Green’s music is packed with sly homages, from rippling Chopinesque arpeggios to castanet-clicking habaneras—there’s even a nod to Les Miz—and director Portia Krieger piles on the comic beats so deftly that we never pause to pity this obsessive oddball. Dr. Carson is a fighter: “If I were suffocating you, you would know it,” she says, using an imaginary pillow to reenact a prior breakup. One way or another, this kook will prevail.

The middle offering is Daniel Zaitchik's The Costume. Sensitively directed by Noah Himmelstein, the musical takes place in the 1954 bedroom of a ten-year-old boy rendered fatherless by World War II, before he was even born. (The nostalgia-tinged set is by Reid Thompson.) His mother—offstage,  unseen and unheard, but deeply registered—is still subject to paralyzing post-traumatic “spells.” Played with extraordinary delicacy and not a scintilla of showbiz-kid pizzazz by young Finn Douglas, Leo has endured an especially difficult episode at school: At “Meet My Father” day, he was advised to “just sit and listen.” An encounter with a neighbor tending to a wounded pigeon prompts an extraordinary shift in his outlook, as the script works toward a twist that comes as a genuine surprise within the context of a story as subtle, detailed and moving as the childhood reminiscences of Truman Capote and Dylan Thomas. The Costume offers us a challenging new classic to add to the canon—and, in Douglas, a performer of extraordinary promise.