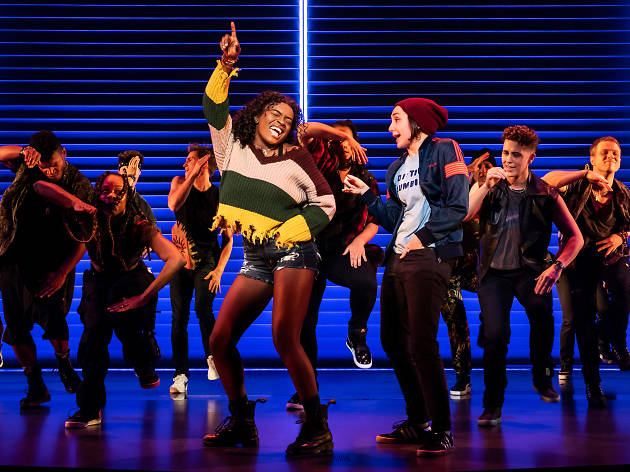 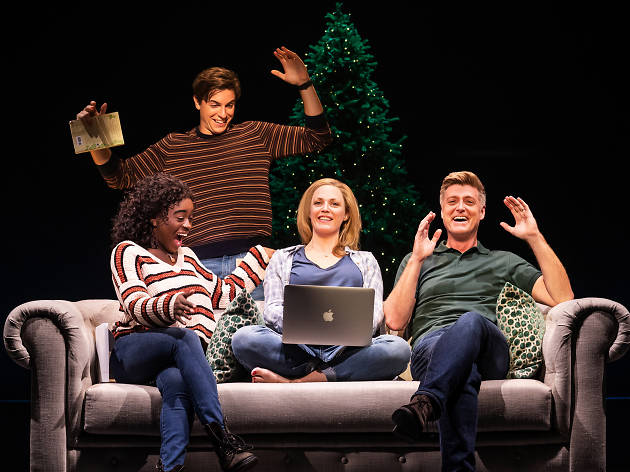 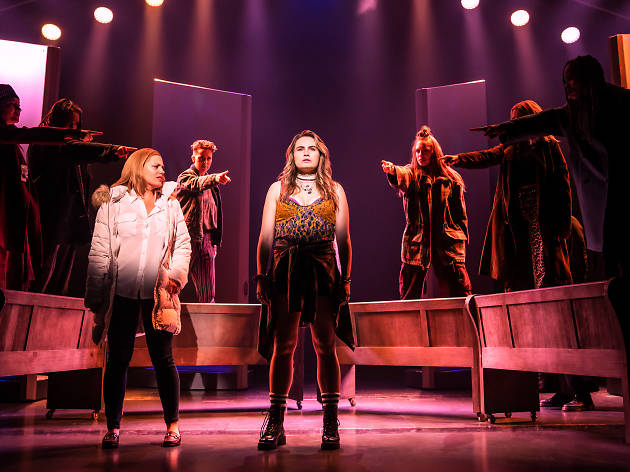 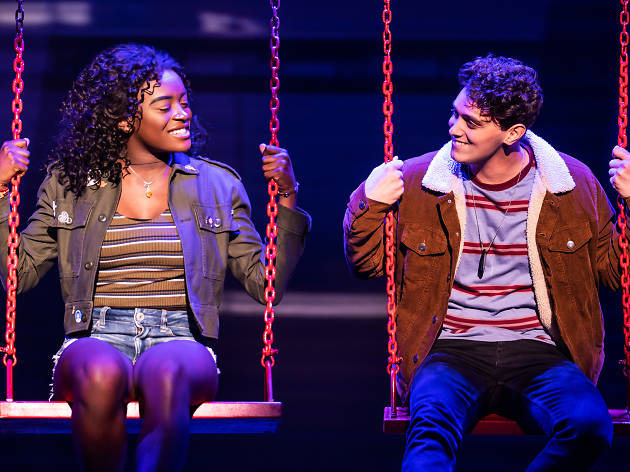 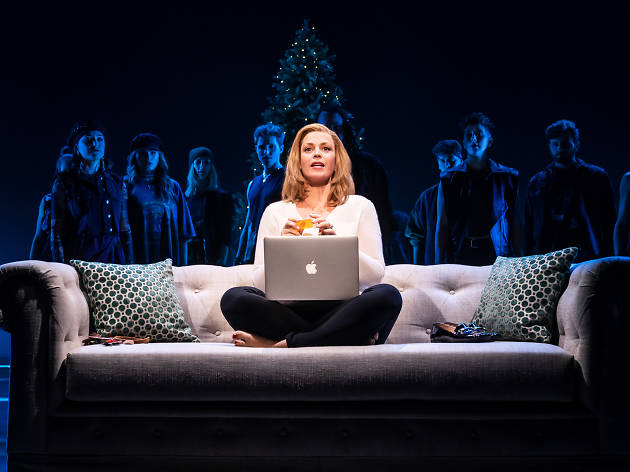 This is the core of Jagged Little Pill, a sincere jukebox musical built around the songs of Alanis Morissette, including all 13 tracks from her era-defining 1995 alt-rock album of the same name. The script, by Juno screenwriter Diablo Cody, bears a strong familial resemblance to 2008’s Next to Normal—mother coming apart, father trying to keep it together, perfect son, invisible daughter—with elements of two other big musicals originally directed by Michael Greif. (From Dear Evan Hansen, we get high school angst; from Rent, a chorus of young people lining up to sing messages.)

But Next to Normal has a strong focus on a single story, and an original score created to support that focus. Morissette’s songs, most of them cowritten with Glen Ballard, weren’t designed for that work. Cody has found clever places for some of them—“Ironic” is framed, self-deprecatingly, as a high school student’s gangly attempt at writing poetry—but the balance is off. Two of Morissette’s definitive numbers, “Hand in My Pocket” and “You Oughta Know,” are assigned to the side character of Frankie’s sort-of-girlfriend, Jo (a first-rate Lauren Patten); the latter is a bona fide showstopper, but it’s too big a moment for its place in a romantic subplot. And the show’s defining incident—the sexual assault of Nick’s friend Bella (Kathryn Gallagher) at a house party—is fleshed out much less fully, with a generic rich-white-jock predator as the villain. At a certain point, it starts to feel like several after-school specials crammed into one.

Directed by Diane Paulus, Jagged Little Pill has moments of exciting stagecraft and performance, including one number that is strikingly staged backward and two dream-ballet versions of women in crisis (danced by Heather Lang). But the show has a faintly medicinal flavor. It wants to help heal us of multiple social ailments at once: rape culture, opioid addiction, racial microaggression, queer marginalization. What gets lost in the mix is Morissette’s individual voice—the sound of one person insisting on the right to be different things at the same time. In dividing the songs among multiple characters and putting them in service of larger messages, Jagged Little Pill makes them seem less specific than they are. It fits a spiky peg into a hole that is basically square.