Pity the poor Little Prince. Having left his tiny asteroid planet to explore the galaxy, the wide-eyed wanderer has landed with a very loud splat on the stage of the Broadway Theatre.

On the night I saw the show, the crowd was not pleased. “What the hell was that?” said a friendly-faced lady to her husband and children as the four of them stood outside giggling during intermission at The Little Prince, having decided not to return for the second half. “Are you guys leaving, too?” asked a nearby woman. “Oh good! Now I know I’m not crazy!” (She wasn’t crazy.) As another couple put it as they crossed the street as fast as they could, “We could’ve stayed home and watched Tammy Faye Bakker!” In these troubled times, it is heartening to see so many people agree about at least one thing: The Little Prince is quite confoundingly bad.

Devolved from Antoine de St. Exupéry’s classic 1943 children’s book, The Little Prince is not—as its cannily edited videos may have led audiences to expect—a musical or a spectacular cirque piece, though it has several unimpressive musical and circus elements. It is a clunky extended contemporary-dance piece, choreographed and codirected by Anne Tournié, with skeletal narration provided in heavily accented French by librettist and codirector Chris Mouron. Costumed to resemble some kind of formal oompa loompa, Mouron delivers all the dialogue as well, with no differentiation among the characters. To anyone who hasn’t read St. Exupéry’s version, the show’s barely connected adventures will be confusing at best. They are even less comprehensible to anyone who has read the original, since this adaptation misses both the charm and the point of the book to a degree that is almost perverse. 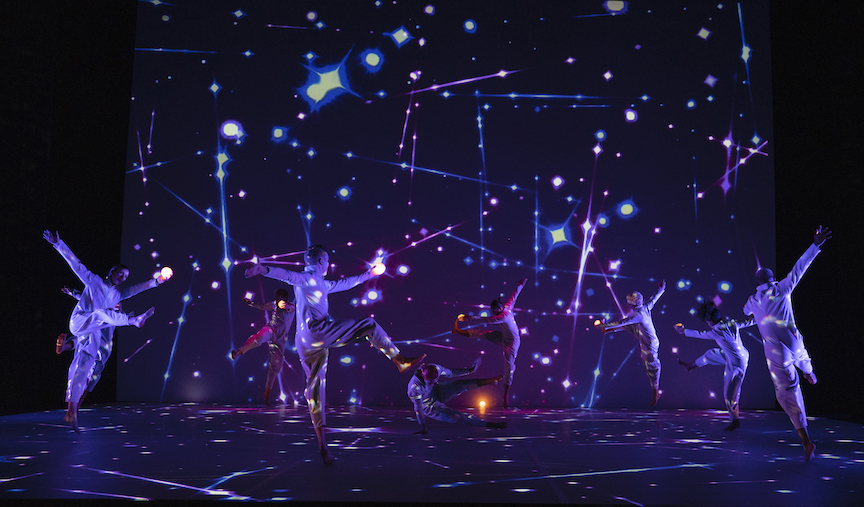 Everything that makes St. Exupéry’s The Little Prince appealing has been stripped away: its delicate tone, its reverence for the imagination, even its central relationships. The Prince—played by Lionel Zalachas in a shock of yellow hair—still meets an Aviator stranded in the Sahara at the start of the story (the Aviator having made his entrance via parachute, despite having already landed his plane). But the show then abandons the Aviator until the end, when he and the Prince find a well (which is indicated by a thunderstorm, though pulleys are still referenced). Likewise, the Rose that the Prince leaves behind on his planet is just a generic horticultural-romantic interest, with none of the coquettish vanity that makes her unique in the book.

“One sees clearly only with the heart,” the Prince learns from one of his new acquaintances, a kind of Jellicle fox. (Don’t ask.) “What is essential is invisible to the eye.” This moral is repeated by the narrator in a sappy ballad at the end, yet the production ignores it. This is a version of The Little Prince that edits out the famous drawing of a boa constrictor eating an elephant, which only looks like a drawing of a hat. When the Aviator draws a box for the Prince—so that he can imagine his ideal sheep inside it—he’s making a key point about imagination; in this account, we see an actual (dancer dressed as a) sheep crawl out of it.

Yet if this Little Prince focuses on the eye over the heart, it also short-changes the eye. The action unfolds in front of garish and sloppy-looking video backgrounds, and the costumes may well be—truly—the ugliest I have ever seen in a Broadway show: somehow baggy, tatty and wrinkled at once, they often suggest ill-fitting prison uniforms, and manage to be unflattering even on the gorgeous bodies of the hardworking dance ensemble. When the costumes try to be whimsical, they’re even worse; the yellow snake of the book now looks like some kind of red fetus dangling an umbilical cord.

The talented dancers deserve better, and so does the audience. Despite a last-ditch downpour of red hearts and (finally!) some decent aerialism at the finale, the question lingers: What the hell was that? The answer is unclear. The Little Prince is neither here nor there nor anywhere, really. It’s lost in space, and a waste of time. 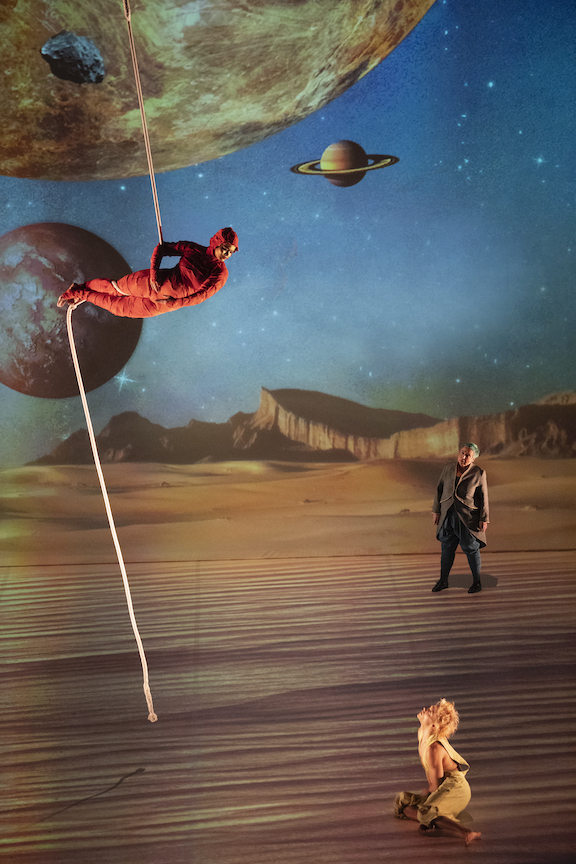