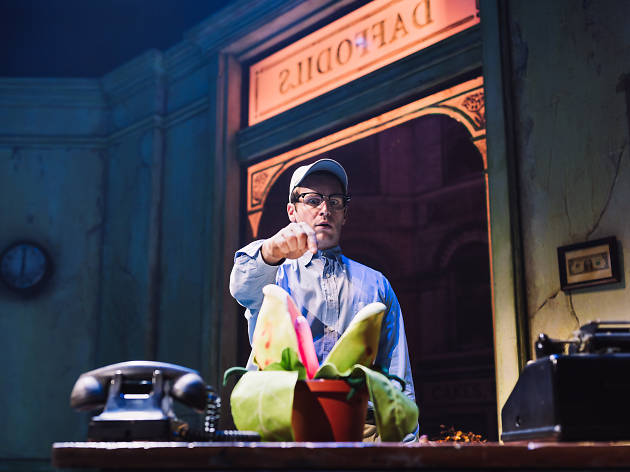 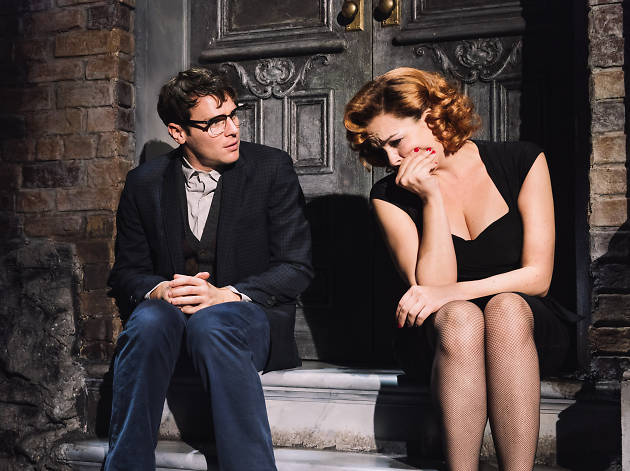 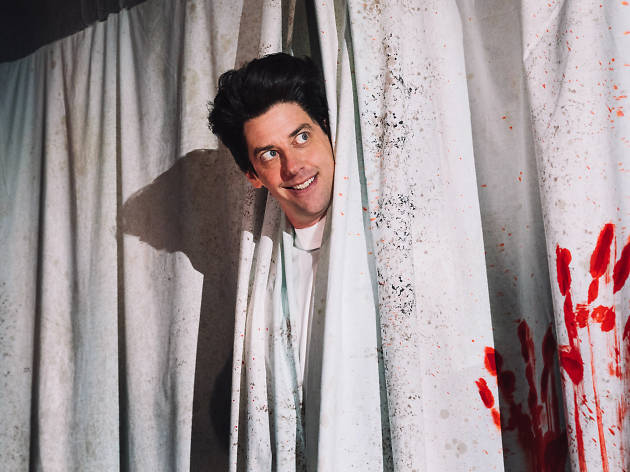 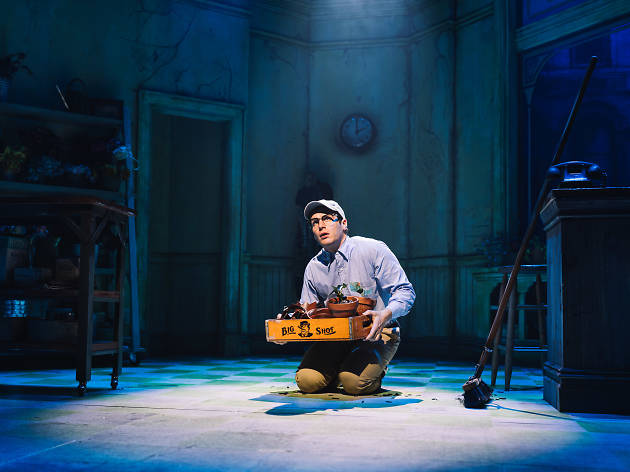 [Note: The role of Seymour is currently played by Gideon Glick. Jeremy Jordan steps into the part for two months on March 17.]

Little Shop of Horrors is a weird and adorable show with teeth. Based on Roger Corman’s shlocky 1960 film, Howard Ashman and Alan Menken’s 1982 musical tells the Faustian story of a dirt-poor schlub named Seymour (Jonathan Groff), a lowly petal pusher at a Skid Row flower shop, who cultivates a relationship with a most unusual plant. What seems at first a blessing—a way for the lonely Seymour to earn money and to get closer to his boss, Mushnik (Tom Alan Robbins), and his used and bruised coworker, Audrey (Tammy Blanchard)—soon turns sinister. The plant, whom he names Audrey II (designed by Nicholas Mahon and voiced by Kingsley Leggs), requires human blood to grow, and Seymour doesn’t have enough of his own to spare. He doesn’t want to feed the beast, but he can’t resist the lure of the green.

Arguably the best musical ever adapted from a movie, Little Shop does for B flicks what Sweeney Todd does for Grand Guignol. Librettist Ashman and composer Menken—who, between this show and their Disney animated films, did more than anyone to return musical theater from its mass-culture exile in the late 20th century—brilliantly wrap a sordid tale of capitalist temptation and moral decay in layers of sweetness, humor, wit and camp. Their extraordinary score bursts with colorful rock & roll, doo-wop, girl-group pop and R&B; Ashman’s lyrics blend masterful character comedy with carefully seeded double meanings. And Michael Mayer’s deeply satisfying revival at the Westside Theatre, with a smart set by Julian Crouch, has the right sense of scale for a musical that began Off Broadway and is most at home there. It’s a little show, and the closer we get to it, the more it sucks us in.

To populate this parable, Mayer has wrangled a marvelous cast. Dressed in hilariously lumpy clothes, Groff’s Seymour is a likable klutz with just a hint of deadpan creepiness. As Audrey’s abusive boyfriend, the sadistic biker dentist Orin Scrivello—and in a bevy of smaller parts—Christian Borle solidifies his status as the preeminent musical-theater clown of his generation: His performance is a master class in milking. The three street urchins—cutely named Ronette (Ari Groover), Crystal (Salome Smith) and Chiffon (Joy Woods)—are nicely individuated (though Ellenore Scott’s choreography sometimes keeps them too busy). And Blanchard is a revelation. Many actors try to imitate the magical brittle ditziness of Little Shop’s original Audrey, and merely wind up somewhere that’s not quite Ellen Greene; Blanchard takes the character to a different world entirely. She’s earthy and tough, with a bee-stung face and a manner that suggests a world of pain in her past. She’s the heart of the production, and she’s heartbreaking. The only question is, since tickets to this Little Shop have been sold out for weeks: What kind of deal with what kind of devil are you willing to cut to see it?