The Lyceum is Broadway's oldest continually operating legitimate space. Built by producer-manager David Frohman in 1903, it was purchased in 1940 by a conglomerate of producers which included George S. Kaufman and Moss Hart (co-authors of You Can't Take It with You and other comedies). In 1950, the Shuberts took ownership of the Lyceum, and still operate it. Alan Bates played the lovely 922-seat playhouse in John Osborne's Look Back in Anger (1957), and four years later, he returned in Harold Pinter's The Caretaker (1961). More recently, the venue was home to I Am My Own Wife and Neil LaBute's Reasons to Be Pretty. 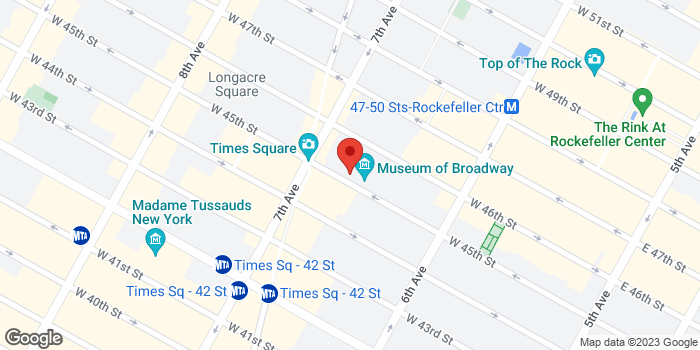 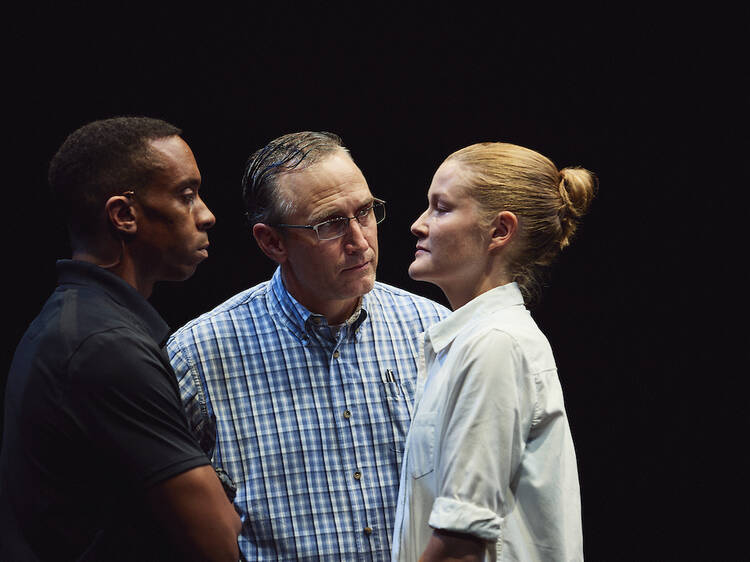 Is This A Room

Broadway review by Adam Feldman  Remember Reality Winner? A 25-year-old Air Force veteran working as a translator for the National Security Agency, Winner was arrested in 2017 for leaking a classified report about Russian interference in the previous year’s presidential election, a crime for which she was sentenced to five years in prison. But you can be forgiven if all you recall about the case is its subject’s striking name: Amid the chaos of the news cycles, Winner was one snowflake in an avalanche. Tina Satter’s highly absorbing Is This A Room is based on the verbatim transcript of the FBI’s initial interview of Winner on June 3, 2017, at her home in Augusta, Georgia. Refocusing our attention on Winner’s case, if only for an hour, it asks us to pause and take a breath of cold air. Satter’s staging presents the inquisition austerely but with a mounting sense of tragedy. On a minimalist-classical set, the visibly nervous Winner (Emily Davis) is questioned by Agent Garrick (an excellent Pete Simpson, puffed with pseudo-bonhomie) and Agent Taylor (Will Cobbs); an unidentified third man (Becca Blackwell) is also present. Their talk starts small, but it’s clear that they know more than they're letting on—and, in fact, more than what the transcript tells us, since parts of it have been censored. The production smartly balances vérité and stylization, offering its own interrogation of the event: The FBI agents often stand unsettlingly close to Winner; some sections of text are sp 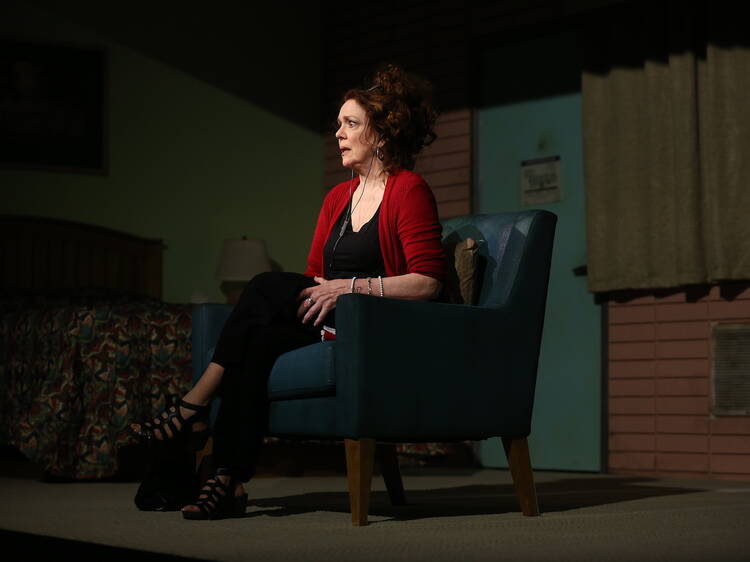 Broadway review by Adam Feldman Lucas Hnath’s uncanny and unsettling play Dana H. doesn’t channel the dead; it channels the living. Its subject is harrowingly personal. In 1998, when Hnath was in college, his mother, Dana Higginbotham, was beaten and held captive for five months by a violent criminal and white-supremacist gang member named Jim. In 2015, Steve Cosson, of the docutheater troupe the Civilians, interviewed her about this ordeal over the course of several days. Their conversations form the basis of Dana H., but instead of editing them into a conventional script, Hnath has kept them in audio form. In the title role, Deirdre O’Connell does not speak a word; for 75 minutes, calmly facing us in an armchair, she lip-syncs to Dana’s actual voice. O’Connell is nothing less than astonishing. Long-form lip-sync is not new—one thinks of Bradford Louryk’s Christine Jorgensen Reveals, Lypsinka’s The Passion of the Crawford, much of the Wooster Group’s oeuvre—but I don’t think I’ve ever seen it done quite so unshowily. This is a performance of virtuoso naturalism, radiant with inner life; the technique is so perfect that it disappears. At many points in the show, I would have believed she was talking into a body mic, even though Mikhail Fiksel’s astute sound design and editing make it clear that we’re listening to a recording. (The actor and magician Steve Cuiffo is credited as her lip-sync consultant.) The effect of this device is complex: The use of Dana’s voice gives her te