Daniel Craig and Ruth Negga are the nominal stars of Sam Gold's take on Macbeth.

Broadway’s 2021-22 comeback season goes out with a shrug in Sam Gold’s production of Macbeth, the kind of passive-aggressive theater party that invites two big stars to attend—Daniel Craig and Ruth Negga as the regicidal title couple—and then makes a point of ignoring them. Short, eloquent, violent and packed with sensational business (murder! witches! madness! ghosts! a decapitated head!), Macbeth is usually one of Shakespeare’s most exciting plays. Not so here: Deliberately murky, this anemic modern-dress production creeps at a petty pace from scene to scene, to the last syllable of the tragedy’s verse and beyond into a wistful folk-song coda.

The show begins with an annotative curtain speech by cast member Michael Patrick Thornton, who provides wry background on the vilification of witches in the early 17th century and then naughtily urges audience members to violate the taboo against saying the play’s name offstage in a theater. If you’re superstitious by nature, the two and a half hours that follow might thus be chalked up to bad luck. But it’s clear that Gold has done everything on purpose, however vague that purpose sometimes seems. As in the director's disappointing 2019 King Lear, dramaturgy usurps pride of place over staging; even if you know Macbeth quite well, the plot is strangely hard to track, and you may find yourself confused by the skeletal mise-en-scène and the doubling and tripling of roles.

In keeping with its introduction, this account of Macbeth comes at the story from a witch‘s-eye point of view. The weird sisters, garbed in loose and sensible layers, appear to be running a mellow commune; they hover around a simple table crowded with glazed pottery, and stir a cast-iron chili pot with wooden spoons. (Their repeated potion-making refrain, “Double, double toil and trouble / Fire burn, and cauldron bubble,” has been cut from the text, maybe because it’s too much fun.) Played by Maria Dizzia, Phillip James Brannon and Bobbi MacKenzie, these witches reappear as the family and friend of Macbeth’s nemesis, Macduff (Grantham Coleman); along with Lennox—played by Hornton with a fine ironical air—they exist almost outside the action, shaking their heads at the fools these thanes be. 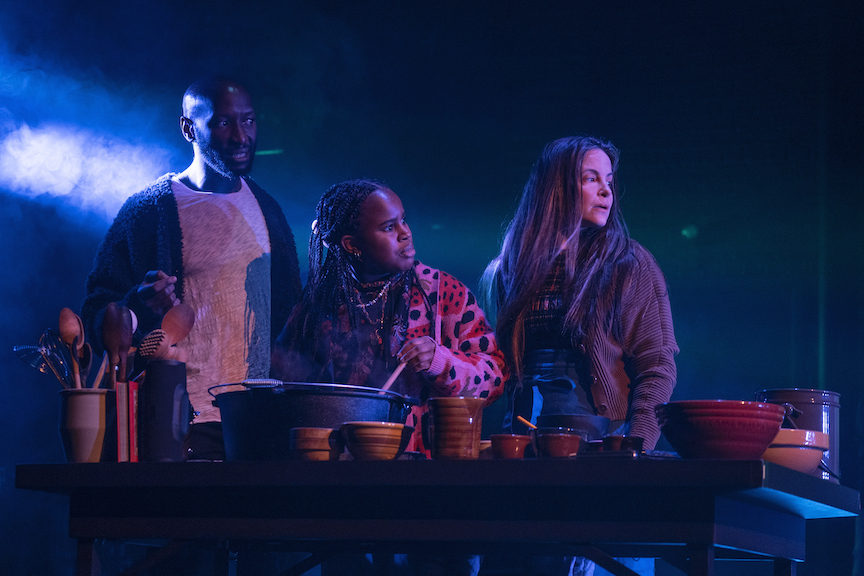 The general impression is one of disdain for anyone who would care about the action of the play. What difference does it make, after all, which particular army brute is in charge of Scotland? Does it matter that King Duncan, played by Paul Lazar with an indolent lean to emphasize his fat suit, is killed, or that Banquo (Amber Gray) is betrayed? Shouldn’t we just hang out and have soup? That attitude seems to run through the show, with a concomitant reduction of the stakes throughout. Despite periodic spurts of violence—including a video-game-style final battle, when the brick back wall moves forward like the trees of Birnam Wood, and Macbeth fights Macduff in a graphically undignified duel—the tone of the production is bloodless. The Macbeths’ vaulting ambition barely seems like a hop: Both of them, who are sometimes perched on oversize plum chairs, seem merely to be following some version of established career tracks, all but sleepwalking through their roles long before Lady M’s famous “Out, damned spot” scene. (She delivers that line to a blemish on the ground, by the way, instead of on her hands.) The scansion is solid but the intentions are mild; Craig delivers the climactic “Tomorrow, And Tomorrow, And Tomorrow” soliloquy in verse that can best be described as blank.

There is a lot to be said for originality of interpretation, and Gold’s Macbeth‘s is more engaging in retrospect, when you can stop wondering what is happening and start thinking about why. But it also feels wrong to leave this play with the central couple, in your mind, being Lennox and First Witch. With actors of Craig and Negga’s stature and ability at one’s disposal, why dispose of them? It takes considerable grinding to make Macbeth this dull. 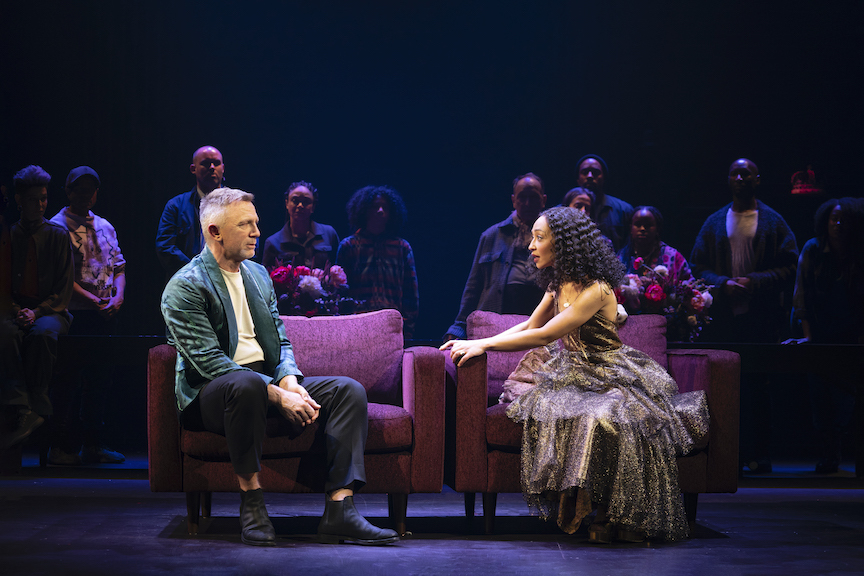 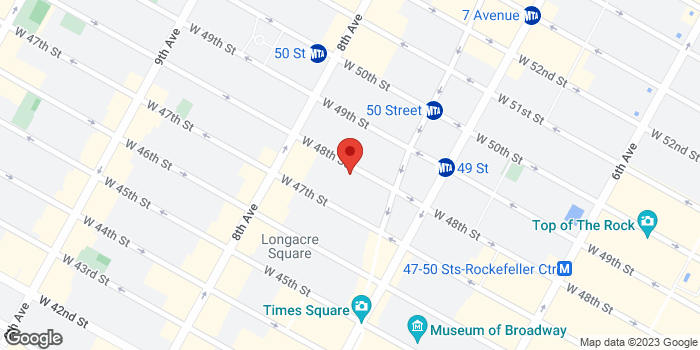