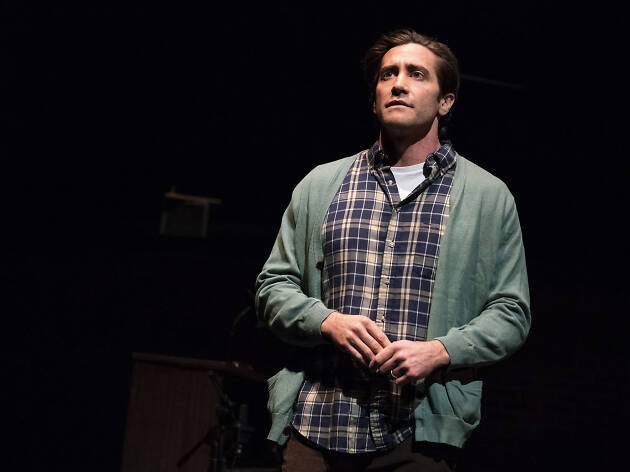 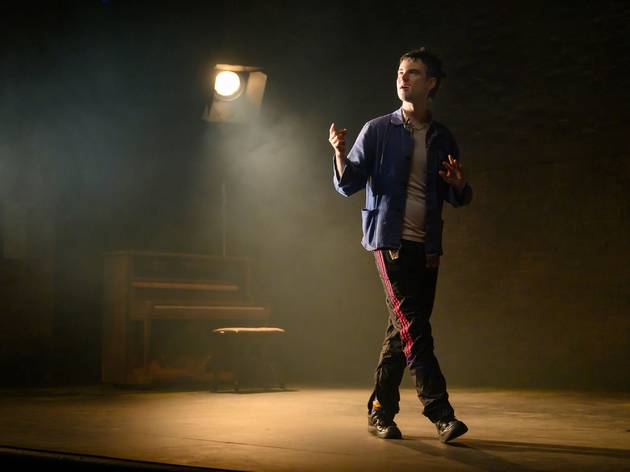 Pairing two shows back-to-back sometimes brings out the best in both; sometimes, it only makes the virtues of one of them shine brighter. The latter is the case in Sea Wall / A Life, a diptych of works by English playwrights that ran at the Public Theater earlier this year and has now moved to Broadway for a brief engagement. The two pieces are superficially similar: Both are one-act monologues for men, and both deal with grief; both, oddly enough, include references to ER. But in every regard, the first of the two puts the second in the shade.

Sea Wall, by Simon Stephens (The Curious Incident of the Dog in the Night-Time), is a marvel of compression and detail. Tom Sturridge plays Alex, a catalog photographer who opens up to the audience about the great sadness he carries with him in the aftermath of a trip to southern France. (“There’s a hole running through the center of my stomach,” he says. “You must have all felt a bit awkward because you can probably see it.”) Last seen on Broadway enduring a very different kind of suffering in 2017’s 1984, Sturridge is gorgeously believable and personable as he guides us through the slow drip of revelations in Stephens’s carefully constructed story. Under Carrie Cracknell’s graceful direction, the play earns your trust and then quietly, gently breaks your heart.

After intermission, in Nick Payne’s A Life, the character played by Jake Gyllenhaal doesn’t have a name, though the Playbill calls him Abe. The other main characters, such as they are—Abe’s wife and father—have no names either, or any distinguishing features: They are nonpeople. (Aside from the fact that he is dying, literally the only thing we learn about the father is that he liked… the Beatles.) Payne performed some of A Life in London in 2014 as part of a piece called The Art of Dying, in which the story of the father’s death was intertwined with two other narratives; now it alternates with one about the impending birth of the narrator’s first child. (The continual back-and-forth between these two strands provides a modicum of structural interest.) Since the story is autobiographical, it may have had some resonance when Payne himself was performing it, filling in the blankness of the writing. But with Gyllenhaal in the role, likable though he is, it seems perversely self-centered and generic: a memorial play that functions as an erasure. At one point in Sea Wall, Alex refers to the cruelest thing he ever said; in A Life, Abe mentions the kindest thing anyone ever said to him. The difference between these two moments—the mystery and pain of the first, the sheer banality of the second—is the difference between the two components of this uneven evening.