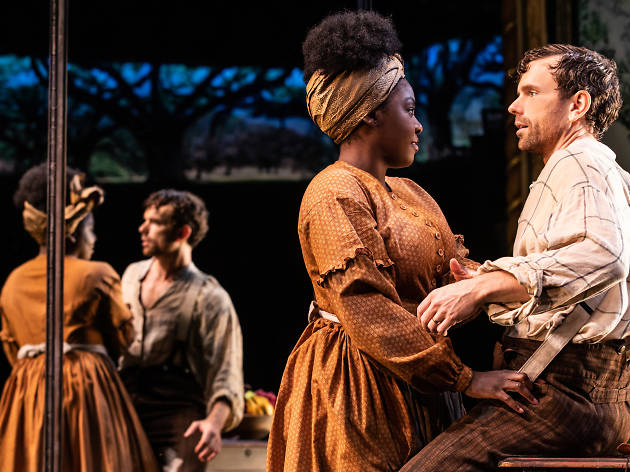 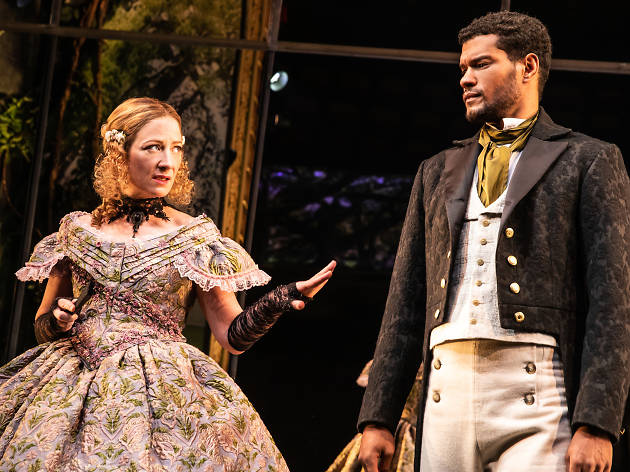 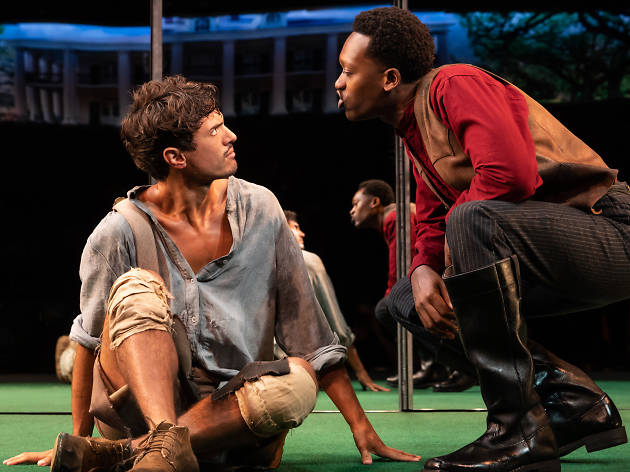 Jeremy O. Harris’s lacerating play, a sold-out succès de scandale Off Broadway last season, has now moved north to Broadway, and it feels wonderfully incongruous on the mostly staid Great White Way. Brash, smart and gleefully confrontational, this is the kind of show that starts arguments. It begins on a perverse antebellum plantation, but as it moves forward, in three very different acts that successively reframe what we have seen before them, it keeps you off balance; even afterward, you may feel staggered. As I wrote of its incarnation at New York Theatre Workshop, “Slave Play is funny, perceptive, probing and, at times, disturbingly sexy. It snaps like a whip, and its aim is often outward.” Whatever you think it is, it's almost certainly not what you think. (Click here to read the entire Off Broadway review.)

Director Robert O’Hara has reassembled the play’s original cast, with one exception: Joaquina Kalukango now plays the pivotal role of Kaneisha. The Broadway production is, perforce, a bit broader than the one at NYTW—especially in the bravura comedic performances of Annie McNamara, whose molestation of a four-poster bed is horny physical comedy for the ages, and James Cusati-Moyer, whose character throws a spectacular diva tantrum when asked to confront his own whiteness. For most of the night, in the four interracial relationships that Harris depicts, the nonblack characters dominate: They really, really want to make sure they’re being heard. But the final stretch belongs to Kaneisha, and Kalukango navigates it with openness and strength. Surprising and transgressive though it often is, Slave Play is not after shock for shock’s sake. What it administers, with thrilling success, is shock treatment.