The classic film returns as a Broadway musical.

Some Like It Hot is a well-aimed throwback: a jubilant, oldfangled, crowd-pleasing musical comedy. Like many recent Broadway tuners, it is adapted from a well-loved movie—in this case, Billy Wilder’s classic 1959 sex-and-sax farce about a pair of Prohibition-era musicians, on the run from the mob, who pose as women in an all-girl traveling band. The musical version reheats this story with abundant production values and canny attention to modern sensibilities. If it wobbles a little in its borrowed heels at first, it finishes in the confident stride of a hit.

Directed and choreographed with zest by Casey Nicholaw, Some Like It Hot taps into a classic vein of musical theater, and I do mean taps: This show doesn’t stint on the clickety-clack of shoe against stage. Its central characters, best friends Joe (Christian Borle) and Jerry (J. Harrison Ghee), are not just instrumentalists but also perform a side act as the Tip Tap Twins. (Joe is white and Jerry is Black but, as they sing, ”We’re brothers under the skin.”) After witnessing a gangland rubout in Chicago, they are forced to race off in drag; under the noms de plumage Josephine and Daphne, they soon wrangle their way into a jazz ensemble led by Sweet Sue (NaTasha Yvette Williams) and fronted by a hard-knocked singer named Sugar Kane (Adrianna Hicks).

As Joe and Jerry bond with Sugar, and recruit her into the expanded Tip Tap Trio, romantic complications ensue. Josephine, as Joe, starts falling for Sugar; Jerry, as Daphne, is pursued by an eccentric millionaire named Osgood (Kevin Del Aguila). This is where the comedy of Some Like It Hot could have been tripped up by recent changes in cultural attitudes toward gender and its performance. But book writers Matthew López and Amber Ruffin ably steer the plot on a modified course. In the Tony Curtis role, Borle—arguably the premier musical comedian of his generation—gets laughs from his female impersonation, thanks to his skills as a physical comic and purveyor of funny accents. But the willowy and wonderful Ghee, in the Jack Lemmon part, comes alive as Daphne in an utterly different way; the character blooms in a graceful new color. And Del Aguila, in a change from Joe E. Brown’s turtle-faced deadpan in the film, makes Osgood a creature of pure delightful bounce, filling in the zaniness that Lemmon once provided. 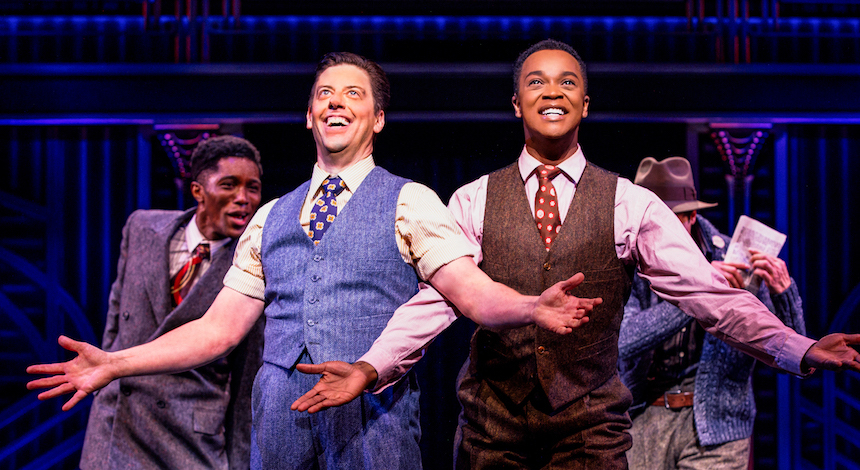 López and Ruffin have also reimagined the character of Sugar, whom Marilyn Monroe played as the kind of sweetly damaged sexpot that was her specialty: “Monroe gives perhaps her most characteristic performance, which means that she’s both charming and embarrassing,” wrote Pauline Kael. As rendered by Hicks (who last showed off her mix in Six), the musical’s Sugar is more refined: She is young, gifted and Black, and she dreams of a mainstream career in Hollywood, though the odds of that happening in 1933 are negligible. But if this Sugar is no longer embarrassing, she’s not quite charming either; where Monroe’s version overflowed with personality, this one leans toward nondescript. Two of her three big songs start off as personal monologues then segue into performances that Sugar is giving onstage with her band. Are they her inner thoughts or not? It’s hard to know.

That somewhat impersonal quality is typical of the score that Marc Shaiman and co-lyricist Scott Wittman have provided for Some Like It Hot, which—though never less than polished and pleasing—also seems hidebound by formula. Shaiman and Wittman wrote the songs for TV’s Smash, and their work here suggests what that show’s show-with-in-a-show might have been like if, instead of being about Marilyn Monroe, it had been an adaptation of a Marilyn movie. (The song from Smash’s Some Like It Hot sequence, “Let’s Be Bad,” even makes an appearance here.) The music often borrows from some of the period’s most famous tunes, such as ”Sing, Sing, Sing,” and the pastiche is so close that it verges on parody. That works fine for the numbers that are performed by Sweet Sue—especially as performed with powerhouse swing by Williams—but it falls short in making specific character moments sing. (Daphne’s second-act breakthrough, “You Coulda Knocked Me Over with a Feather,” is the exception that proves this rule, and it’s a knockout.)

What Some Like It Hot lacks in depth, though, it makes up for in shinier musical-theater pleasures. Scott Pask’s set has a swank Art Deco gloss, and Gregg Barnes’s costumes are marvelous; the orchestra sounds brassy and full, and the ensemble (which includes Angie Schworer as Sweet Sue’s right-hand lady) sells the dancing brightly and tightly. When the farce reaches its boil—and Nicholaw and company pull off a hilariously inventive door-slamming chase that gives Jerome Robbins's bathing-beauty ballet in High Button Shoes a run for its money—the audience bubbles over right along with it. You’ll leave this show with a smile on your face, and why not? There’s a whole lot to like. 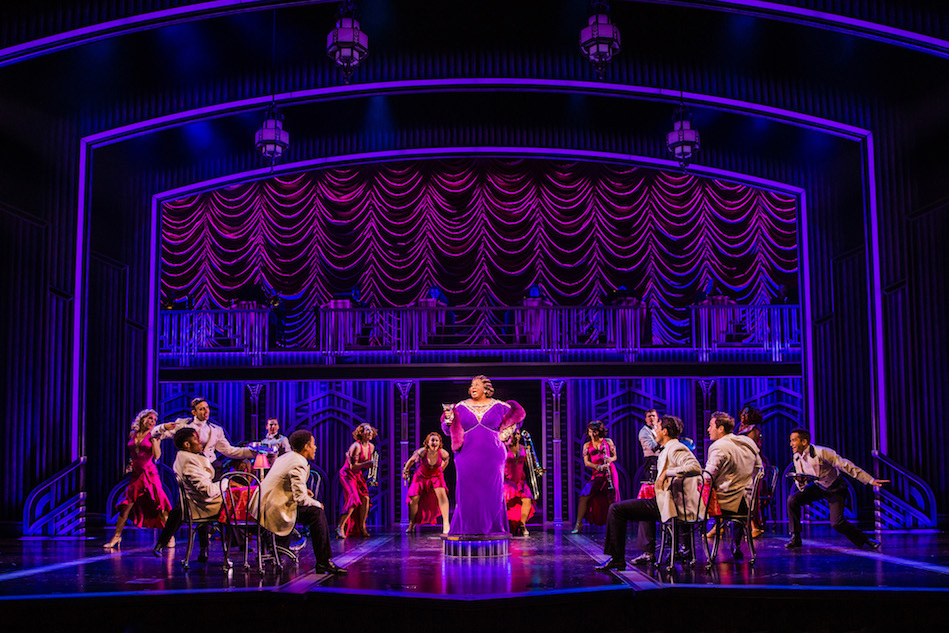 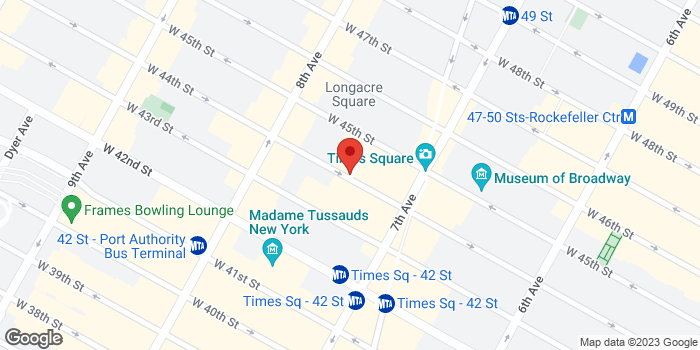