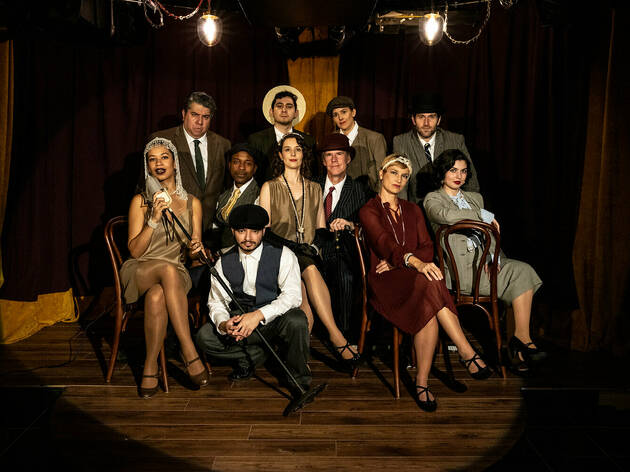 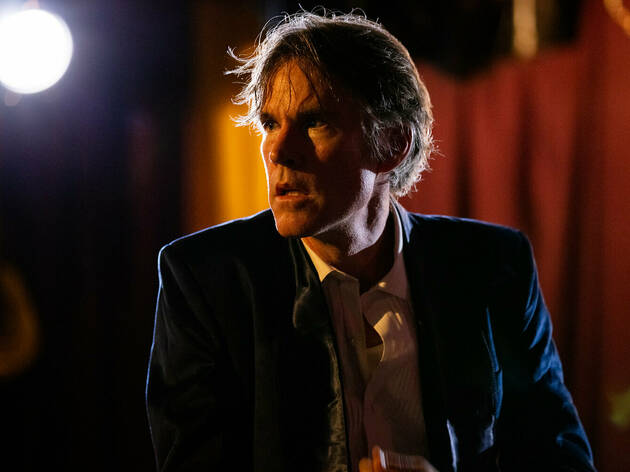 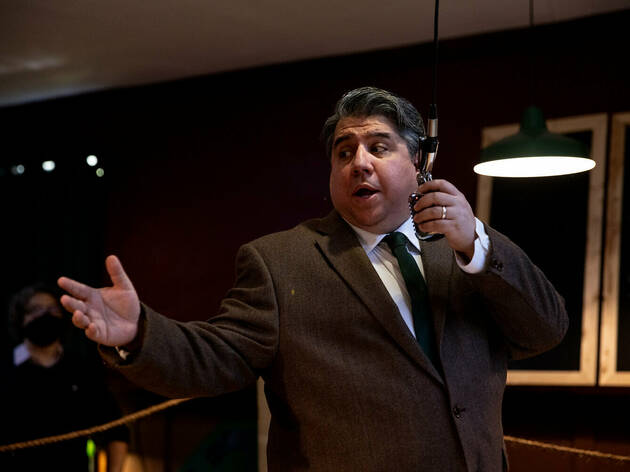 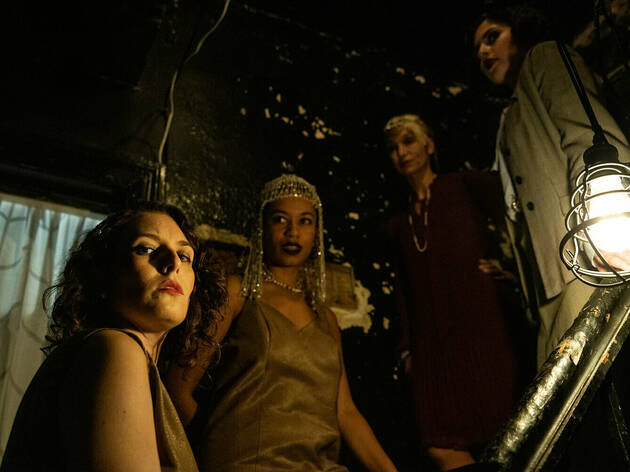 A new interactive play plunges you into a Jazz Age election.

The opening night of Tammany Hall has been timed to coincide with New York City’s 2021 mayoral election, which is no coincidence. Unfurling on multiple floors of the SoHo Playhouse, this immersive and interactive play is also set on election night: in 1929, when the upstart Republican Fiorello H. LaGuardia ran against the popular Democratic mayor Jimmy Walker (the product of the mighty Tammany Hall political machine that had dominated local politics for more than a century). And as with the 2021 vote, although some pomp is attached, you may find yourself just kind of walking through it.

A fair amount of walking is indeed involved. Created and directed by Darren Lee Cole and Alexander Wright, the show makes the most out of the SoHo Playhouse complex, which is the actual site of a former Tammany Hall outpost and clubhouse: not just the mainstage theater and downstairs Huron Club cabaret, but various areas upstairs and backstage. The locations and the cast’s 12 actors have been modestly jazzed up by set designer Dan Daly and costumer Grace Jeon, and the audience is invited to observe and sometimes hobnob with figures including gangster Legs Diamond, political bigwig George W. Olvany and showgirls Betty Compton and Marion “Kiki” Roberts.

These are certainly colorful characters, several of whom have been the subjects of their own Broadway musicals: the Pulitzer Prize–winning hit Fiorello (1959) and the flops Jimmy (1969) and Legs Diamond (1988). Yet there’s a workmanlike quality to Tammany Hall that even they can’t overcome. Because the outcome of the 1929 race is foreordained—historical spoiler alert: Walker won in a landslide—there’s no suspense about the outcome, nor much point to the ballots that audience members are given to fill out. And to the extent that the show delves into the actual political issues of the period, it doesn’t go much farther than illustrating, in various ways, that the Tammany network was rife with corruption, which is the only thing most people today already know about it. (Walker resigned in disgrace in 1932.)

The caveat in reviewing a show of this kind, mind you, is that I didn’t see most of it. After a brisk opening sequence, which imagines a debate in a boxing ring between the charismatic Walker and the truculent LaGuardia (well played by, respectively,  Martin Dockery and Christopher Romero Wilson), the audience is divided into groups that follow different paths and characters; sections of the script are performed simultaneously throughout the building, and each audience member experiences only part of the complicated whole. As chance would have it, I wound up on a dry path about backroom Tammany bribery and self-dealing, plus a musical vignette from a money-laundering Broadway show starring Compton (Marie Anello). The gangster angle sounds like fun, so perhaps I should have taken more initiative in finding the material that appealed to me more. To the extent that Tammany Hall is a choose-your-own-adventure affair, I may have chosen poorly.