For lovers of Broadway shows, original cast albums offer a chance to experience musicals outside the theater, on our own terms. Listening frees your mind to wander—to wander, for example, into creating a musical-theater monster. Like mad show doctors, we have salvaged parts of every musical now playing on Broadway and have sewn them together to create a new form: a Frankenmusical that hews to common tropes of musical theater and uses exactly one number from each current Broadway show that has a cast album available on Spotify.* We hope you'll enjoy our Broadway playlist. It’s alive!

(*Note: Hamilton, It Shoulda Been You and Amazing Grace have not yet released cast albums, and Something Rotten!’s, alas, is not on Spotify.) 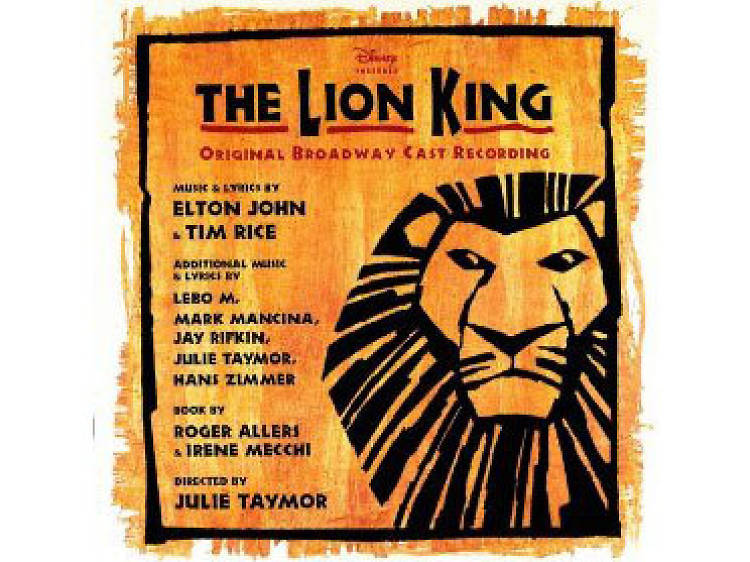 1. Opening Number: “The Circle of Life” (The Lion King)

A show only gets one chance to make a first impression, and The Lion King’s opener impresses mightily. Even removed from the production’s breathtaking puppet parade of African wildlife, the song (led by Lesotho-born vocalist Tsidii Le Loka) conveys a thrilling sense of majesty. If you have a lion cub handy, now is the time to raise it above your head. 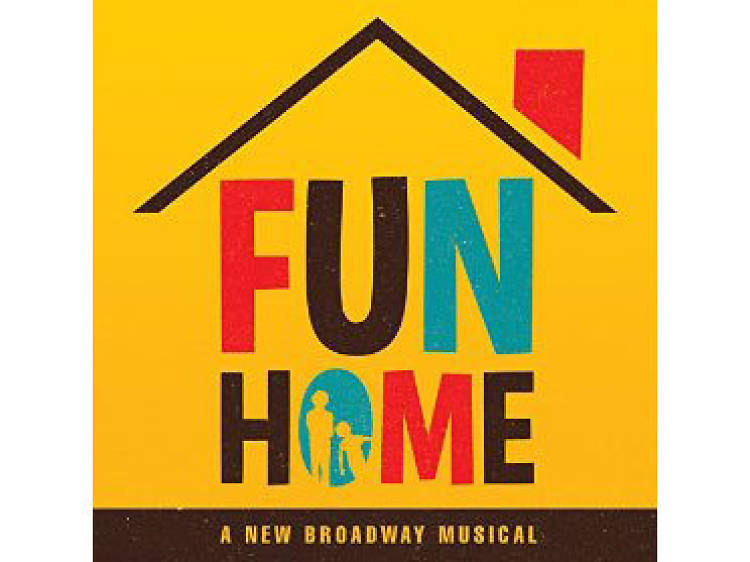 The "I Want" song tells us what the hero or heroine of the show is trying to achieve. Fun Home’s “Ring of Keys,” sung by Sydney Lucas as a prepubescent proto-lesbian girl, fits that description and turns it inside out. The song captures the confusion of not knowing how to name what it is that you want, yet knowing that you want it. 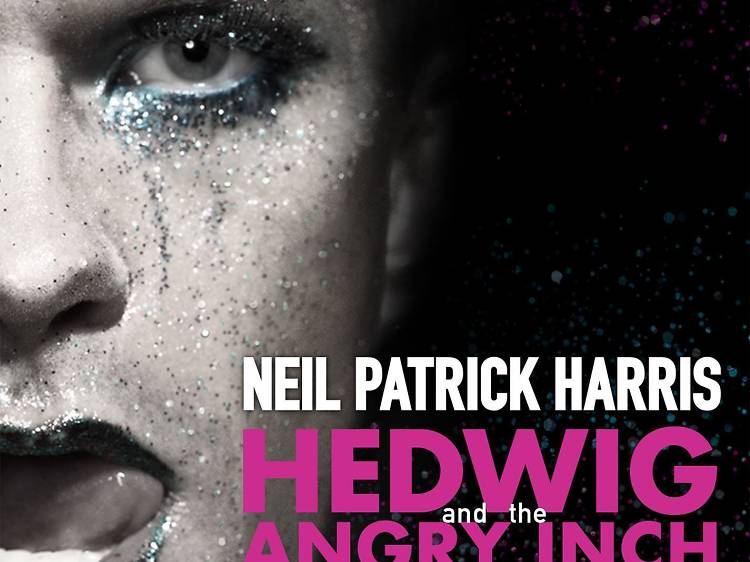 3. Main Character Song: “Wig in a Box” (Hedwig and the Angry Inch)

To get us on the main character’s side, nothing earns sympathy like a song about a charming misfit trying bravely to face the humiliations of life. Here is Neil Patrick Harris as the title character in Hedwig and the Angry Inch, a German transsexual stranded in Middle America and trying to think outside the box. 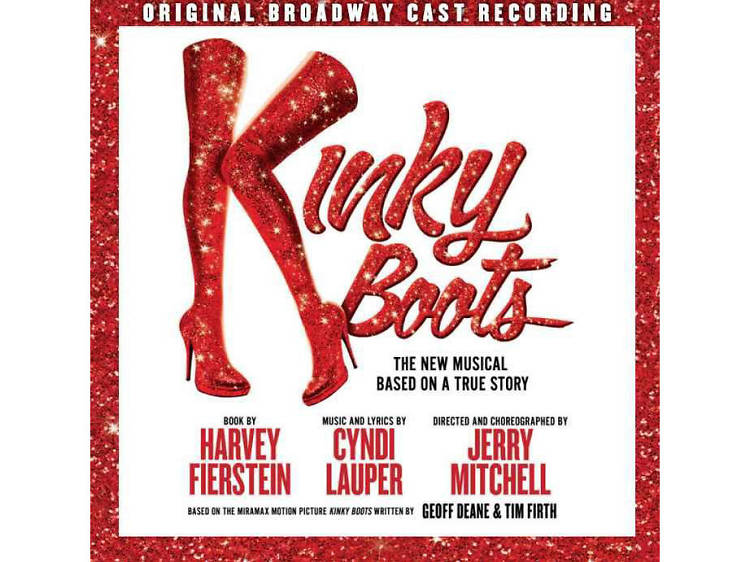 Nearly all Broadway musicals involve at least one love story, and it’s important to plant the seeds early. If the singer is a bit of a loser at romance, with a plucky survivor’s attitude, all the better—like the charming Annaleigh Ashford in this pop lament from Kinky Boots. 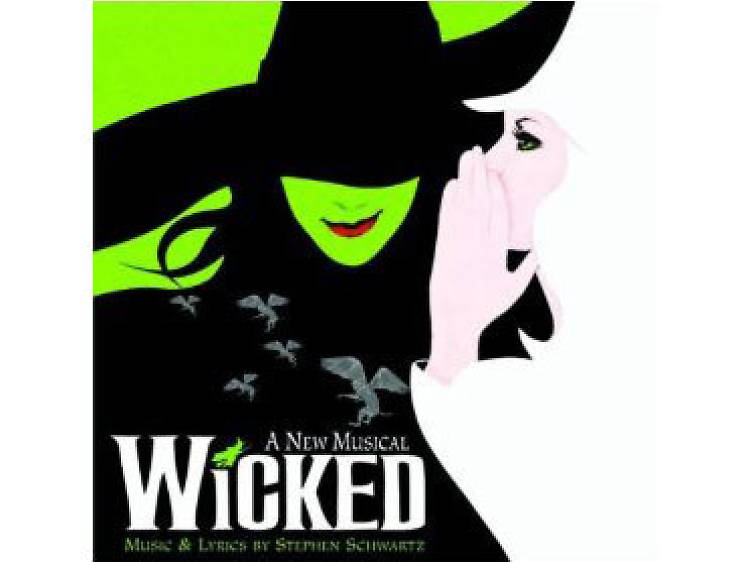 As the plot moves forward, the main characters must change to adapt to new situations, sometimes to the detriment of their inner truth. Kristin Chenoweth’s chirpy makeover ditty from Wicked, sung to her socially green roommate, depicts this process with an amusing jab of shallowness. 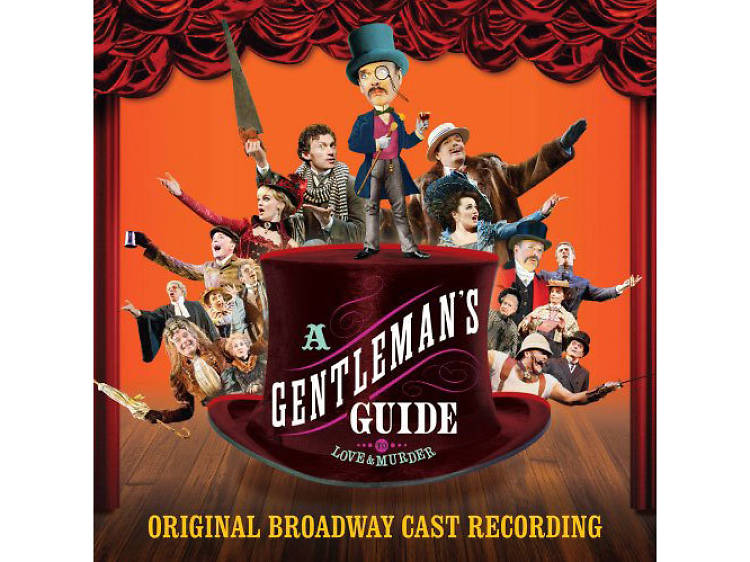 6. Frantic Song: “I've Decided to Marry You” (A Gentleman’s Guide to Love and Murder)

While the plot picks up speed, so can the music. A fast, funny number can be a delightful way to combine comedy with neurosis, or simply add a musical element of farce, as in this operetta-inspired trio from A Gentleman’s Guide to Love and Murder. 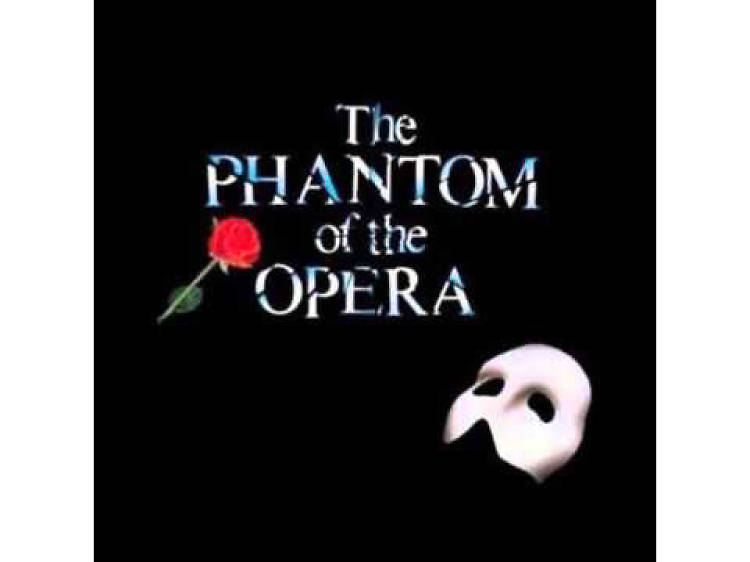 When two people fall in love, they must sing about it. This is a known fact. In Phantom, the romance between Christine and Raoul is not the one most people care about—i.e., her bit on the side with a masked serial killer—but it’s the one for which Andrew Lloyd Webber wrote a grand, sweeping duet (sung here by Sarah Brightman and the late Steve Barton). 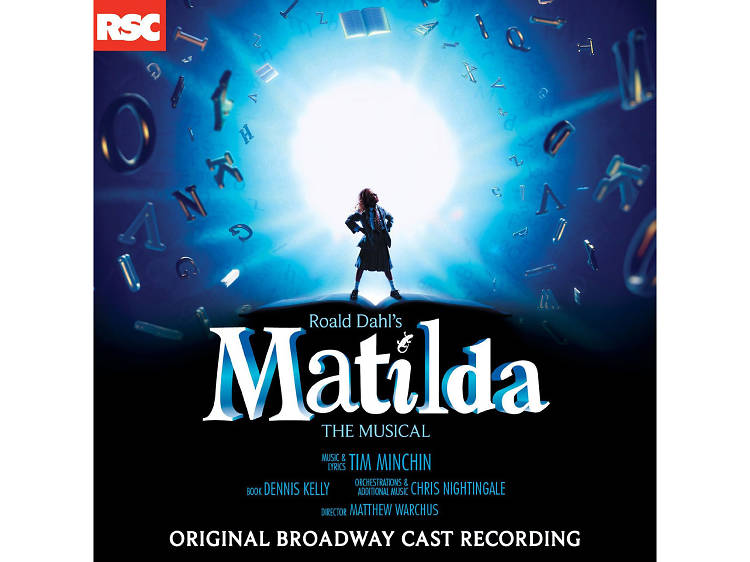 If our heroes get a taste of happiness, they can’t savor it for long: A villain, often wielding the power of conformity, has other plans. The most extravagant baddie on Broadway is the tyrannical schoolmarm Miss Trunchbull, played in gleeful panto drag by Bertie Carvel. 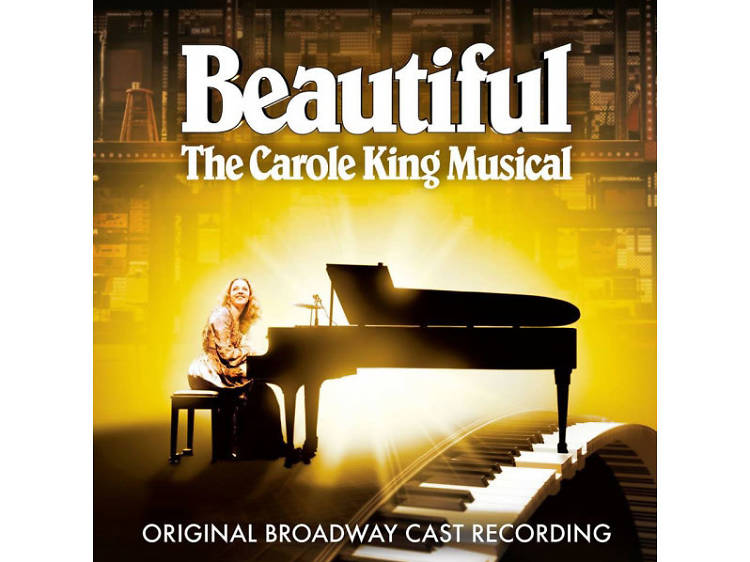 The plot has thickened, and our heroes are mired in trouble. Can their hopes for happiness survive? Doubt sets in. Jessie Mueller, as Carole King in Beautiful, conveys the heartbreak of this moment through one of King’s several classics of wised-up rue. 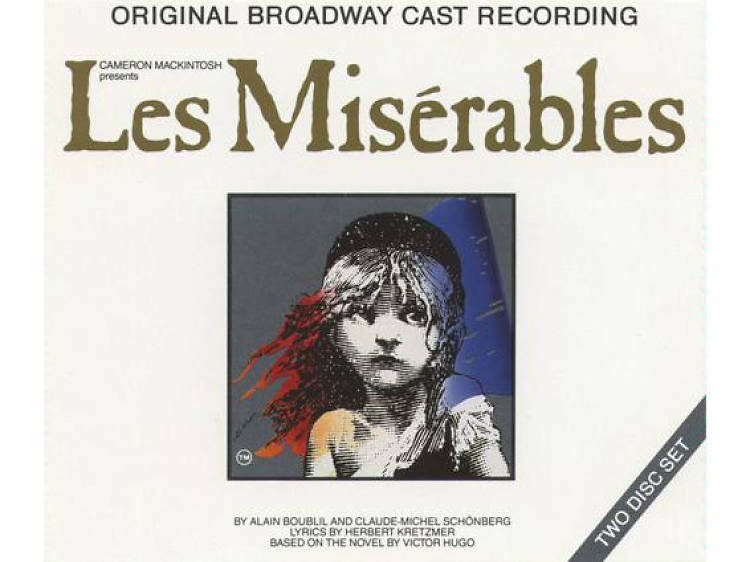 The first act should end with a bang of suspense to send the audience into the lobby on a high. Perhaps no Broadway tuner has ever done this more effectively than Les Misérables’s “One Day More,” which musters all of the show’s major characters and musical themes into one great shove into intermission. 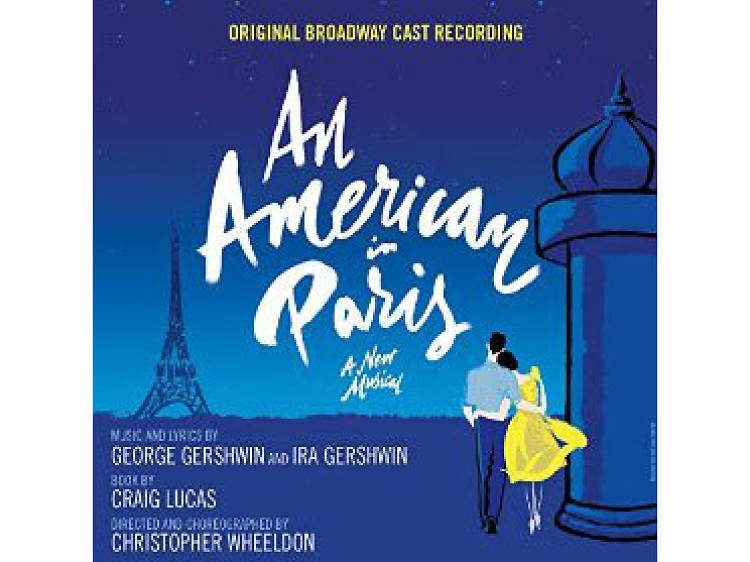 11. Entr’acte: Entr’acte (An American in Paris)

Overtures may be mostly out of fashion, but that doesn’t mean we can’t still enjoy them—or their little siblings, entr’actes, which open the curtain for Act II. In An American in Paris, the orchestra teases us with snippets of Gershwin’s “Stairway to Paradise” and “I Got Rhythm.” Who could ask for anything more? 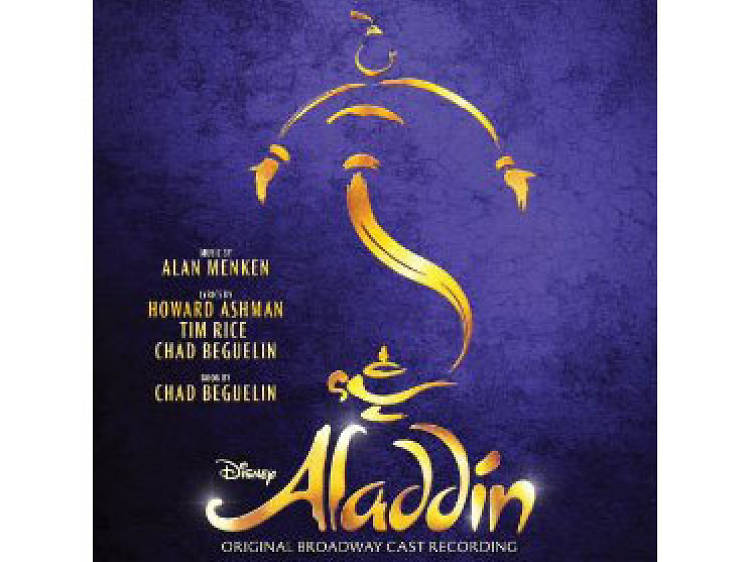 The start of the second act is a great slot for a huge, flashy, pull-the-stops-out production number. And there’s no huger, flashier, more stop-pulling one on Broadway than Aladdin’s “Friend Like Me,” in which James Monroe Iglehart’s Genie makes musical-theater wishes come true. 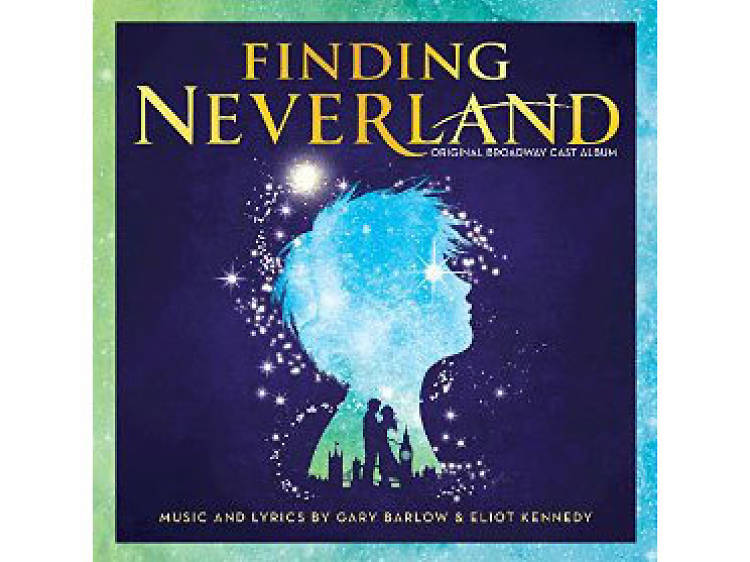 The hero may be down in the dumps, but he or she can get back on track—with a little friendly encouragement, of course. That comes courtesy of Matthew Morrison as Finding Neverland’s J.M. Barrie, who is singing it to a sad boy he knows and, in the process, to himself. 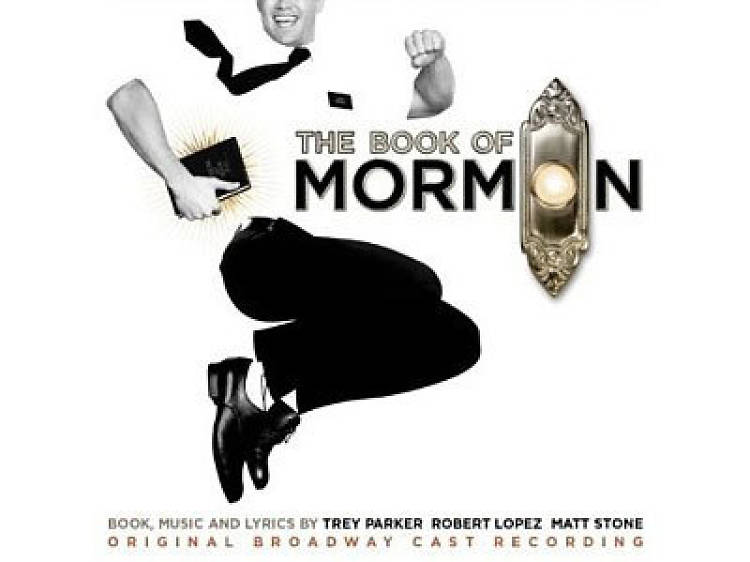 Where would the classic Broadway musical be without songs of hearty faith, no matter how misplaced? The Book of Mormon’s version, sung by Andrew Rannells as a beaming missionary in Africa, twits the genre’s characteristic optimism by emphasizing its underlying sense of denial, to hilarious effect. 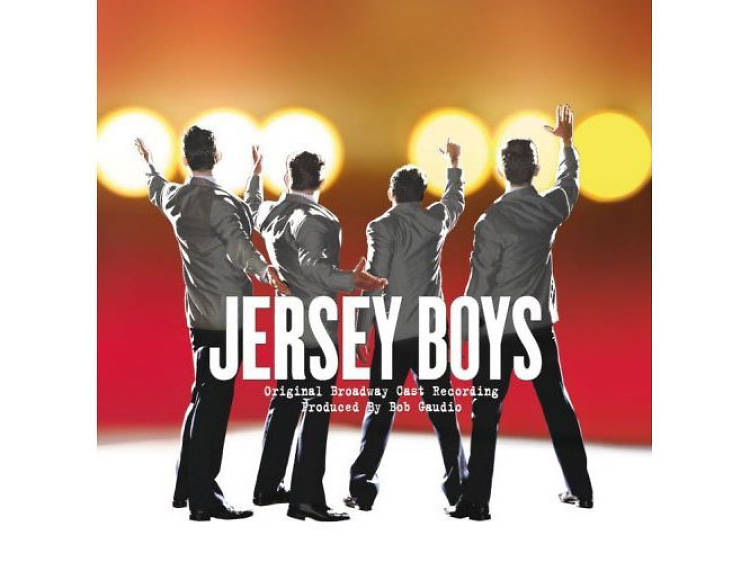 15. Recovery Song: “Working My Way Back to You” (Jersey Boys)

The hero’s journey continues and builds speed as the show wends toward what we trust will be a happy ending. Here that trip is boosted by a classic Four Seasons pop song from Jersey Boys, featuring a high-flying John Lloyd Young as Frankie Valli. 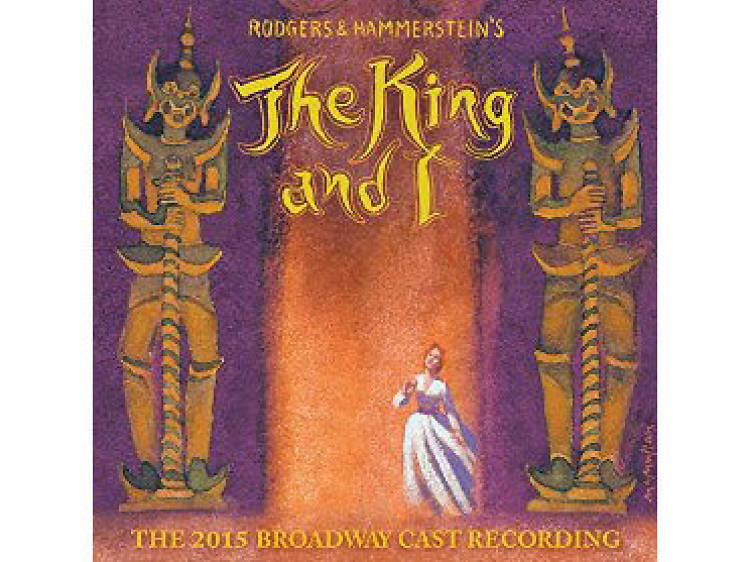 A big song for late in Act II is known as an 11 o’clock number, because that’s when it happened back when shows started at 8:30pm. But 9:30pm on weekdays number doesn’t have the same ring, so let’s keep the term—and fill the slot with a noble-lady classic by Rodgers and Hammerstein, sung here by Ruthie Ann Miles. 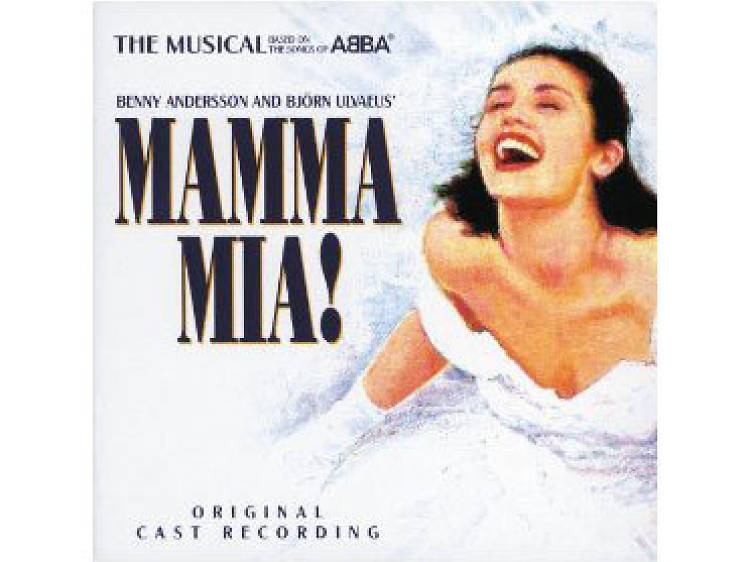 The happy ending arrives! And it has exclamation points! Not in the name of the song, in the case of ABBA’s “Mamma Mia,” but in the name of the show named after the song! Which should count! Old Man Trouble has packed his valise and gone, the lovers are reunited and almost all is forgiven! 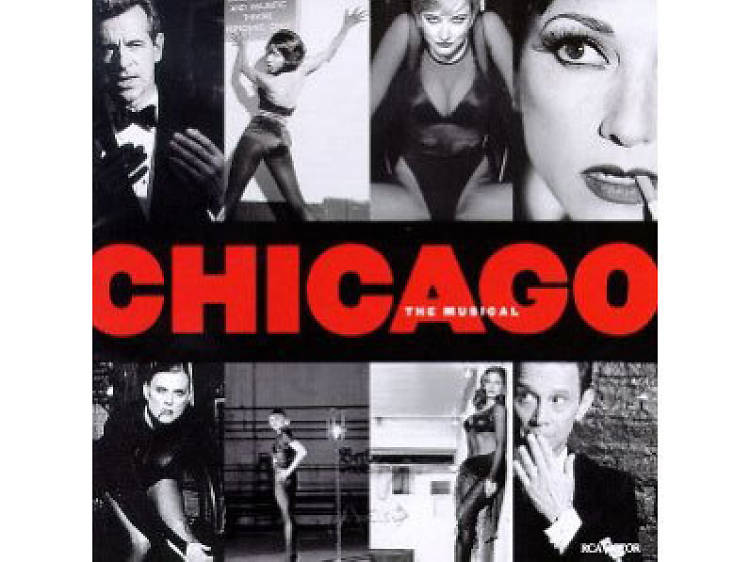 Come on, people, are any endings really happy? The Broadway musical is no dummy. For decades now, it has leaned toward endings that are bittersweet or ironic in tone. Case in point: the excellent climax of Chicago, a wry vaudeville act by murderers (played by Bebe Neuwirth and Ann Reinking in the still-running 1996 revival). 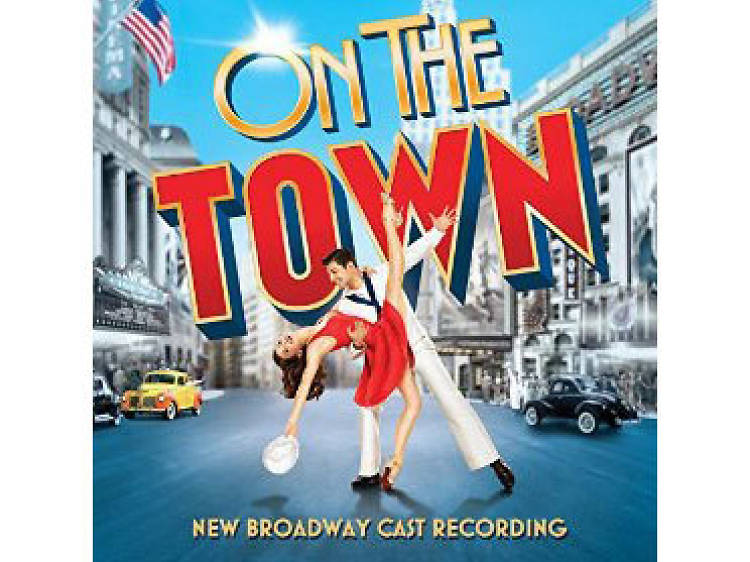 But we can’t end our musical on that note. A more hopeful envoi is in order. And here it is, thanks to the last moments of On the Town. The three sailors of the musical’s story having departed the stage, three new sailors pop right up to take their place. On Broadway—in the heart of New York, New York—new stories happen all the time.

Listen to the Broadway playlist on Spotify