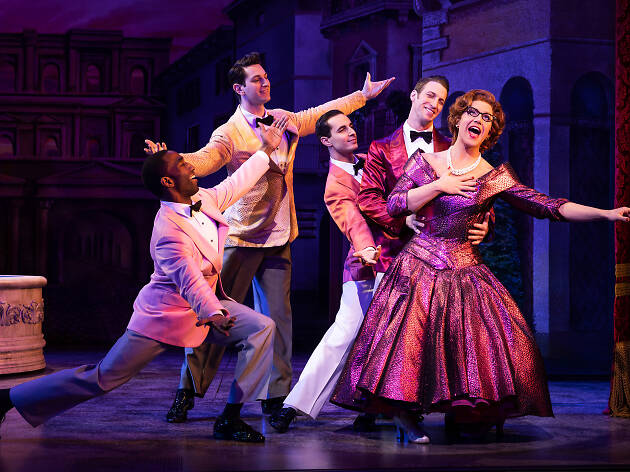 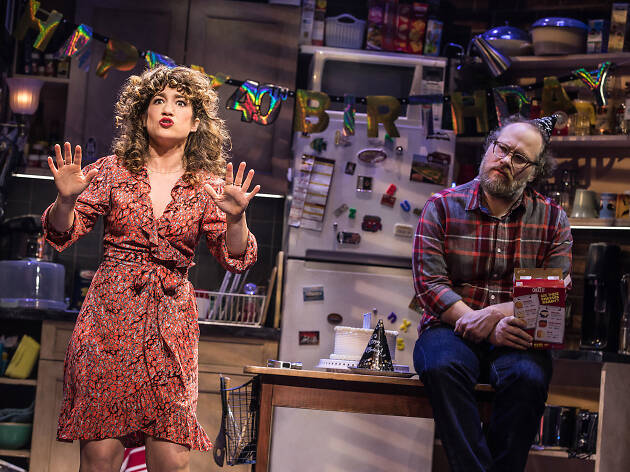 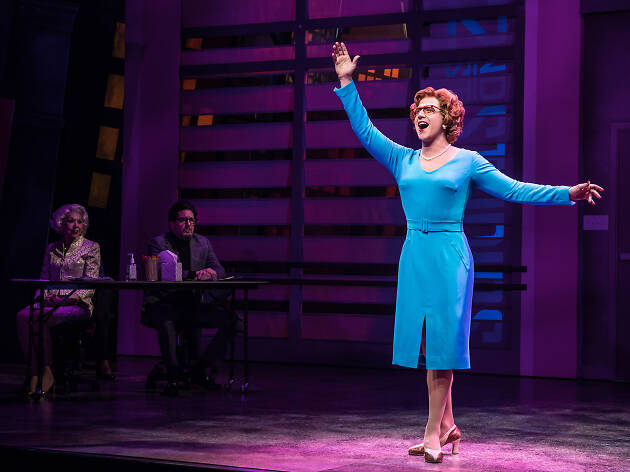 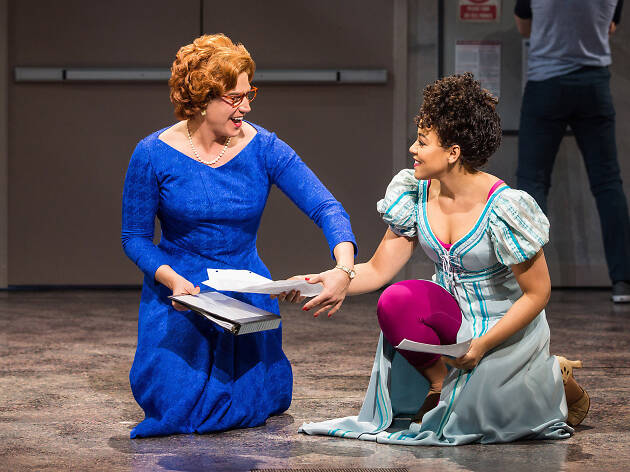 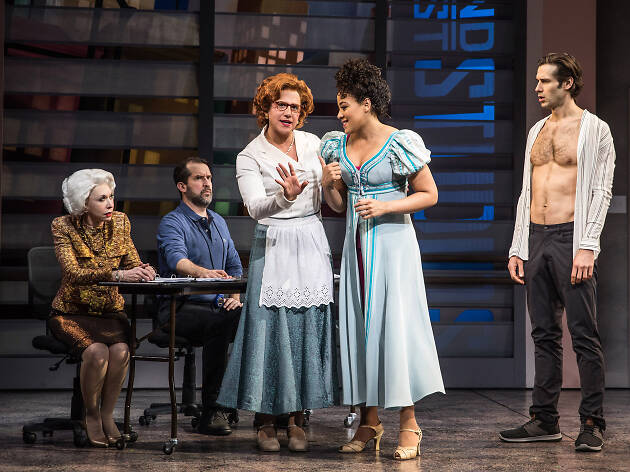 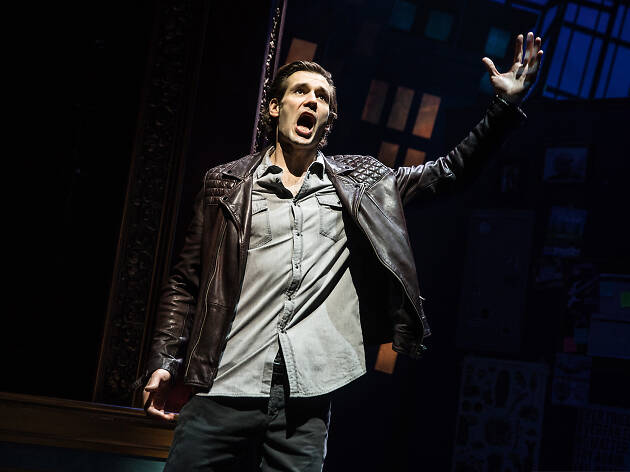 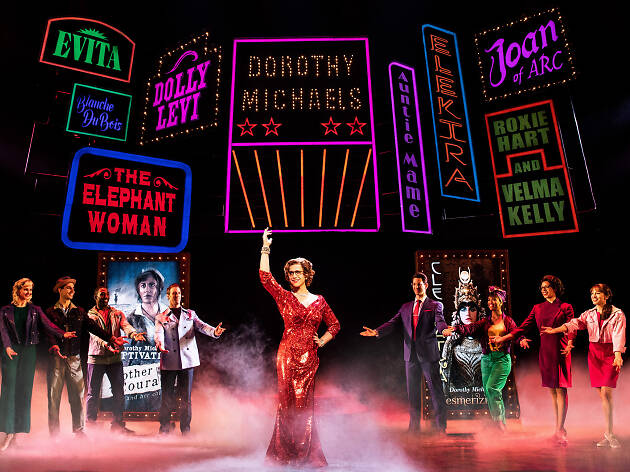 Broadway's Tootsie is great for a laugh.

The most glorious words in the English language, the director of the show-within-a-show in 42nd Street once declared, are musical comedy. But few musicals on Broadway these days live up to the second part of that term: They evoke fond chuckles of appreciation, but they don’t suck the laughs from your belly. Enter Tootsie, all dolled up in a red sequined gown, to drag out the real comic goods. Let other shows mope or brood or inspire, as some of them do very well. This one is out to give you a good time, and that’s just what it does. Tootsie rocks. Tootsie rolls. Tootsie pops.

Santino Fontana, in the performance of his career to date, stars as Michael Dorsey, a talented but difficult actor whose professional clock is ticking. Broke, unemployable and newly 40 years old, he feels increasingly desperate: “Caught in the gap between ‘What the hell just happened’ and ‘What the hell is gonna happen next.’” Through a neurotic ex-girlfriend, Sandy (the magically amusing Sarah Stiles, in Bernadette Peters curls), he learns of an open role in an ill-conceived musical sequel to Romeo and Juliet called Juliet’s Curse. Disguised in glasses, a blue dress, a teased-out wig and a clipped Southern accent, he reinvents himself as an actress named Dorothy Michaels, auditions for the show—and lands the part.

Robert Horn’s crackerjack script, the funniest book of a Broadway musical since The Book of Mormon, evinces uncommon finesse in its approach to updating the revered 1982 movie to a modern-day setting, maintaining the material’s farcical core while massaging aspects of the film that have aged less well than others—including the fact that its central arc is, unavoidably, a straight-white-guy learning curve. A second-act shift in Michael’s relationship with his costar and love interest, Julie (Lilli Cooper), is just one of the cocktail’s twists.

This is the rare musical in which the book outshines the score. At their best, David Yazbek’s songs are densely wordy and nervy; elsewhere, they are merely agreeable, and sometimes a skosh underbaked. But Tootsie is packed with great zingers and character jokes, and director Scott Ellis’s bright, snappy production has assembled a murderers' row of actors to put them over: the wonderfully comfy Andy Grotelueschen as Michael’s sardonic roommate; John Behlmann as a handsome reality-TV hunk with washboard abs and a washout brain; the priceless Julie Halston as a rich producer; Reg Rogers as a slimy director; Michael McGrath as a fed-up agent. Though it pokes a lot of fun at them, Tootsie is a show that loves actors. They love it right back, and they lift it to glory.